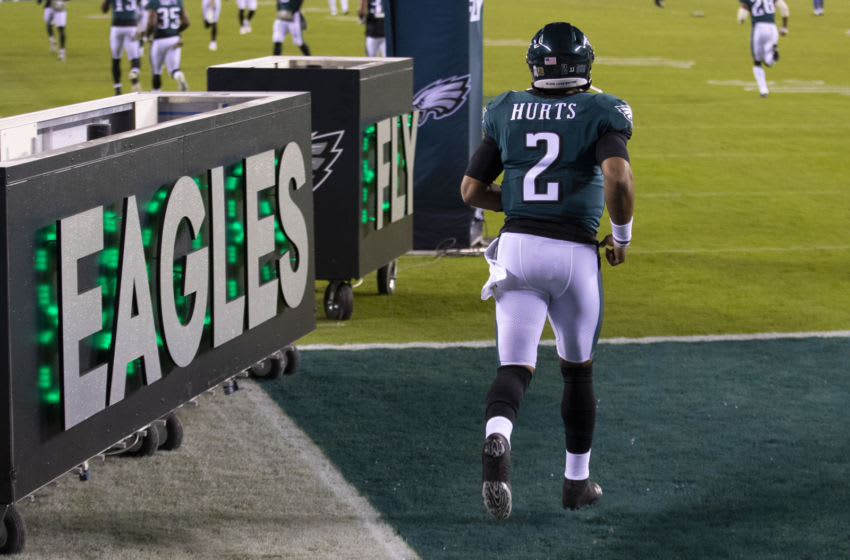 Have you heard the good news? That FOOTBALL IS BACK ON THE MENU??? With an extra week added too! Football, with a side of football with some more football for dessert. And just when you were getting ready to consume your unhealthy amount of football over the course of the next 5 months, here comes SNAX with his SUICIDE ELIMINATION POOL nonsense.

But this isn't your regular BGN Pool, it's the 10 YEAR ANNIVERSARY of the Suicide Elimination Pool hosted here on BGN. Did'ya know that BGN has existed for over 10 years? Isn't that weird? What's also weird is that I have a PRIZE this year for the winner of the 10th annual BGN Elimination pool. 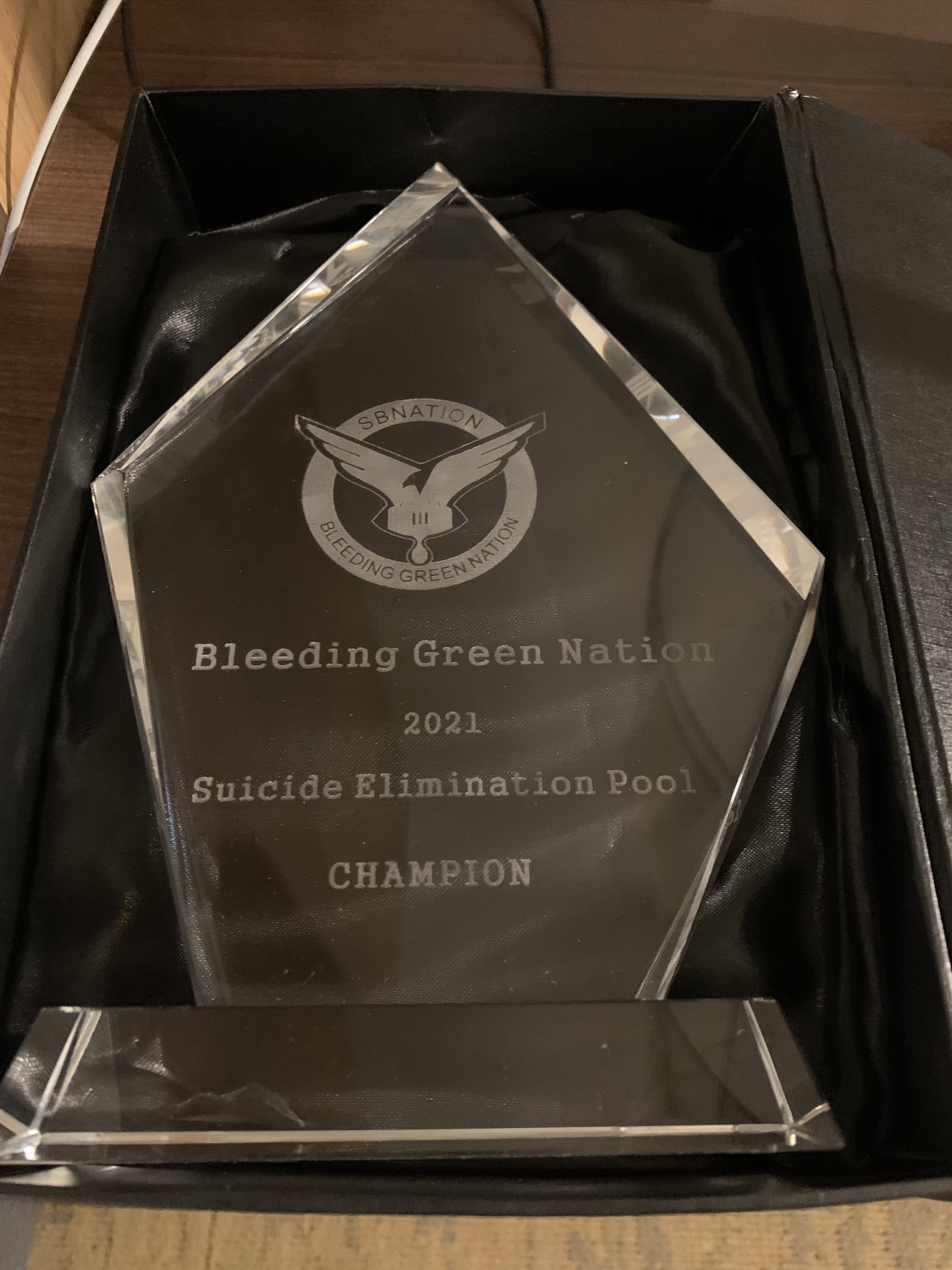 YOU can win this trophy as a constant reminder of how you defeated your Eagle fan peers in a game of general NFL Knowledge and Luck. Not you specifically but YOU in general. You know what I mean?

Lets take a look at history of the BGN Suicide Pool and some PRIZELESS winners.

2020: SaturdayNightKless [16 Weeks] (I actually did have that shirt made, but y'know, don't know your size, or address, or how to contact you on BGN and what not. And the shirt didn't come out how I thought it would etc.Just @ me in the comments)

Uhhh yeah, so here are the rules I've been copying and pasting for years with slight changes every now and then. Hopefully they're still sufficient.

Reminder, you make your picks in this thread. Then there will be a new thread for each subsequent week.