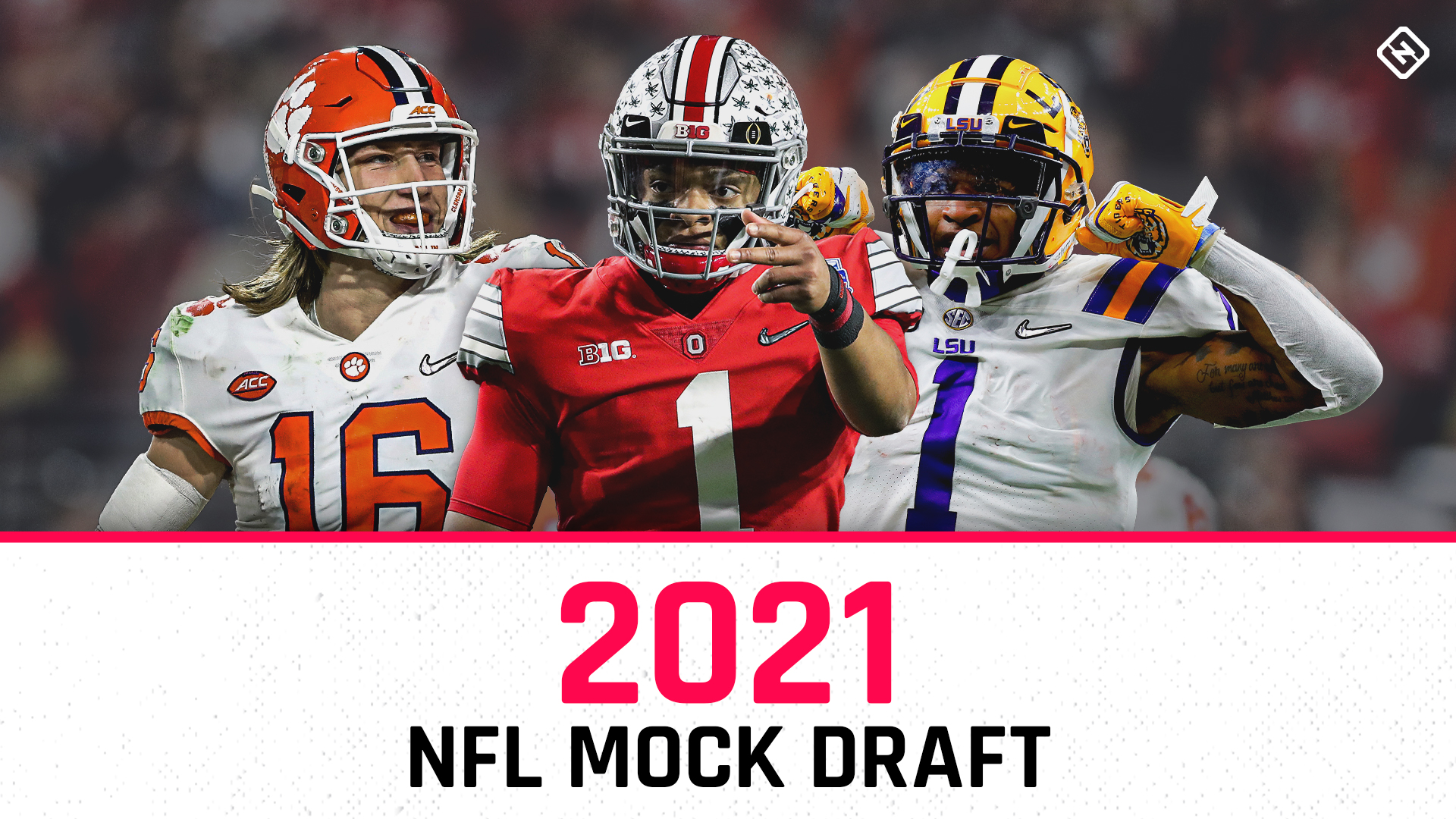 You know the deal, won't waste your time with paragraphs. No trades, because they're unpredictable. Also, this is based on what I would do if I were each team's GM, not what I think they will do. Let's get it started: 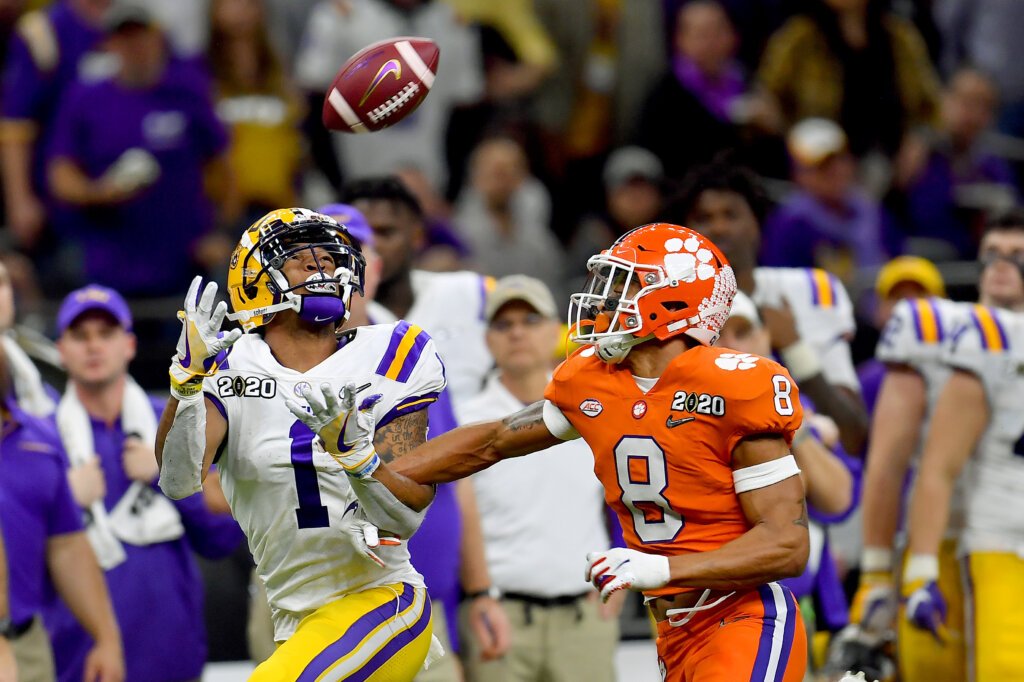 I don't think anyone needs reminders as to why Chase is the best pick for the Eagles. They got their speedster last year in Jalen Reagor, who has upside but is clearly not a #1 option. Chase is an all-around great talent with speed, size, and talent to boot. He's shown he can run routes with precision, use his hands to gain leverage, and read defenses. Chase sat out for the 2020 season due to covid concerns, but in 2019 he caught 89 passes for 1780 yards and 20 TDs. He would give the Eagles a true offensive weapon to build around. 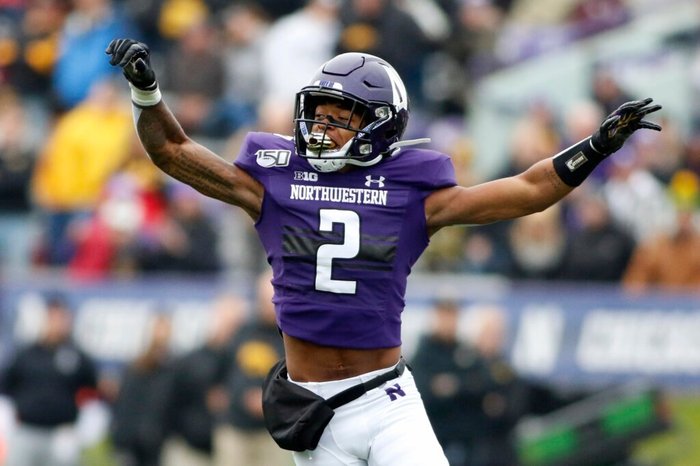 Height: 6'1" | Weight: 190 lbs | Projected 40 Time: 4.55 secs
Greg Newsome is a name to watch out for as a draft riser. He dealt with some injuries in college, missing out on showcasing his talents in the Big 10 Championship against Ohio State. Nevertheless, Newsome has displayed the ability to be a shut down perimeter defender. Kyle Crabbs of The Draft Network describes him as "an exciting cornerback prospect who will offer an NFL franchise plenty of appeal as a potential starter on the perimeter. He's showcased strong ball skills and length to pair with high-end levels of flexibility and functional athleticism." The Eagles need a #2 corner to pair with Darius Slay on the outside, then the slot can be left up for competition between Maddox and LeBlanc. 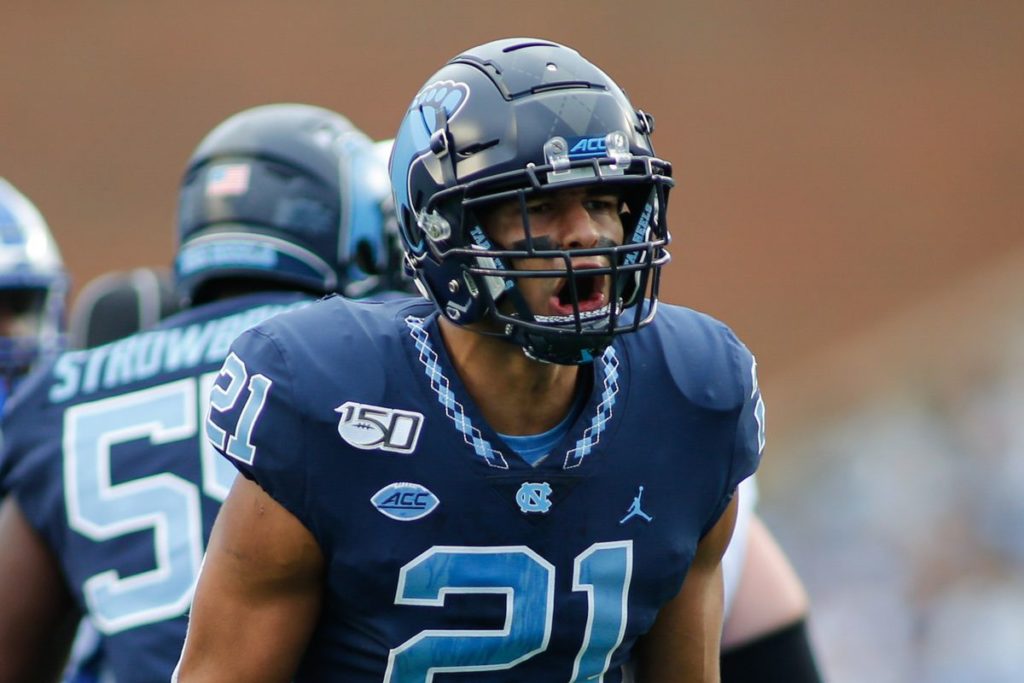 Chazz Surratt is a former Tarheel starting QB, now stud linebacker, who knows how to read offenses and assign coverages. In 2019, he was selected 1st Team All-ACC, and runner up ACC DPOY, with 115 tackles, 15 tackles for loss, 6.5 sacks, and 1 INT. In 2020, as a more coverage-focused player, he recorded 91 tackles, 7.5 tackles for loss, 6 sacks, and 1 INT. Surratt is an ideal pursuit-style 4-3 outside linebacker, who brings value on every down, with upside in coverage. 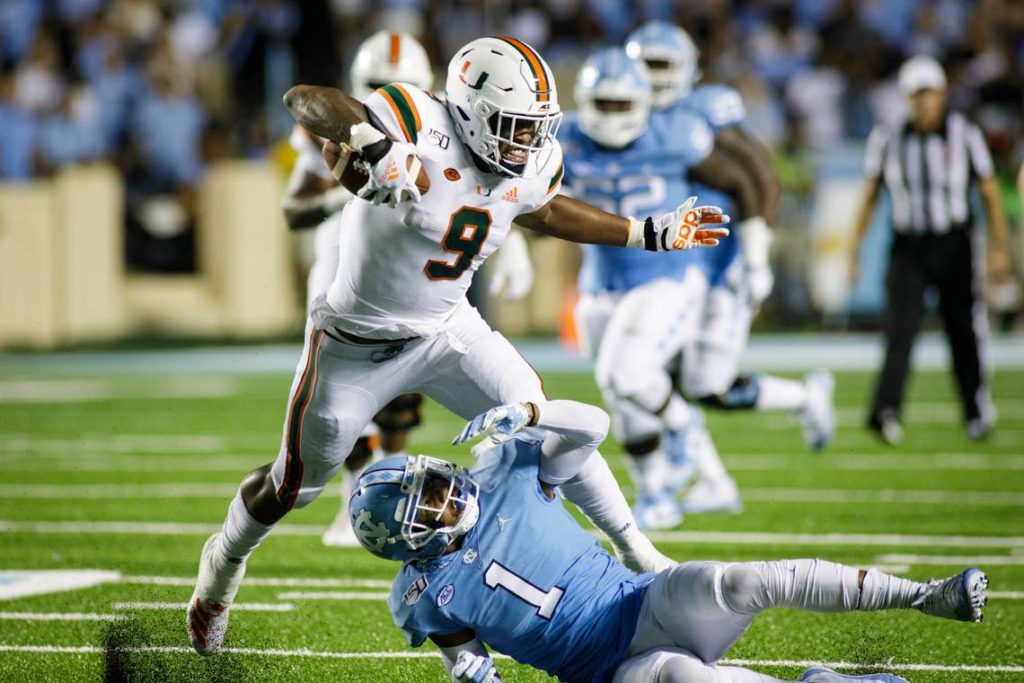 The the probability of a Zach Ertz trade on the horizon, the Eagles will now look to improve at the tight end position, given the lack of talent behind Dallas Goedert. Brevin Jordan is a talented weapon, who was used all over the formation in the Canes offense. He brings an exciting blend of size and athleticism, with fluid route running, precise hands, and competitive blocking. Jordan had 38 catches, for 576 yards, and 7 TDs for a 15.8 YPC in 2020. He will need to learn a full NFL route tree, and add more functional strength to block at the next level, but he could be a dangerous weapon if used correctly. 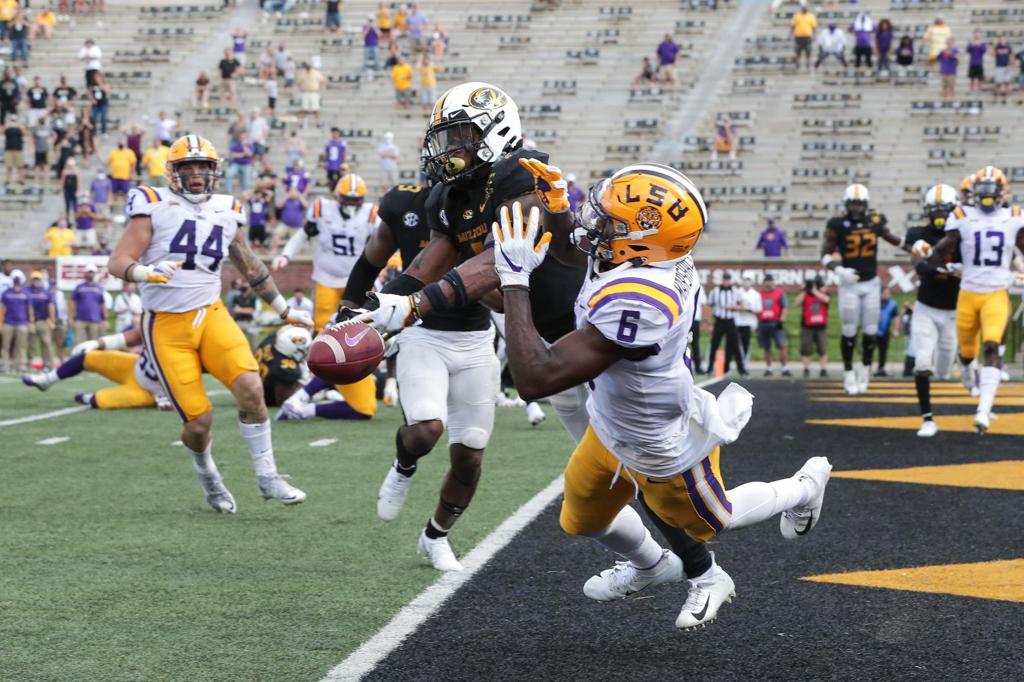 The Eagles have some decisions to make at the safety position. Rodney McLeod is signed through the 2021 season, and was playing well until he suffered a torn ACL vs New Orleans in week 14. Jalen Mills transitioned from outside corner to safety, his natural position in college, and was solid yes unspectacular. K'Von Wallace was drafted in the 4th round as ready contributor in the 3rd safety role, but struggled when forced into play time. Bledsoe is a versatile hybrid defender who can drop down into the box, play in the nickel, or line up in the slot. He has the athleticism to play single-high, but has taken sparing reps there. Bledsoe had a nice season for Mizzou in 2020, including a game-saving pass breakup versus Clemson. He projects as a team's 3rd safety, featured in the d-gap/slot with upside to start. 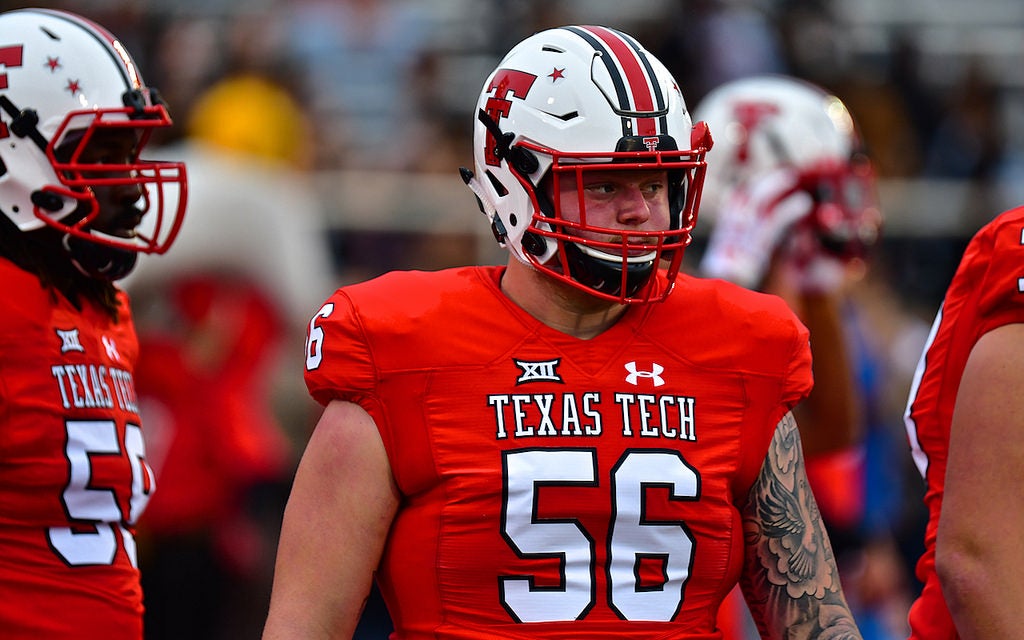 There's some optimism for the Eagles moving forward, that their nightmare of endless offensive line combinations can achieve some level of consistency and health in 2021. On paper, an OL made up of Dillard/Mailata, Seumalo, Kelce, Brooks, and Johnson is a pretty good one. Not to mention, much of the young depth now has experience, some of whom played well when thrust into starting roles. Jack Anderson is a versatile inside blocker from Texas Tech, with experience at both guard positions. He's displayed the capability to succeed in both pass protection and run blocking, with good footwork, use of hands, and balance. He'll need to gain some size and strength for the next level, but he profiles as a developmental guard with starter upside.
NFL Comparison: Weston Richburg 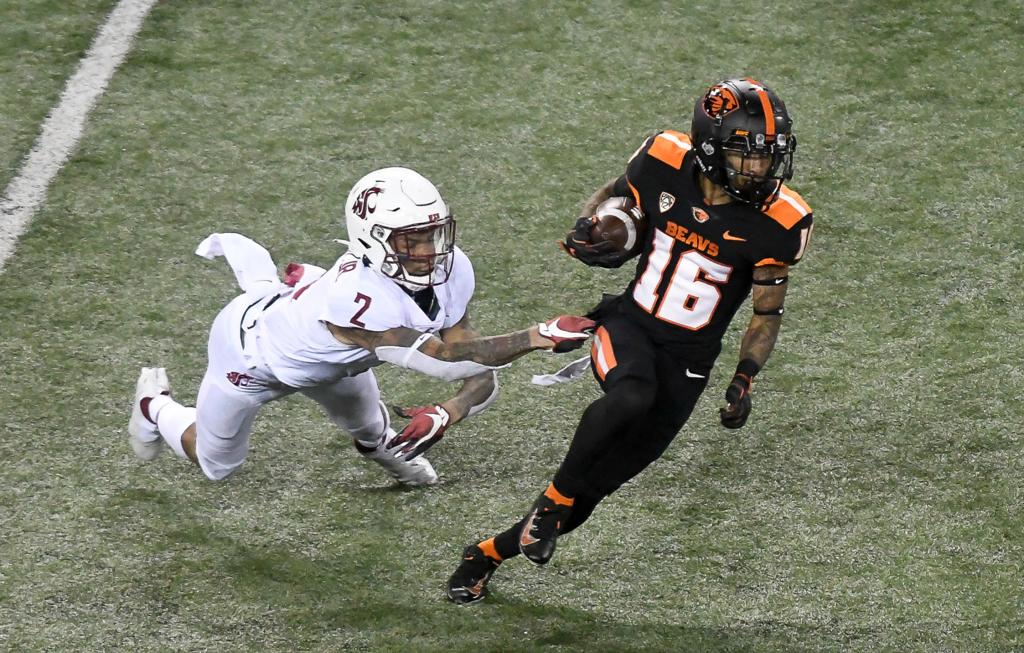 The Eagles already have an explosive 1-2-punch with Miles Sanders and Boston Scott, but they've been searching for a functional 3rd option. Corey Clement could come back, with hopes he'd run better behind a healthy OL, but he might be better off remembered for his superbowl heroics instead. Jermar Jefferson has been a productive yardage gainer for the Beavers, with good agility and body control as a ball carrier. He's also a dangerous weapon in the passing game, showing the ability to make catches in space, be creative in the open field, and chip into routes. His lack of overall speed, or a second gear makes him more viable as a change-of-pace back in a committee. We'll see how the RB room is handled with Duce moving on.
NFL Comparison: James White 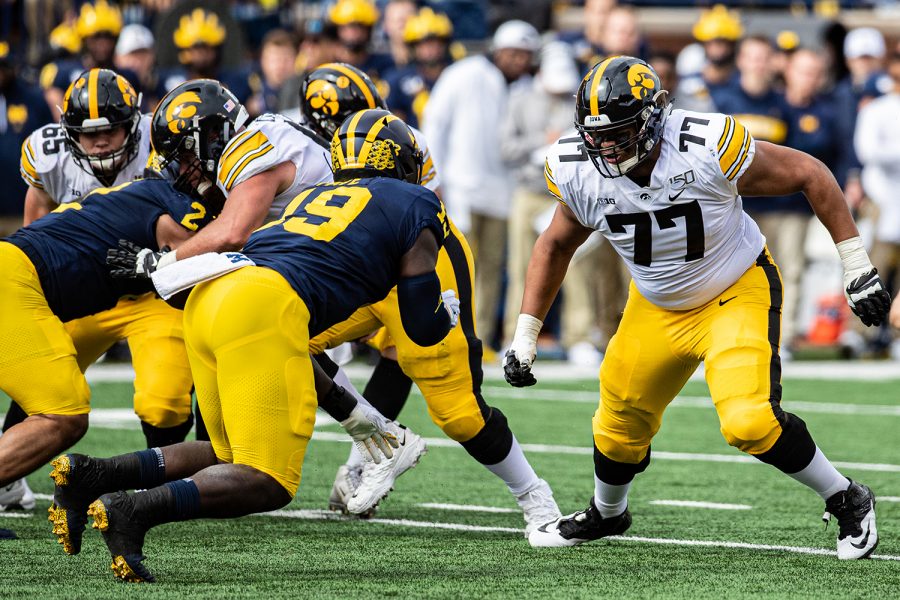 The Eagles have good depth at offensive tackle, despite some trade rumors surrounding 2019 1st round pick Andre Dillard. Aussie product Jordan Mailata looks like a possible starter, or swing tackle, and 2020 6th round pick Jack Driscoll can play every position on the line not named center. That said, more depth is not always a bad thing. Alaric Jackson comes out of an offensive line factory at Iowa, and while his upside might have plateaued in college, he's an experienced 4 year starter, who can immediately contribute as a utility backup. 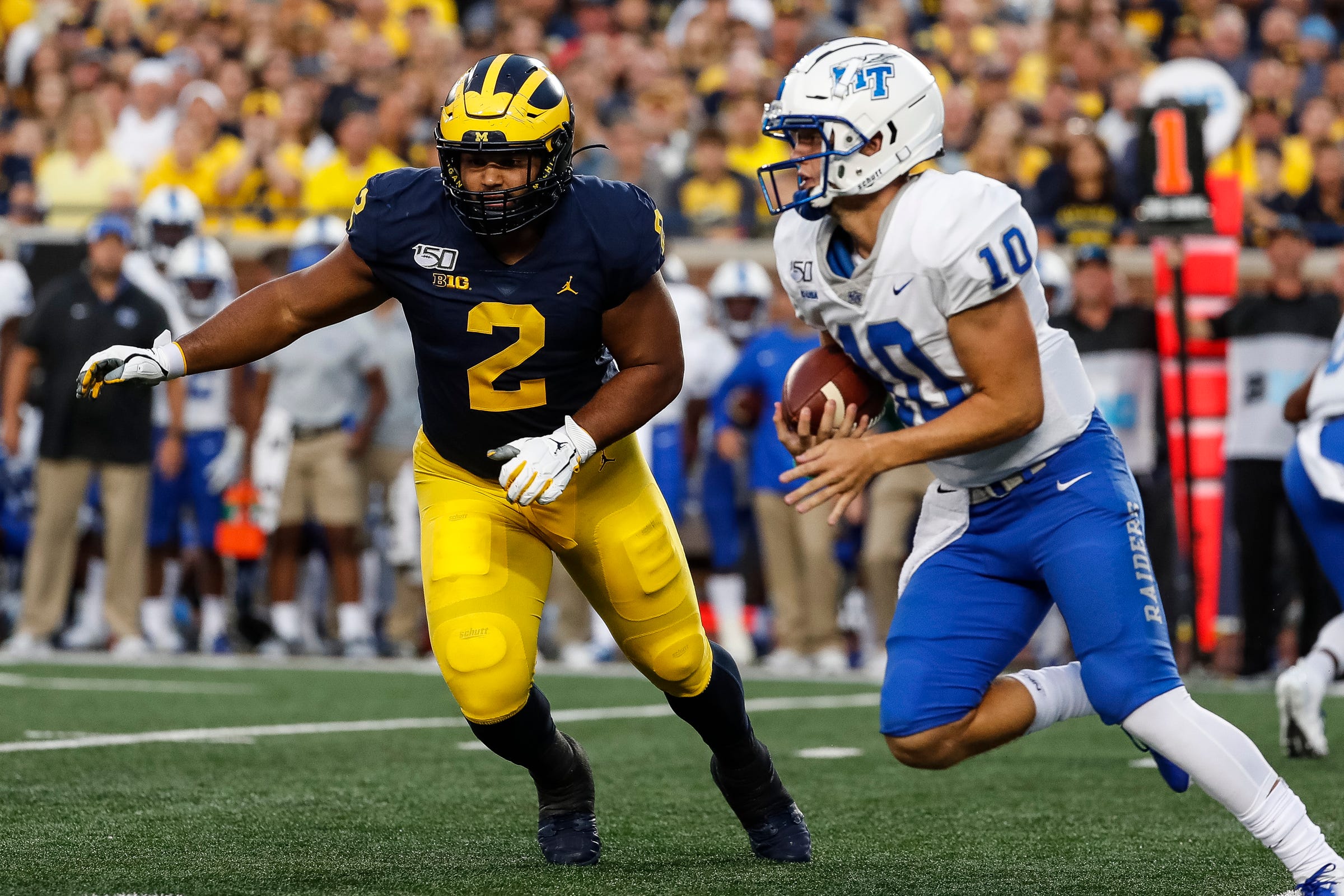 Fletcher Cox and Javon Hargrave are the starters at defensive tackle for the Eagles for the next few years. Hassan Ridgeway also projects to return as the 3rd option. Carlo Kemp didn't plaster the stat sheet, but he lined up from every position on the defensive line, showcasing the ability to create pressure and defend against the run. He needs to gain weight for the NFL, but he projects as a viable interior pass rush specialist.