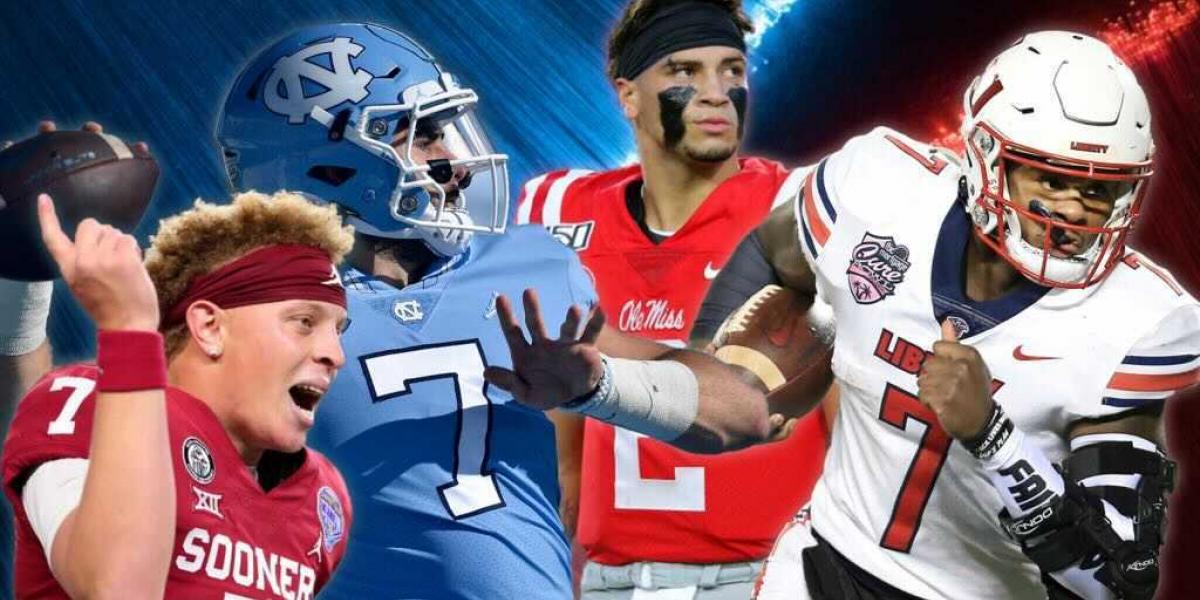 Happy holidays bird gang! Today we're starting a new series with the college football season in the books, and the NFL season coming to a close. We'll be examining the top prospects at each position in the draft. The Eagles own 3 first round picks, and 5 total picks in the first two rounds, so there's a great opportunity to add a lot of talent to an aging depleted roster. Today we'll be looking at quarterbacks, and I'll be grading them on 5 aspects: passing, progressions, mechanics, mobility, and leadership. Is Jalen Hurts the answer? His ability to make reads and pass consistently has been called into question, but he was also just named a pro-bowl alternate. The Eagles might look to take a signal caller with one of the first rounders in 2022 regardless. Let's get into it: 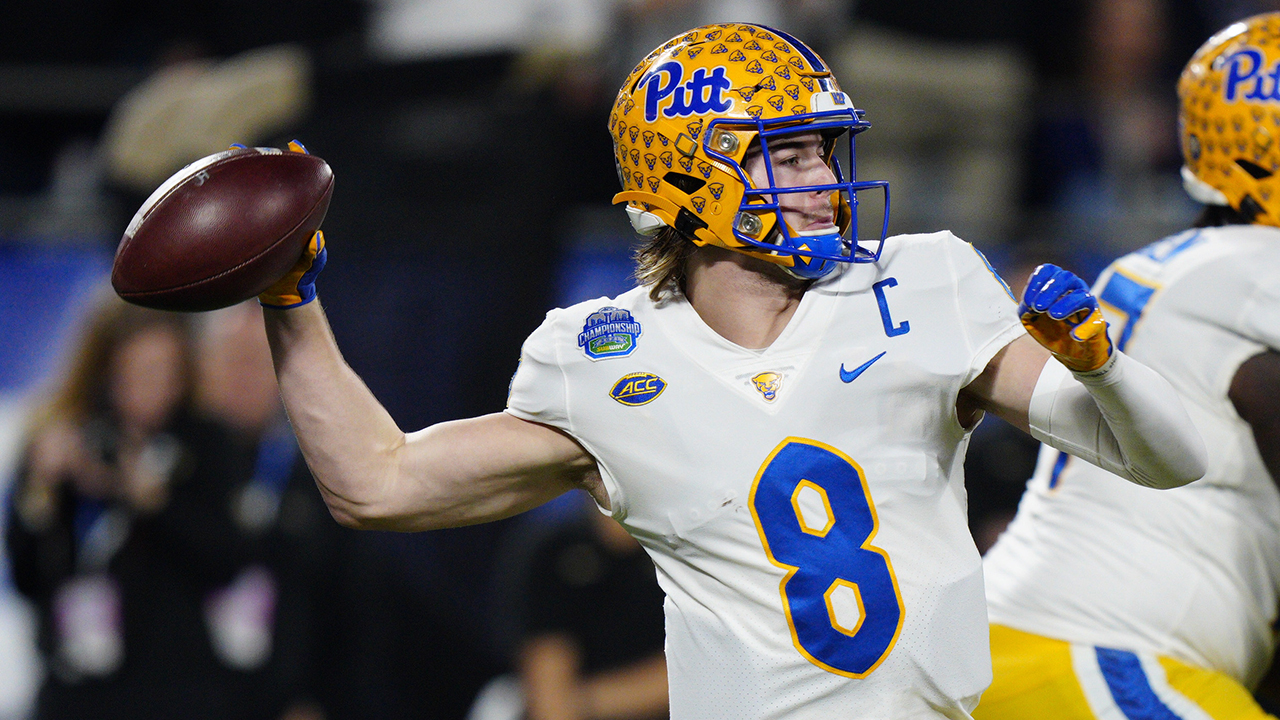 Wow what a senior season Kenny Pickett had for Pittsburgh, as he saw a meteoric rise in his draft stock, leading the Panthers to an 11-2 record and an appearance in the Peach Bowl versus Michigan State. Mostly an afterthought in the draft to start the season, Pickett threw for 4319 yards, 42 TDs, and 7 INTs, on a 67.2% completion, and a 8.7 YPA. Pickett brings good size, mobility, accuracy, poise, toughness, and leadership to the table. He's a terrific vertical passer that can work off-script, and has great command and confidence running the offense. 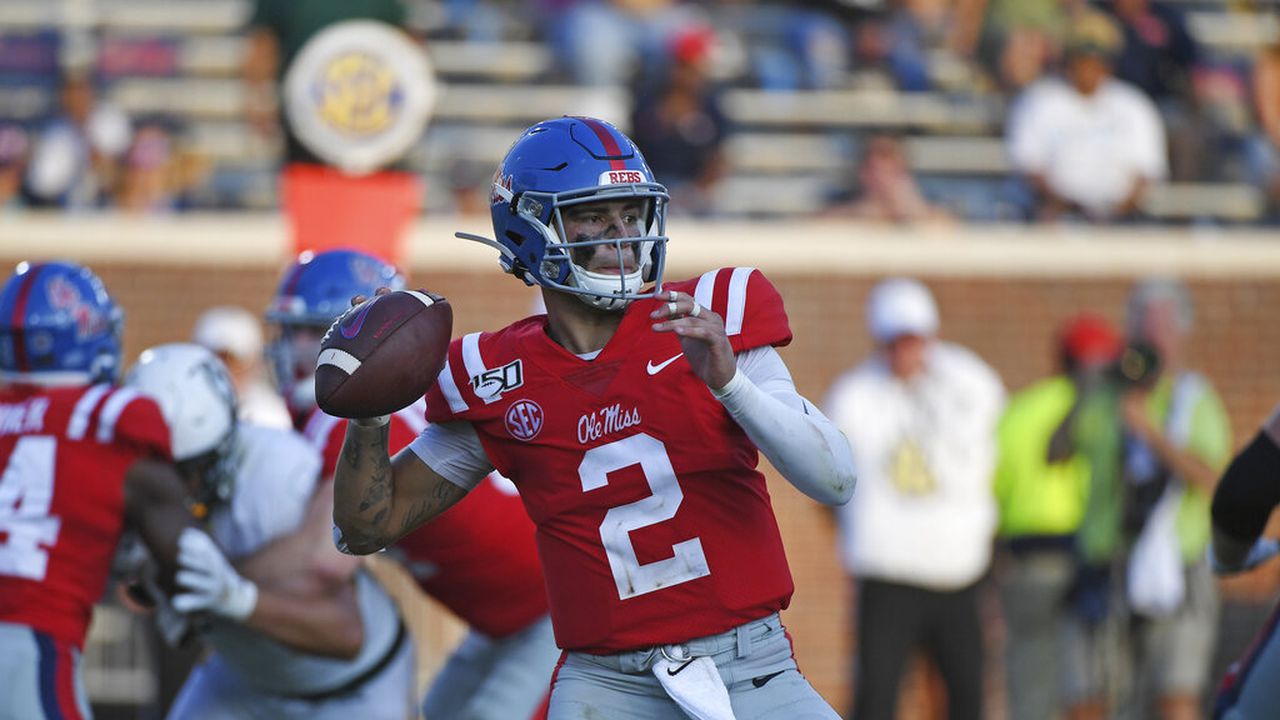 Matt Corral faced a 3rd to 5th round grades prior to the start of the college football season, but he really turned those projections on their heels with a lightning fast start out of the gates. As the year went on, his production simmered down, but he still earned himself a quality season and substantially helped his draft outlook. For 2021, Corral threw for 3339 yards, 20 TDs, and 4 INTs, on a 68.4% completion, and a 8.8 YPA. He also picked up 597 yards on the ground and 11 TDs. Corral presents a high upside quarterback with superior traits, that could stand to sit behind a veteran for a season as he adjusts to an NFL offensive scheme. 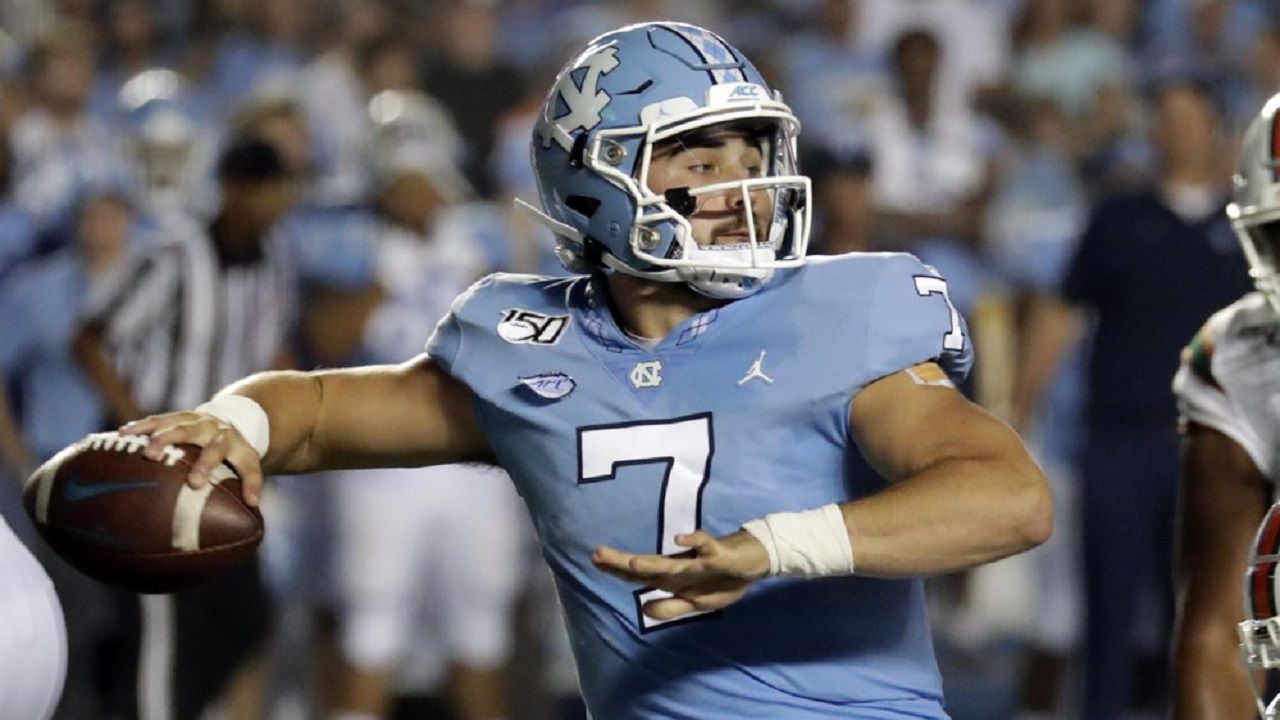 Sam Howell was one of the big 3 quarterbacks to start the year, and although he came out a little cold throwing a clunker against Virginia Tech, he managed to shore things up and put together a decent season. He did however, fall short of projections with a down year by comparison. In 2021, Howell threw for 2851 yards, 23 TDs, and 9 INTs on a 62.7% completion, and a 8.7 YPA. He also picked up 827 yards on the ground and 11 TDs. Howell is a safe pick as a consistent producer at the college level, but it shows that he was hurt by the loss of multiple offensive weapons in the previous year's draft. 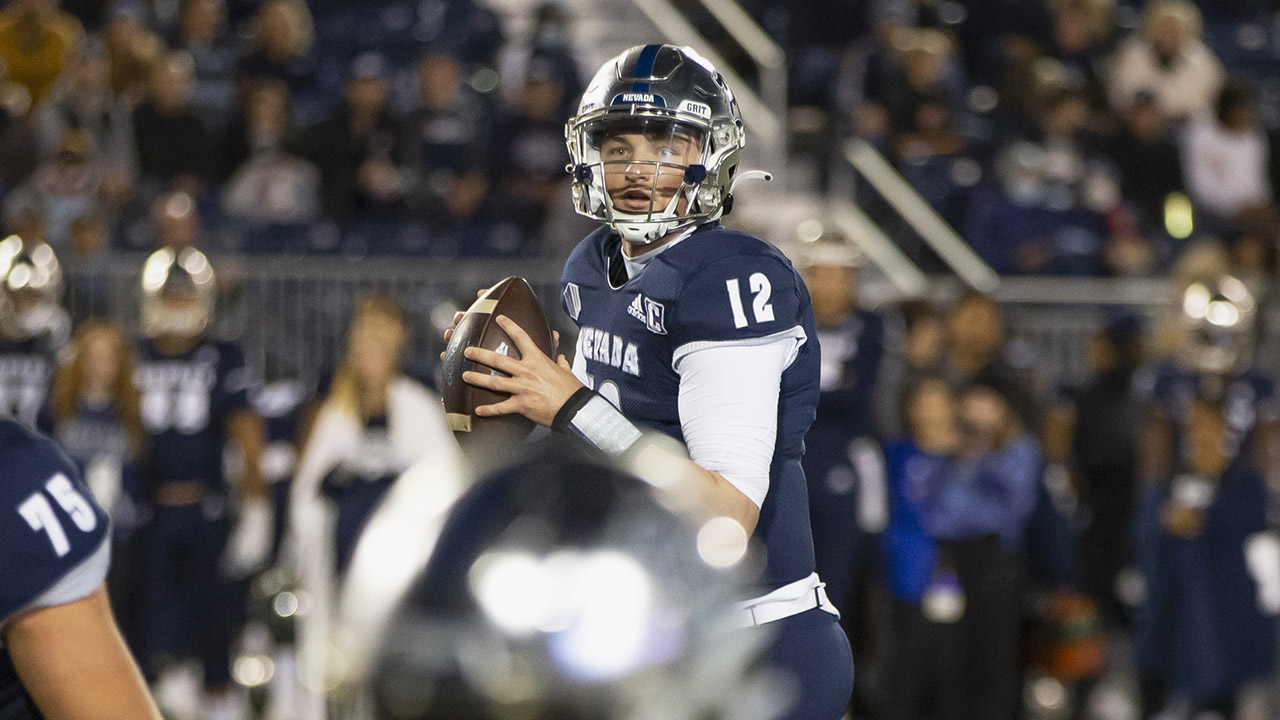 Carson Strong certainly lives up to his last name as a true pocket passer, with a big cannon for an arm. Another quarterback who was not a highly considered draft prospect before the season began, Strong put together a fantastic season, winning Mountain West Offensive Player of the Year in the process. for 2021, Strong threw for 4186 yards, 36 TDs, and 8 INTs on a 70.0% completion, and a 8.0 YPA. Strong is a developmental starting QB with ideal size and arm talent. 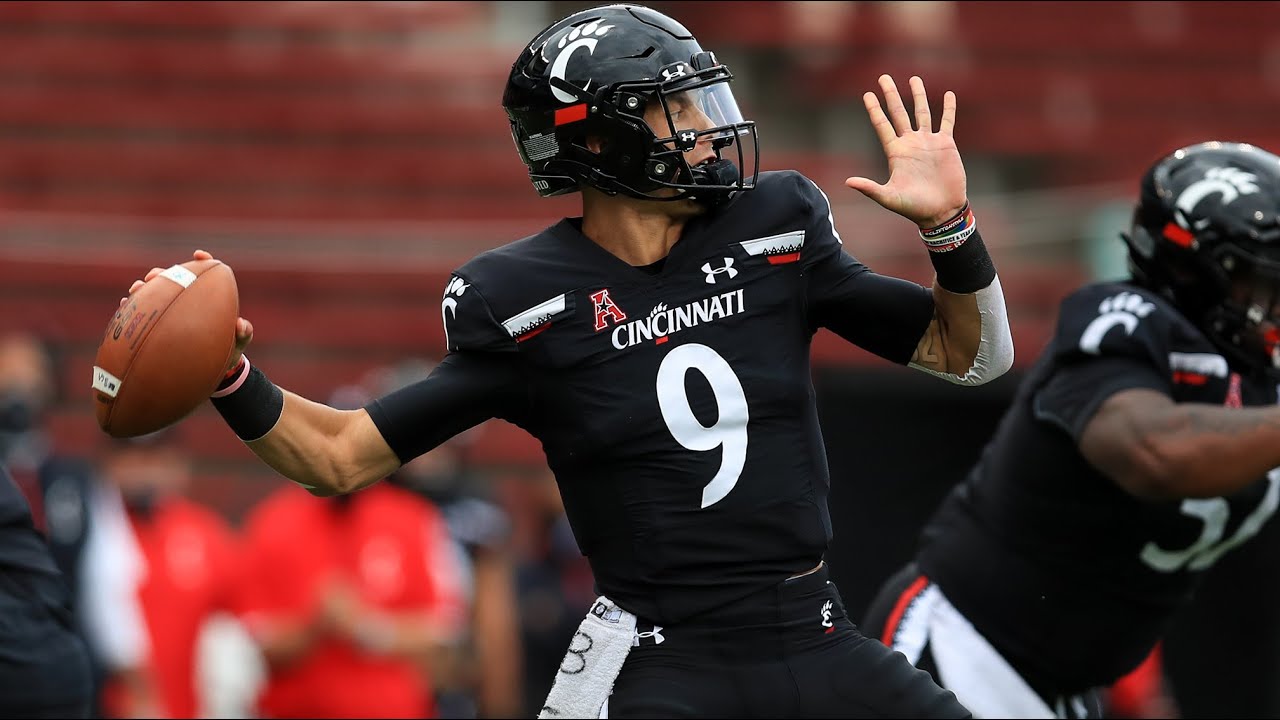 Desmond Ridder is an accomplished quarterback, as a 4-year starter for Cincinnati. He's a big reason why the Bearcats have been such a prominent program over the past few years, despite not playing in a power 5 conference. Despite having a full resume, Ridder is a bit raw in overall development, but checks all the boxes in terms of ideal size, athleticism, arm talent, and leadership qualities. For 2021, Ridder threw for 3190 yards, 30 TDs, and 8 INTs on a 65.9% completion, and a 9.0 YPA. He also ran for 371 yards on the ground and 6 TDs.