Welcome to the 2020 Offseason Roundup. This is a new series where each week we'll look at every position on the team, analyze the status of that position, and determine the best move(s) for that position moving forward into the new decade. 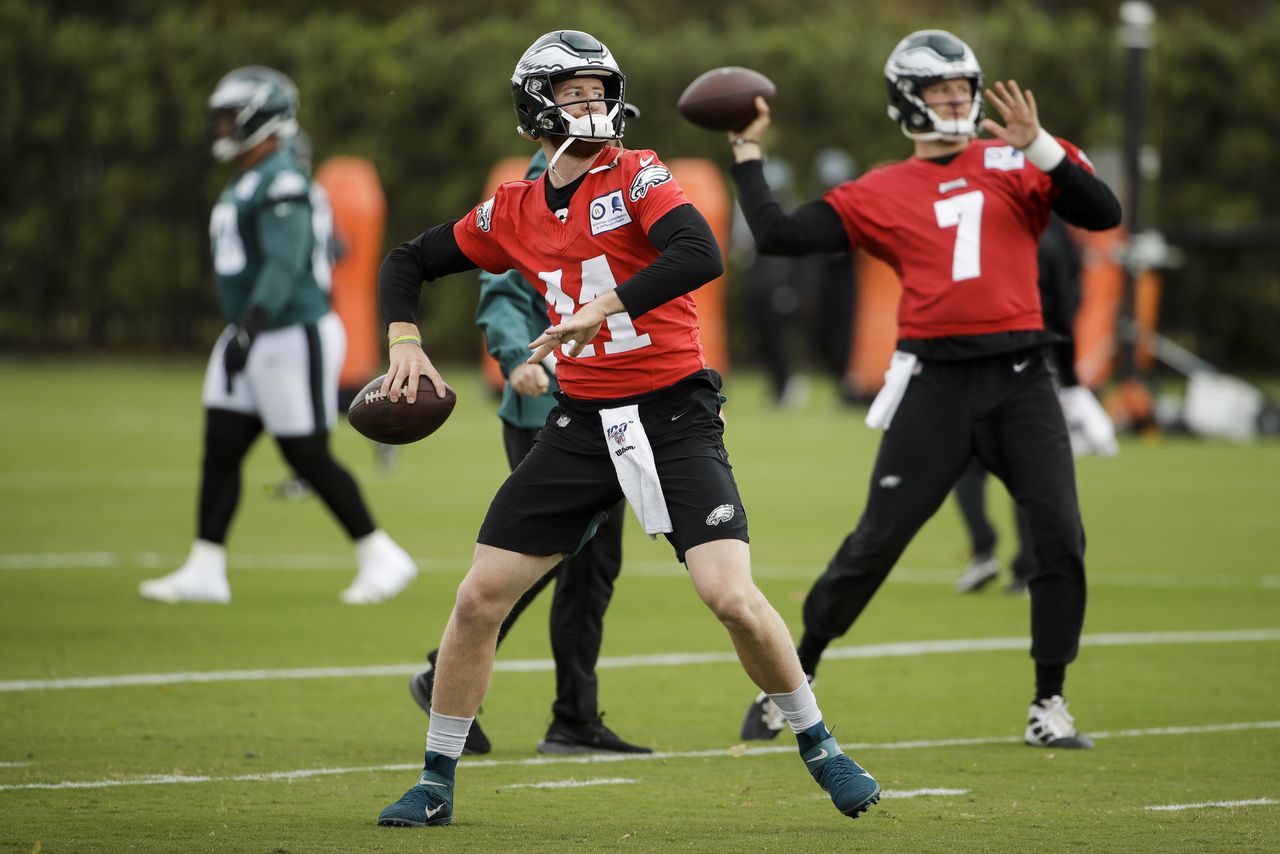 For the past 20 years, the Philadelphia Eagles have been blessed with great quarterbacks. From McNabb, to Vick, to Foles, to Bradford, to Wentz, Eagles fans have had the pleasure of watching their franchise passers make miracles happen on the field week in and week out. Since Doug Pederson and Carson Wentz took over as franchise figureheads in 2016, the Eagles are 38-26 with 3 playoff appearances and a superbowl to their name, so it's safe to say the first 4 seasons under the dynamic duo have been a success.

Despite missing a combined 8 regular season games and both playoff appearances in '17 and '18, the Eagles front office viewed Carson Wentz as the team's future, and locked him up through the 2024 season. This past season, Wentz played a full 16 games for the first time since his rookie year, broke a number of NFL and team records, finished top 5 in TDs, and top 10 in yards. So it's safe to say, he's going to be around for a good while.

Prior to the start of the 2019 regular season, 40 year old Josh McCown was coerced out of retirement, due to Nate Sudfeld's wrist injury. McCown proved a valuable asset due to his extensive knowledge of various NFL playbooks, and even played admirably when forced into action during the wildcard loss to the Seahawks (despite tearing a hamstring in the process.) For 2020, McCown is a free agent. The Eagles have reached out to him in regards to a coaching role, but the soon-to-be 41 year old quarterback has stated he's not ready to retire yet (again). McCown could return to back up Wentz once again, but the front office's desire to get younger insinuates this most likely won't happen. With a loaded QB free agency class, hopefully McCown ultimately decides to take that coaching gig on the Eagles staff instead.

Before his wrist injury in the 2019 pre-season, Sudfeld was slated to be the #2 quarterback on the depth chart behind Wentz, and had previously drawn praise from the Eagles coaching staff, even earning the nickname "Studfeld". For 2020, Sudfeld is also a free agent, and could seek an opportunity elsewhere. But with a previously mentioned loaded QB free agency class, and the fact he's never actually been a true #2, his best bet might be to return to backup Wentz. Bringing Sudfeld back makes a lot of sense for the Eagles too; he's only 26, has familiarity with the playbook, and has been highly regarded by the coaching staff.

Remember when the Eagles moved up in the 5th round to take Clayton Thorson after Easton Stick got snagged by the Chargers? Do you also remember when Thorson looked so bad in camp and pre-season that the Eagles gave up on him immediately and instead added former Giants 4th round pick Kyle Lauletta to the practice squad? That was pretty funny and a total waste of draft capital. Anyway, Kyle Lauletta was once considered to be the heir-apparent to Eli Manning before they took Daniel Jones 6th overall in 2019, at least considering how NYG fans spoke about him. Anyway, there's actually a lot to like about the Richmond product. He has decent accuracy, well-molded mechanics, is considered to be a natural leader, and has experience in a pro-style offense. His only real drawback is a lack of arm strength, which was the source of his interceptions in college, not poor decision-making. The Eagles could see Lauletta as a viable third option behind Wentz and whomever slides into the #2 spot.

If the Eagles decide not to retain either of McCown or Sudfeld, or don't view Sudfeld as worthy of the backup spot, there are a number of viable options in free agency.

Personally, I think the QB position is better shored up in free agency, and with so many other holes to fill on the roster, picking one would be a waste of raft capital. That said, here are some options if the Eagles do end up going in that direction. It's more than likely that a QB wouldn't be picked until day 3 of the draft anyway, so there are no highly rated passers included here.

Contrary to popular belief, the backup quarterback role is incredibly important. Not only are they responsible or carrying your team to the promised land should your starter get injured *cough* Nick Foles *cough*, but they also have a hand in offensive development, playcalling, and getting non-starters reps in practice. A backup QB should be someone you can trust, not just a warm body holding a clipboard. Time will only tell what the Eagles decide to do here.