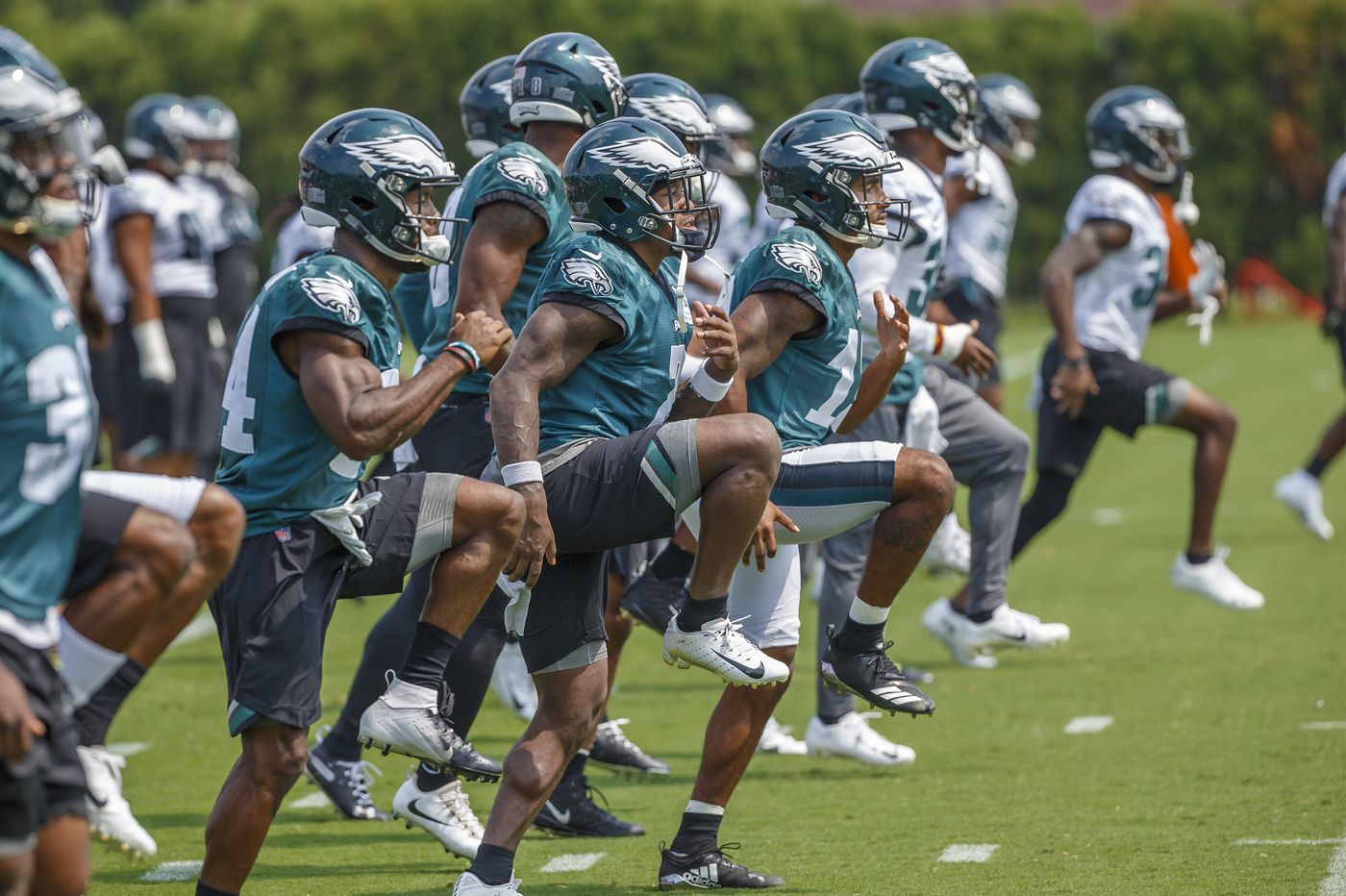 The Philadelphia Eagles are done with OTAs and the first training camp is scheduled for Thursday July 25th. During the deadest of times for football news, why don't we take a moment and speculate how this roster is going to shake out come September, shall we?

I'd like to note that not only can the outlook on players change drastically between now and the end of pre-season, but that not all of my opinions and viewpoints are shared by other analysts and BGN members. I'll post reasons for my decisions, but feel free to post your own as well.

Here we have the first controversy already. The question for awhile has been, should we keep Clayton Thorson or Cody Kessler? But here's the answer, we should keep neither. Thorson has struggled in practice more often than not, and is very clearly a project at best. Despite spending a 5th rd pick on the 23 year old kid from Northwestern, the Eagles should stash him on the practice squad and open up the roster spot to a different position of need. Should an injury arise, with questions surrounding Wentz' durability, a player can be released and Thorson can be brought up.

Need an extra roster spot? Well now you've got one. With Scott seemingly the heir apparent to Darren Sproles in the eyes of the Eagles coaching staff, they'll carry 5 RBs to make that happen. The Eagles typically known for having a good special teams squad under Dave Fipp, struggled in that department last season. Wendell Smallwood has often drawn the ire of BGN commenters and Eagles fans alike, but as a 5th rd pick in 2016 with 5 rushing TDs, 2 receiving TDs, and a 4.0 YPC over 4 seasons, his value from the spot he was drafted is tremendous. You could do a lot worse for your 4th string runningback.

Everyone listed here is a clear lock to make the roster, the only question is whether or not to carry 6 receivers. I've opted to go with 5, whereas 6 might be unnecessary, should Doug Pederson and Mike Groh choose to utilize 12 man personnel more often in 2019. I debated keeping early camp standout Marken Michel or Braxton Miller for his prior QB experience at Ohio State, but in the end determined that 5 was sufficient. The Eagles also carried 5 WRs in 2017 with Marcus Johnson as the 5th.

I don't think this position needs to be spoken for, there was never much of a chance of Will Tye or Josh Perkins unseating Richard Rodgers as the #3 TE, unless an injury occurs.

Another position group that is pretty well spoken for, and was most likely not subject to change. While most teams might carry only 3 or 4 offensive tackles, the Eagles will need to carry 5, for their heir apparent to future hall of famer Jason Peters, as well as their viable swing tackle now taking reps at guard, and the Aussie rugby giant who made an NFL roster despite not having played American football before 2017.

Early indicators seem to suggest that Brandon Brooks will be ready to go by the time the season starts. That's exceptional news, given that should he start the season on the PuP list, The Eagles will be forced to start Wis in his spot, leaving 2018 6th round pick Matt Pryor as the next in line should anyone go down. Pryor impressed early in camp last season, and made his way onto the 53 man roster, but never ended up taking an offensive snap. If Brooks isn't actually ready by the start of the regular season, I imagine the Eagles would carry 1 of their UDFA iOL players such as Ryan Bates, Nate Herbig, or Sua Opeta.

The best center in the NFL returns for another season despite talks of retirement. The Eagles should start thinking about drafting Kelce's replacement soon, but for now they have Seumalo and Wisniewski as depth options should Kelce get hurt, both of which have starting experience at center.

For the past few seasons, the Eagles defensive identity has been the strength of their defensive line, and their tendency to rotate players in and out to keep them fresh deep into games. With Chris Long retired and Michael Bennett traded to the Patriots, the depth at defensive end is looking a little bare. There are still moves that can be made between now and week 1, like possibly signing a veteran off the street with some pass rush prowess such as William Hayes who has 37.5 sacks and 7 forced fumbles over 10 seasons in the league, or Michael Johnson who has 44.5 sacks and 8 forced fumbles over the same time span. Otherwise, the reason I've gone with 5 DEs here instead of including someone like Joe Ostman, is the dearth of depth at the DT position we currently have.

Like I said above, we have more talent and depth at DT than in previous years, including those with Beau Allen and Destiny Vaeao. Not only is 2017 and 2018 starter Timmy Jernigan a backup now, but behind him are two very capable rotational defensive tackles. Treyvon Hester established himself as a solid run defender in 2018, as well as being the one who tipped Cody Parkey's kick resulting in the infamous double-doink during the wildcard game against the Bears. Hassan Ridgeway is a bit more of an unproven commodity to the Eagles, but the former 4th rd pick out of Nebraska has 41 tackles, 4.5 sacks, and 1 safety to his credit over 3 seasons with the Colts. He's a lot better than every other team's 5th string DT, for the teams that even have a 5th string DT.

Right now, Nigel Bradham, Zach Brown, and KGH are all locks to make the roster. There's questions about L.J. Fort, but he filled in admirably for Ryan Shazier in Pittsburgh and excels in coverage and on special teams. He's weaker in the run game and is a little on the light side. Luckily, he won't be starting and be can be brought in during sub packages. The Eagles could also opt to go without Worrilow, who's basically making the minimum and has been a journeyman up to this point in his career, but his experience and ability to play at every LB position is valuable in a depth player.

The only player of this group I could see not making the roster would be LeBlanc, but even then I'm very sure that he does in fact make it. He played well enough last season, and has enough special teams prowess to be a valuable contributor. It's recently been brought up that Jalen Mills is at risk to lose his starting job, personally I think he's still the day 1 starter next to Darby with Maddox in the slot.

There's been a lot of talk about cutting Sendejo to recoup a 2020 4th round compensatory pick, which still might happen. Personally I think he makes the roster, because if the Eagles consider themselves to currently be within their window to compete for another title; having a player as estbalished as Sendejo as your #3 is more valuable than a day 3 draft question mark the following season. Not to mention, the Eagles utilize a big nickel package rather often, and their #3 safety is on the field more than most other team's. Corey Graham previously held this role, and when he wasn't starting for an injured Rodney McLeod, he still saw 35% of the team's defensive snaps. Acquiring former Eagles draft pick Blake Countess was the writing on the wall for Tre Sullivan. Countess excels on special teams and it is more than likely that he makes the roster.

Not much needs to be said about our special teamers. If you made it this far, thanks! If you have another player you think will or won't make the roster feel free to comment and discuss.