Hey guys, it's always been a hassle to explain to fans of other teams how depleted the Eagles truly are across the board, which makes their clinching of the NFC East even more impressive. So here's an excel spreadsheet showing the carnage, along with some other notes. Please let me know who and what I've missed, I looked at depth charts at multiple points throughout the season as well as every week's injury report.

- Played Hurt: Left the game with an injury and returned, or was questionable/limited in the injury report

- Signed/Released: A player that was signed, or released, or both mid-season 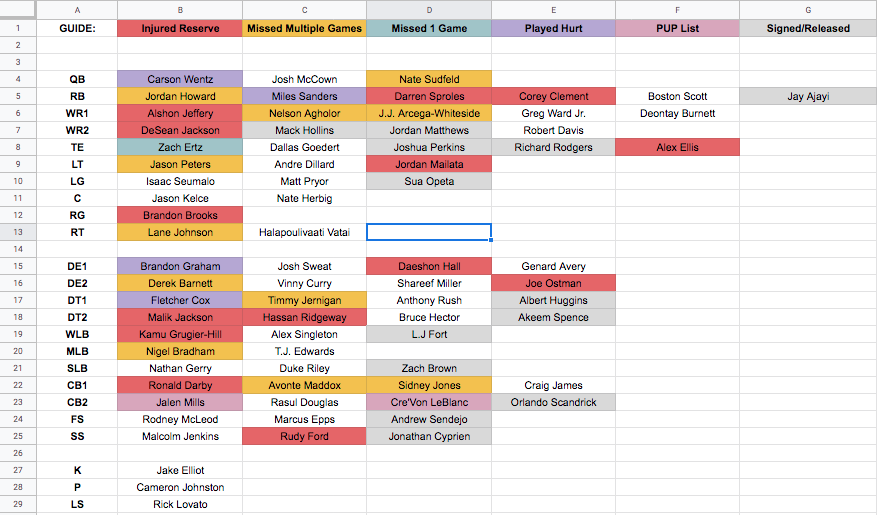 Let me know if I missed anyone or anything.