Should the Eagles go back to the Kelly green uniforms after winning a Super Bowl without them?

Team owner Jeff Lurie hasn’t given up on bringing back the old school look. But do you even want them back?

Share All sharing options for: Should the Eagles go back to the Kelly green uniforms after winning a Super Bowl without them?

Every year, sometime between the frenzy of free agency and the first day of training camp, the good people of Eagles’ Nation take to the internet, message boards and local diners to debate whether or not the Philadelphia Eagles will ever (or should ever) return to the old school Kelly green jerseys.

In 2017, Jeff Lurie brought up bringing back the Kelly green uniforms and helmets as team alternates at the owner’s meeting — just 20 years after making the initial change the midnight green —, and even expressed willingness to revert back to the old school jerseys as their primary option.

A year later, Lurie once again answered questions leading up to the 2018 owner’s meeting about whether the league is any closer to allowing teams to wear a second helmet — one that would match the Kelly green alternates.

Q: Have you made any progress on being able to use Kelly Green helmets?

LURIE: I was just dealing with this yesterday. What we’re hoping to have happen is, and I don’t know if I mentioned this last year, the whole key was we want a Kelly Green helmet to go with the Kelly Green jerseys. OK? We’re trying to get the league to allow a second helmet. That’s where it’s at. So they very much know we want this and we want it badly. And we’re waiting.

So, with less than a month before the preseason starts, and just over a month for the start of the 2018 regular season, you shouldn’t expect any news to drop on the matter before next year’s owners meeting. 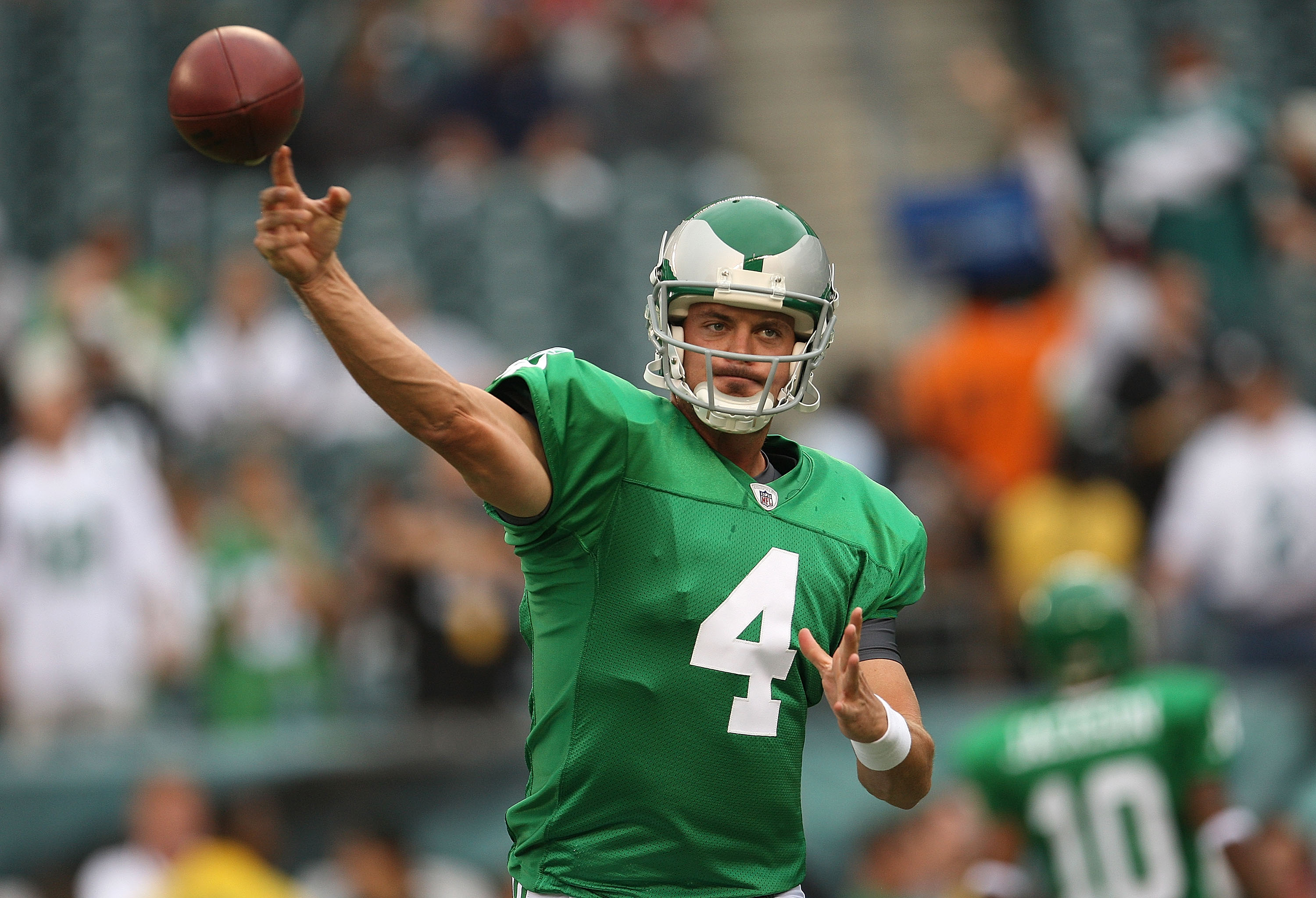 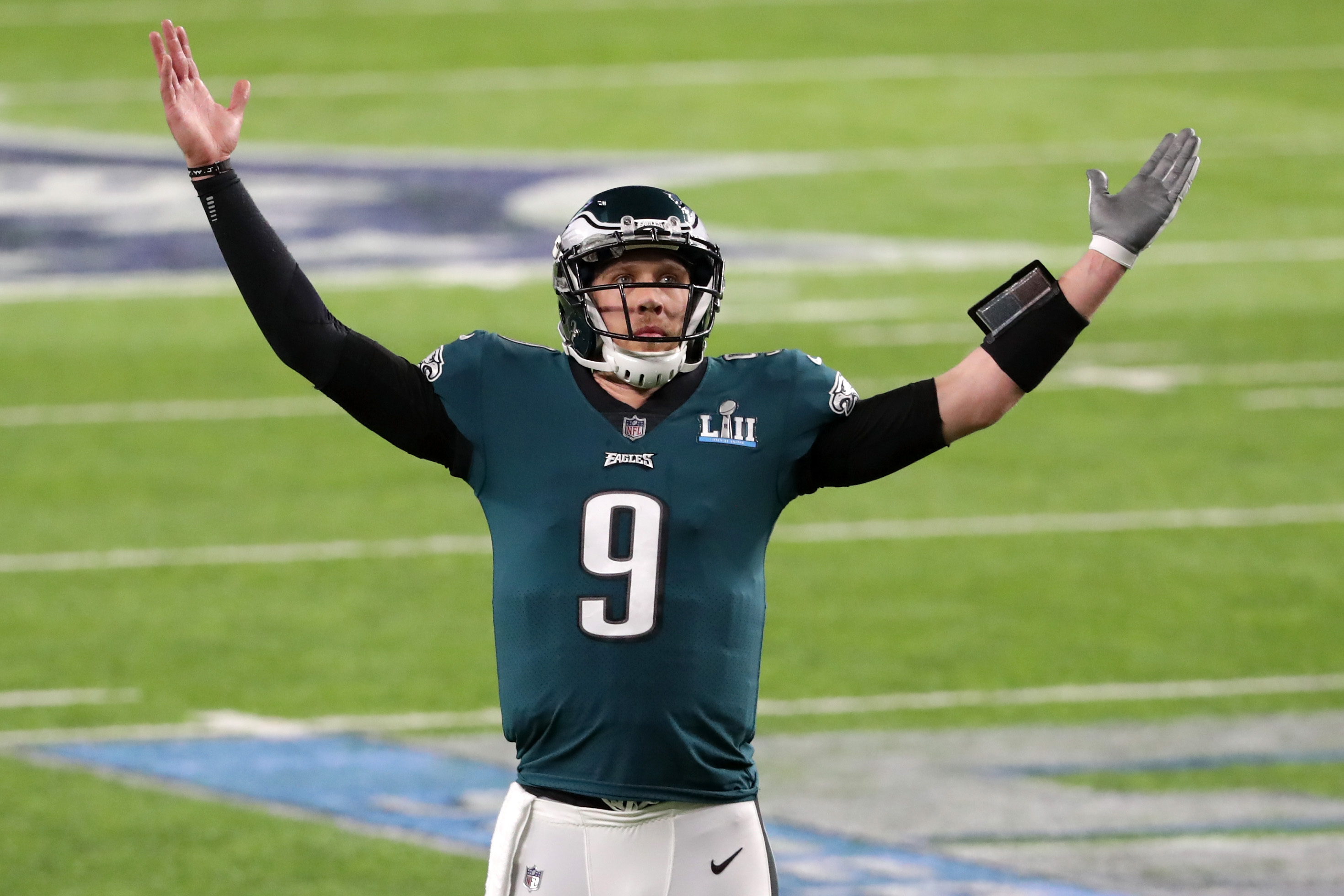 While the arguments for and against the Kelly green throwbacks are endless, a new avenue to consider is whether the team should stan for a jersey they didn’t wear while winning a Super Bowl. In case you hadn’t heard, the Eagles won the Lombardi Trophy earlier this year, while wearing their midnight green jerseys.

Why do the Eagles’ green jerseys look so different than they did a few years ago?

Lurie made the shift from the Kelly green uniforms back in 1996, as a way to, “to look less like the Jets”. Since then, the Eagles have worn several variations of the midnight green, including a totally different one last season. Nike described the color change to BGN back in March:

The green changed from Sport Teal to Deep Teal for the ’17 season when they switched into the Vapor Untouchable (from the Elite 51). The sideline apparel was always Deep Teal and was the closest to an “Eagles” green. We took the opportunity of the uniform changeover to make all the greens consistent.

So, it’s not really midnight green anymore either.

At the end of the day, it doesn’t really matter. If I wear a black t-shirt with a midnight green Eagle on the front, a Kelly green shirt with black “Go Eagles” lettering, or a deep teal Nick Foles jersey, I will still be accepted by my Philly brethren and admonished by the fans of the other 31 NFL teams — as it should be.

Should the Eagles go back to the Kelly green uniforms after winning a Super Bowl without them?

This poll is closed

What alternate jersey should the Eagles use for their third uniform?

This poll is closed

While we’re talking about changes to the Eagles jerseys, there’s also an argument for the team to switch up the font they use for the numbers. While the block digits look sharp for the most part, the sans serif aspects can be hard to read on the sidelines — a serif font is 100% the way to go here, but it’s such a small change, they might as well wait for another reason to update the uniforms.