Share All sharing options for: Adding a Philadelphia cheesesteak to the Eagles logo is an instant improvement

Have you ever wondered what the Philadelphia Eagles logo would look like with a cheesesteak in the bird's mouth? Well, here you go:

This image comes courtesy of a post over at UPROXX where David Rappoccio and Steve Bramucci redesigned every team's NFL logo to include each city's most iconic food. The cheesesteak was an obvious choice for Philadelphia.

I'm not so sure this logo would fly (pun intended) during the Chip Kelly era, but it's probably cool now that Andy Reid- disciple Doug Pederson is the head coach now. Taco Tuesday's and Fat Friday's are totally coming back, right?

Related story: The reason why the Philadelphia Eagles logo is the only NFL team logo facing left 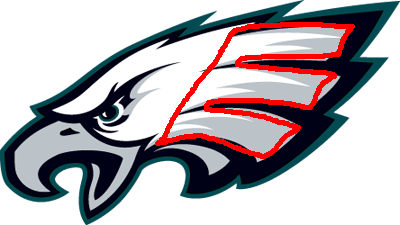