One Eagles player is seemingly an Uber driver

Share All sharing options for: One Eagles player is seemingly an Uber driver

Next time you're taking an Uber in Philadelphia, pay close attention to the identity of your driver. It just might be an Eagles player.

Crossing Broad's Jim Adair has a friend of a friend who recently had Eagles cornerback Randall Evans as his Uber driver. Here's the photographic evidence: 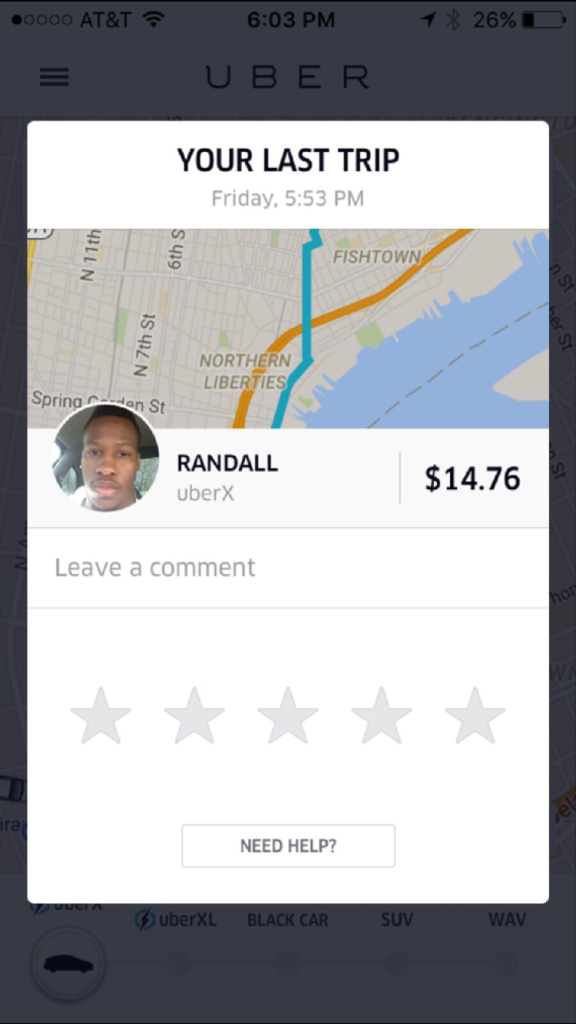 This certainly isn't the first time an NFL player has been spotted as an Uber driver. Former Dolphins and current Seahawks defensive tackle A.J. Francis took up a second job during his time in Miami. If an NFL player has free time and wants to make some extra money, why not?

Evans was originally selected by the Eagles in the sixth round of the 2015 NFL Draft. He spent the entire summer with the team before being waived in final cuts. He then signed to Philadelphia's practice squad and stayed there for the first 16 weeks of the season. Evans was called up to the 53-man roster in advanced of the Eagles' Week 17 game against the Giants.

Practice squad players earned a minimum of $6,600 per week in 2015, so Evans made at least $105,600 as a rookie. That's obviously a lot more than most people make in 16 weeks, but it's clearly on the low end for an average NFL player.

The Eagles signed Evans to a futures contract after the 2015 season so he'll likely have another chance to make the team in 2016.