Share All sharing options for: Eagles themed-comedy show is taking place in Philadelphia and you're invited

Hey Philadelphia Eagles fans, looking for something to do one night this week? Look no further than a free Eagles-themed comedy show starting at 6:00 PM on Wednesday, July 29 at Helium Comedy Club in Philadelphia. Here are the details, via BGN's own Mark Saltveit.

"On Wednesday, Helium Comedy Club in downtown Philadelphia -- the city's finest, and one of the best in the United States -- is hosting a free Eagles-themed comedy show in lieu of a book release party for my new book: "Controlled Chaos: Chip Kelly's Football Revolution"

No speeches, slides or anything, just standup comedy. I'll be there to sign books before and after. It's free, and attendees will get a ticket to the "Comedy Roulette" show at 8pm, which I'll also be participating in.  (Sort of an improv-comedy hybrid).

Local comedy stars Michael Brooks, Shane Gillis, Ari Fishbein and Nicole Yates will be performing, I'll do a set, and we'll have a couple of special guest stars.

Did I mention it's free?"

Also note that Mark plans on hosting a double get together on Tuesday, August 4th before and after the Eagles' open practice. Lunch will take place at a cheesesteak place (not decided yet) and there will be a meet up downtown at the Fox and Hound starting at 7 PM. It's $2 pint night. So definitely try to attend at least one of these events if you have time! 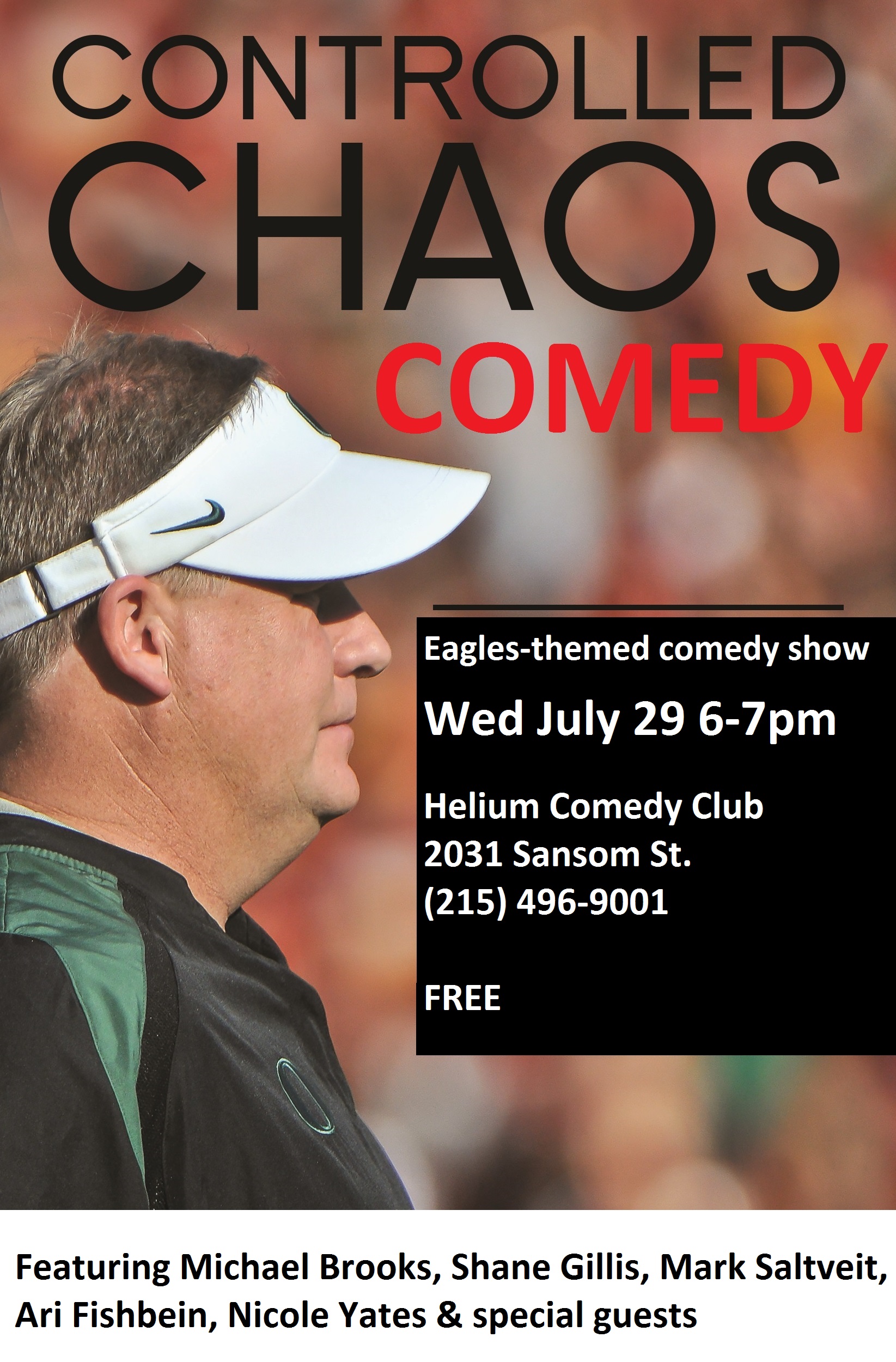