The Philadelphia Eagles new QB coach made a positive impression in Boston.

As you're already aware by now, the Philadelphia Eagles have hired a new quarterbacks coach, and his name is Ryan Day. The former Boston College offensive coordinator/quarterbacks coach doesn't have any NFL experience and he's only 35, so there hasn't been a lot written about him yet. (Though I do recommend you check out this interview.)

Day becomes the third Eagles QB coach in as many seasons under Chip Kelly.

The newest edition of BGN Radio is here! (Episode #80) - This episode focuses on a number of Eagles offseason topics.

In order to better get to know Day, Bleeding Green Nation reached out to our friends over at Boston College Eagles SB Nation blog: BC Interruption. The great A.J. Black (@BCHysteria) took the time to answer my questions.  Here are his answers.

1) Most Philadelphia Eagles fans have no idea who Ryan Day is. Can you tell us about him in your own words?

Ryan Day is a young up and comer in the world of coaching. He started his career as a quarterback under Chip Kelly at UNH and then spent the majority of his coaching career at BC, first as a wide receivers coach, then as the offensive coordinator. During his time at BC he did an excellent job maximizing results out of a limited roster, putting together two rushing offenses that were top 20 in the country, just years after Frank Spaziani basically gutted the program. Not only did he put together these offenses two years in a row, but the interesting thing to note was how different the offenses were. In 2013 he leaned heavily on Andre Williams on his way in a pounding offense, and this year he put together an option offense that relied on his quarterback Tyler Murphy making quick reads after the snap.

2) What has Ryan Day meant to BC's program?

Day means a lot to the BC program and he will be greatly missed for a variety of reasons. First of all his offenses brought a lot of excitement to the Heights. Just a year after going 2-10, BC had a Heisman Candidate, and two years after beat then #9 USC (because of the great play of the offense). Day also was an excellent recruiter, which of course doesn't mean much to the NFL. Many BC fans are hoping that his time in the NFL will help to season him even more, and that eventually he will come back to Boston College to become our head coach.

3) I saw Bruce Feldman tweeted this after the Day hire: "Tough loss for BC. Ryan Day is considered by his peers as one of the rising stars in coaching. Now goes to work w/ his old buddy Chip Kelly." I noticed you and some other BC fans hope that Day can return to he program one day as a head coach. What makes him a rising star?

A position by position breakdown of the Eagles 2014 roster.

I kind of answered this before, but Day has a young mind that was able to adapt his offense to the skill players around him. For instance in 2013 he had Chase Rettig a slow footed quarterback, Alex Amidon a speedy receiver, and Andre Williams. He was able to tailor a physical running game around them that allowed BC to score points, and for the most part all three players were successful. In four months he turned that offense around because now he had Tyler Murphy, a speedy quarterback who's weapons were more his legs than his arm. Boom, the offense was more of what you would expect out of Chip Kelly and Oregon. There was options, end arounds, and if he had more weapons you would have seen more out of the passing game. His ability to adapt has to be why he is considered a rising star.

4) Day has no NFL experience. Under Day last season, BC attempted passes on just 27.7% of its offensive plays and averaged 129.3 YPG through the air (124th out of 128 teams). He's also only been a quarterbacks coach for two years. To what extent are you confident he will have success in the NFL?

Bonus: Is Eagles the best team name ever or what? 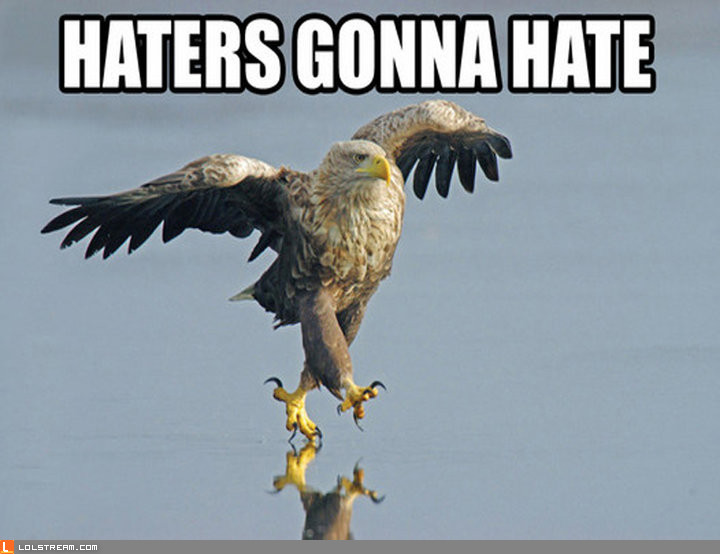 Thanks again to BC Interruption for the contribution. As an added bonus, check out how BC fans originally reacted to the news of Day leaving. Most had positive things to say, but there was some negative reaction as well:

Mel Kiper takes a moment away from 2015 draft analysis to provide us with new grades for 2014 draft classes. Here is what he had to say about the Philadelphia Eagles.

Gamble could be returning back to the Bay.

• "That's too bad. Hopefully we can find someone even better. But good for him of making it to the NFL, I’m sure that is a lot of football coaches dreams."

• "If day is to be a future HC at BC I can only see this as a good thing. Let him get some experience on chips staff and come back in 4-5 years when addazio moves on. Good for him and good for BC."

• "I never got that vocal minority of BC fans that didn’t like Ryan Day. Thought he did a great job maximizing results from limited roster."

• "Congrats to Day. He undoubtedly did a great job taking a shallow roster and contributing to the development of our record-setting RB & QB rushers. Having said that while understanding his youth and inexperience, he had his flaws. Nobody can justify throwing to your FB 10x in an opener and not again all season. Nor can one not criticize ignoring TEs or RBs for an entire season. Day did very well, and I never called for him to be fired, but just as BCI didn’t comprehend his critics, I also don’t understand his full-supporters. On that note, I think he can be a potential favorable candidate for BC HC down the road (knowing if he does well that this boat may sail) but I also think he’s not a good QB coach for Philly. What did he prove in the passing attack here?"

• "Tough to see Coach Day go but he’s going to coach under Chip Kelly in the NFL… hard to argue with his decision to leave. I was a fan of Day. Was he perfect? No. But he adapted his offenses to maximize the talents of his personnel. I was really looking forward to this upcoming season to see what he could do with Wade."