How The Other Half (Of The Eagles Fanbase) Lives

Bob_Q is back and he's been rubbing elbows with the upper crust of Eagles fans.

Share All sharing options for: How The Other Half (Of The Eagles Fanbase) Lives

After a two-year hiatus away from football and Philadelphia (and Bleeding Green Nation), I was recently invited to a VIP season ticket-holder event at Lincoln Financial Field by a good friend of mine. This was an event exclusively for club-level and suite-level season ticket-holders which showcased the significant upgrades that Jeff Lurie has made to the stadium this year. As an Eagles fan currently #26,985th in line for season tickets and having only been to the club level a few times myself, I saw this as an opportunity too good to pass up.

As I ascended the escalators to the main floor of the SCA Club, the first thing I noticed was the new Tork Cafe, where there had previously just been a lounge area. The new setup reminded me of an upscale cafeteria, with pizzeria, barbecue and sandwich stations, as well as a soda fountain. Pizzeria Verti offered a fine selection of pizza and rotolo fresh from their custom brick oven, while Quick & Carmichael BBQ offered some of the best barbecue sandwiches this side of Kansas City (Andy Reid, eat your heart out). There was also an irresistible platter of Chickie's & Pete's crab fries and cheesesteaks in addition to a full service bar. 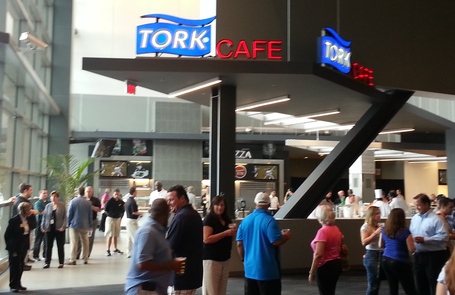 From there, we were taken on a stadium tour, which included a lap around the freshly-sodded field where we could view the new HD videoboards and LED ribbon boards, as well as the 1,600 additional seats, in all their glory. Even in broad daylight, the new screens were impossible to miss. It was truly a remarkable sight. 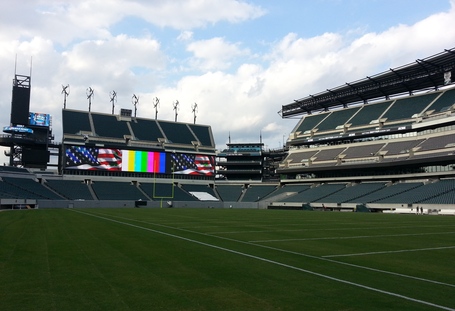 Soon after my tour, I was invited again (this time by a different friend) to experience the Eagles vs. Jets preseason game in one of The Linc's premium suites. Needless to say, my answer was a resounding yes.

Arriving almost inappropriately early, I entered the VIP lot at the Panasonic Club, where I was greeted by a friendly valet parking attendant. After a short elevator ride, I made my way up to the suite, where I was presented with another impressive view of the field: 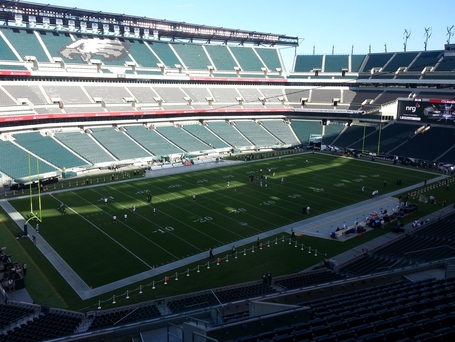 A gameday experience in one of Lincoln Financial Field's suites is about as far away from slumming it in the nosebleed sections as a fan can get. Not only did I get a cushioned and air-conditioned view of the activity on the field, I also had an entire buffet and fully-stocked fridge to go along with it. The selection included Philadelphia classics such as cheesesteaks, soft pretzels, wings, hoagies and, of course, plenty of Yuengling. It was almost like watching the game back at the old Quaintance homestead - except this time, there was a magical refrigerator that kept refilling itself. 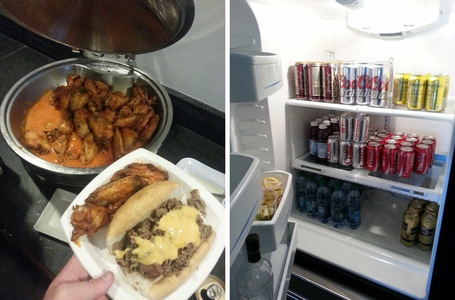 To top it off, the suite came fully equipped with three HD televisions and a "living room" setup, to help fans survive during halftime or other slow periods of the game. This, of course, included more snacks. 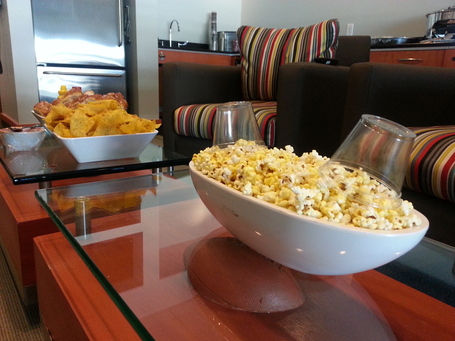 All in all, the club and suite-level experience at The Linc is truly one of a kind. Unfortunately, for those of us fans unable to shill out $20,000 or so to rent a suite for a game, we'll just have to stick to the nosebleeds. In the meantime, my advice would be to start making friends in high places.