I've never played Madden NFL 15 (it was only released earlier this week on Tuesday, August 26th) but I already know it's a really good video game.

How do I know this, then? Well, it's simple. Madden NFL 15 is the most realistic video game I've ever seen. Behold, Manning Face!

If you're not aware of what Manning Face is, 1) how dare you! 2) allow me to demonstrate:

That's right. Now every time you're playing as the Philadelphia Eagles and you intercept New York Giants quarterback Eli Manning like this...

...you will now get to enjoy the full benefit of in-game Manning Face. Well done, Madden.

And while you're here, now is a pretty great time to mention these wonderful Manning Face shirts available over at Philly Phaithful. 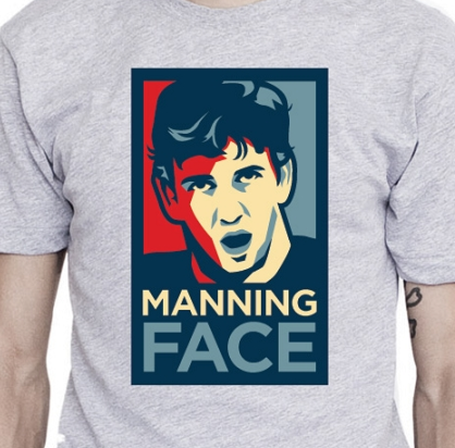