I BELIEVE THAT WE WILL WIN

You may have noticed there's a pretty important football game on today, and no, it doesn't involve the Philadelphia Eagles. It's a little more important than that.

The United States Men's Soccer Team is scheduled to take on Germany in the final game of the World Cup group round. USA is coming off a gut punch draw to Portugal. Had USA not lost control of the lead in that game they would have already clinched advancement to the next round. Instead, it all comes down to today. Here are the current standings. 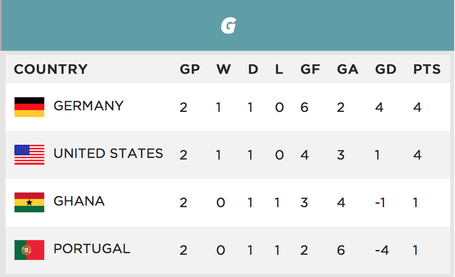 And via SB Nation, here's how USA can advance to the next round. Note that USA doesn't necessarily need to win... 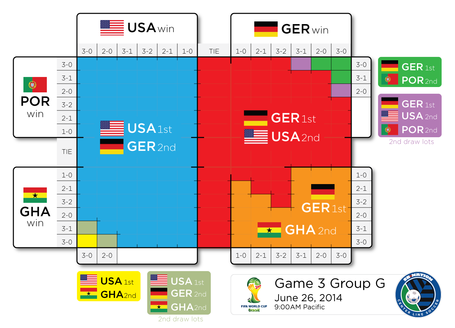 Who: USA vs. Germany

If you can't be caught watching the game on a screen, the broadcast is also on ESPN Radio, or you could stream the audio through your phone or tablet using the ESPN Radio app.

Univision is streaming the game for free. Univision also has a mobile app, Univision Deportes. The downside (for English-only speakers) is that the broadcast is in Spanish.

If you're not near a TV, or streaming over your desktop at work is too risky, you can stream the TV broadcast on your mobile device by using the WatchESPN app or, for Comcast subscribers, the XFinity TV Go app. You have to have a cable subscription to use those.

Use this post as an open thread to discuss the game. LET'S GO USA