The ChipWagon has been breaking down the Top 25 plays of the inaugural Chip Kelly season. #14 is one of several plays on the list from the Winter Wonderland game against the Detroit Lions. It highlights specifically one of the ways in which Chip Kelly continued to evolve his rush offense in 2013.

But will all due respect to Chris, a big reason for this play was the work up front by the offensive line and tight ends. Meaningful about this particular play was just to witness how the design of the running game evolved in 2013. We know well by now the highly publicized inside-zone read where the design of the play is to leave the edge defender unblocked so the offensive line gains a blocker on the play-side. However, we've also heard last offseason that this approach is not sustainable and could be the equivalent of "poking the bear" where the bear is the unblocked defensive player. You might get away with leaving that edge defender unblocked, but eventually that guy is going to guess right and maul your QB. We didn't really see that happen much in 2013, but there is no question that running that kind of play does sometimes put the QB at a risk especially if he makes the wrong read.

It turns out, that while Foles didn't take any massive, bone-crushing hits on the read-option, by midseason, teams were starting to cheat because they weren't scared of Nick Foles beating them on the keeper. They'd rather give up 8 yards to Foles than 20 from the NFL's leading rusher. Here's a couple of examples in game 2 against the Redskins the week before the bye.

Here Orakpo is going to be the unblocked defender and Foles' read. He never even glances at Foles on this play and Nick has a ton of room to run if he keeps: 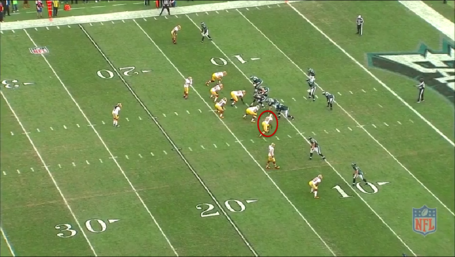 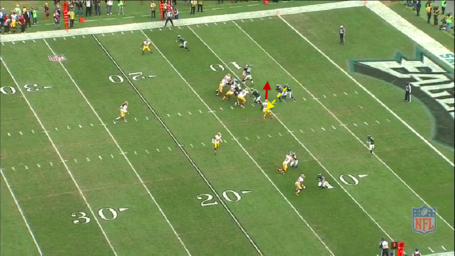 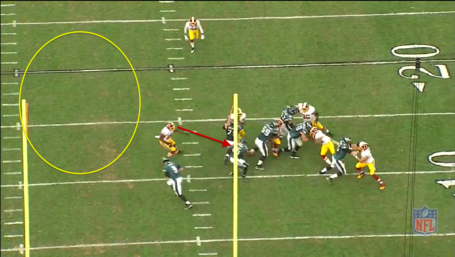 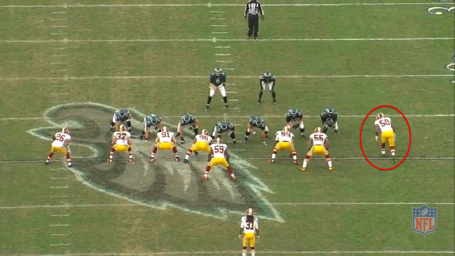 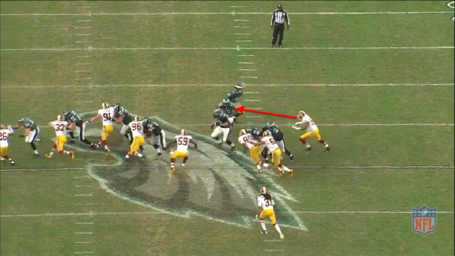 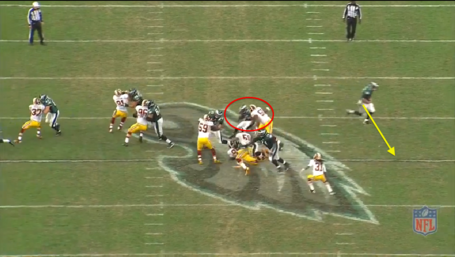 Chip Kelly had the bye week to prepare for the Cardinals, and as Sheil Kapadia outlined beautifully, he introduced a new wrinkle to the zone read as a response to what he saw against aggressive defenses like the Redskins.

We also used this variation on back-to-back plays the following week to ice the game against Detroit in the snow. The first was a 3rd and short play. Louis Delmas steps into the box as the edge defender. He will be left unblocked by the OL on the inside zone. The variation however, is James Casey coming across the formation on the sift block and is going to destroy Louis Delmas creating a huge hole for Chris Polk to convert the first down: 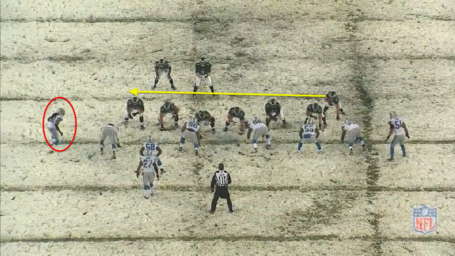 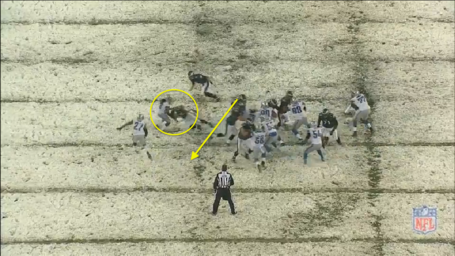 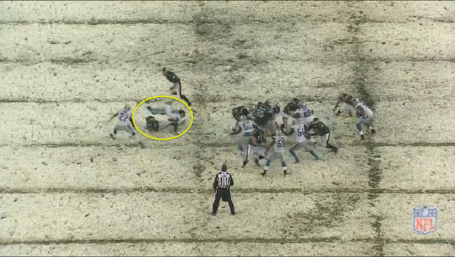 The next play (#14 on the ChipWagon Top 25) we flip the formation and who is the unblocked edge defender on the other side? Once again it is Louis Delmas, and once again James Casey comes across the formation and destroys him. TD Chris Polk: 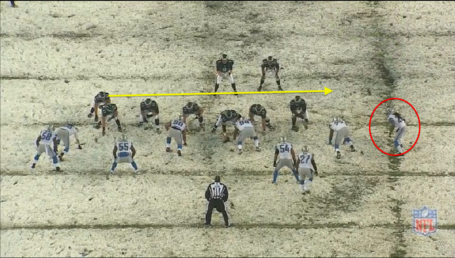 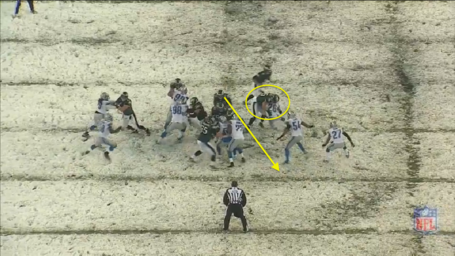 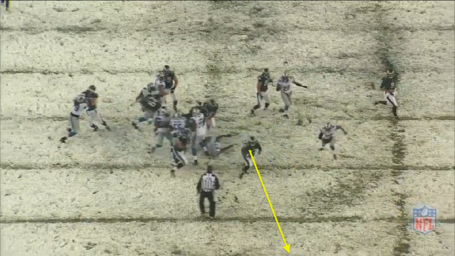