The Chip Wagon is breaking down the Top 25 offensive plays of the inaugural Chip Kelly season all offseason long. #22 re-visits a concept the Eagles went back to time and time again throughout the season and a concept that is likely here to stay with the addition of Darren Sproles.

#22 on the Chip Wagon Top 25 comes from the 2nd Redskins game where the Eagles re-visited a concept they had been running several times leading up to this game. It's a wheel route out of the backfield with a mesh concept underneath.  Remember this one? (Mouse over to play GIF)

We saw all year how well the mesh concepts worked to free up receivers underneath in the open field often times due to crowding in the defensive backfield or via natural picks. This play highlights a combination route to take further advantage of the confusion underneath and to create a favorable matchup down the sideline. Here, Chip combines the mesh concepts underneath with Celek and Jackson running shallow crossing patterns with McCoy running the wheel route down the sidelines: 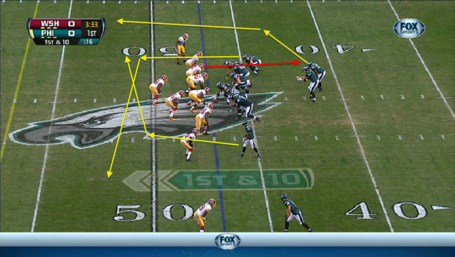 The scary thing for the Redskins is on this play, Ryan Kerrigan read it pretty well and managed to not get caught up in the junk underneath, yet McCoy smokes him down the field: 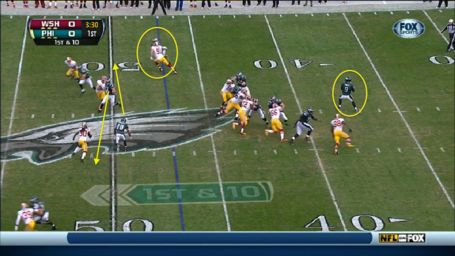 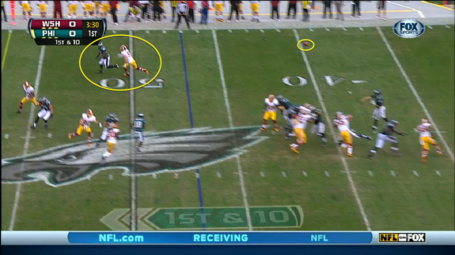 and McCoy is wide open for a catch and run down the field: 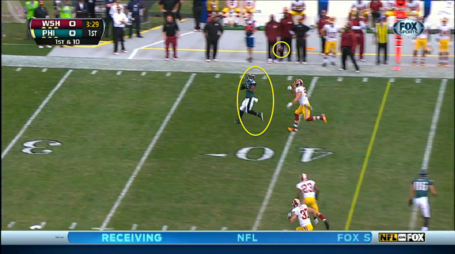 Through the course of the season we tried this collection of concepts with a variety of personnel out of the backfield. On this play, we ran the same concept, except with Desean Jackson running the wheel route out of the backfield matched up against Patrick Peterson (you'll see later that we also ran this with Bryce Brown and Chris Polk). (Mouse over to play GIF)

You can see it broken down here: 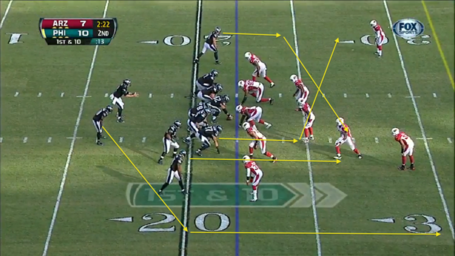 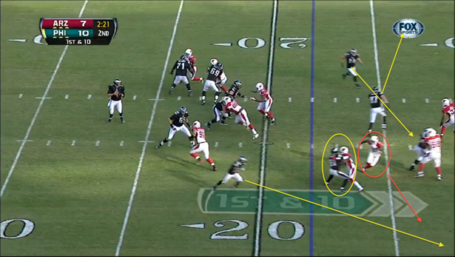 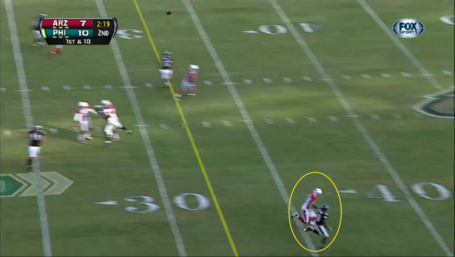 The first time I recall the Eagles running the wheel route was the first game against the Cowboys after surely seeing how the Broncos and Chargers exploited the Cowboys linebackers in coverage on the wheel route. We ended up trying to exploit the Cowboys on this in that awful game, and while the play was there each time, the Eagles just couldn't convert. As you can see from that link, earlier in the season we weren't running that play with the mesh concept and were instead using Riley Cooper to essentially take out a defender on a "natural" pick.

Looking ahead to the 2014 season, Chip Kelly has one more toy to employ on this wheel route and it just so happens to be one of the best receiving running backs in the NFL, Darren Sproles. As a teaser, check out this play. It's almost the exact same play we ran against the Cowboys repeatedly in that game with Jimmy Graham playing the role of Riley Cooper to run the natural pick: 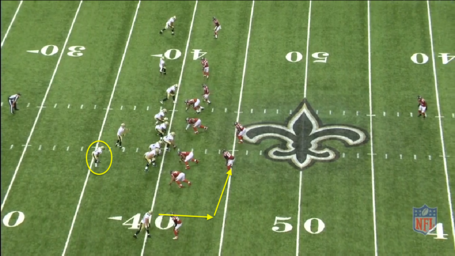 Even without contact you can see the safety is out of position to make a play on Sproles: 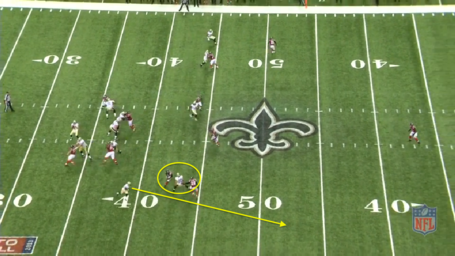 Sproles releases wide-open down the sidelines for an easy pitch and catch for an explosive play: 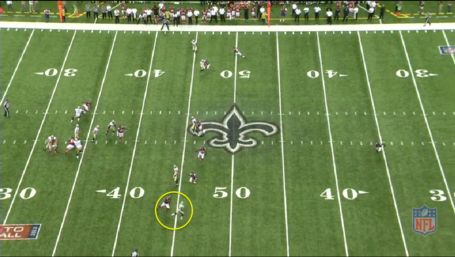 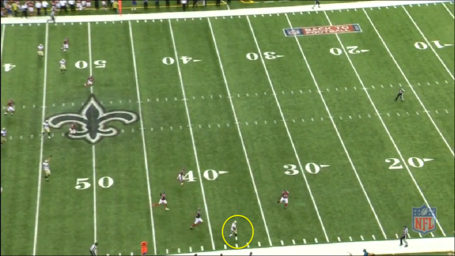