Eagles guard Evan Mathis made his first Pro Bowl this season and also was on an offensive line that produced the league's leading rusher. He joined BGN's Mike Kaye to discusses several subjects, including the Eagles offense, Jason Peters and offseason conditioning.

The Eagles had five different players make the Pro Bowl or be selected as an alternate. One of those talented Philadelphia selections was Eagles left guard Evan Mathis. The former journeyman offensive lineman has been a key to the team's offensive line for three seasons and has been rated as one of the top guards in the league during that span.

Perhaps more important than his Pro Bowl berth was his All-Pro selection. Without fan participation, the All-Pro voting process is a bit less tainted and seems to resonate a bit more in meaning. Mathis deserved both honors, along with his teammates, offensive tackle Jason Peters and running back LeSean McCoy.

It was undoubtedly a great season for Mathis, who is entering his 10th year in the league. Mathis joined BGN's Mike Kaye to discuss several topics, including his offseason conditioning, his first Pro Bowl experience, Nick Foles, Jason Peters and more. Below is BGN's exclusive Q&A with Mathis:

Mike Kaye: First off, you were able to compete in your first Pro Bowl and get some awesome photobombs on NFL Network, what was your favorite part of the whole experience?

Evan Mathis: It's hard to pick a favorite part of the Pro Bowl experience because I really enjoyed almost everything. My family and I were able to spend some quality time together and enjoy Hawaii in our free time. All the players that were in the Pro Bowl were a pretty fun group to be around as well. Run blocking for the game winning two point conversion might have to take the cake for favorite moment.

MK: What was it like being on the opposite side of Nick Foles and DeSean Jackson? Was it odd playing with several guys you either just met or had never really played with?

EM: I'm used to coming to teams and playing with guys I've just met so that part wasn't as weird as having to play against two of your current teammates.

MK: What are your plans for the offseason? Is there anything in particular you are looking to adjust or improve in your game this summer?

EM: I get totally away from football in the off-season. When May rolls around I'll probably dive into some film and look for any flaws in my game that need improvement. Until then, I continue to train hard while enjoying my free time. 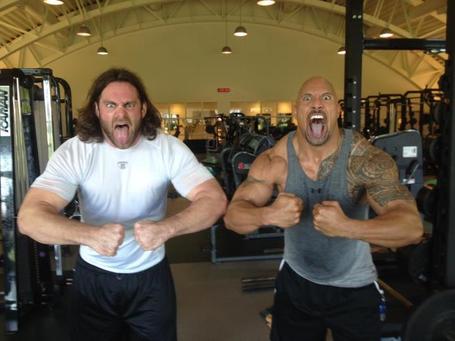 MK: After a year with Jeff Stoutland and Chip Kelly, what is the biggest difference between the new regime and the old one?

EM: The biggest difference would be the tempo at which things are done. When we run our offense at its highest tempo, it really puts pressure on opposing defenses. We can do it and have success running it at a normal pace but it's a little more fun to go fast.

EM: All of our success comes from everyone working really well together, players and coaches. The guys on our team really understand the concept of team and give it everything they've got for each other.

MK: The playoff loss to the Saints was obviously a bummer, but you were able to come off the field with a lead after a comeback drive. How did the game and the season in general make you feel about the offense moving forward?

EM: Obviously we would have liked to go way farther than we did. Once I've had some time to reflect, it creates a lot of excitement about the future of not just our offense but our entire team.

MK: Foles obviously played in games as a rookie, but his 2013 season was remarkable. What is it about Nick that has allowed him to really succeed with limited experience? Can you talk about what he is like as a leader?

EM: Nick is poised and even-keeled. He's a student of the game who works to improve every day. Those qualities allowed him to make the most of his experience in 2013. He's a good guy who makes the right decisions on and off the field. His leadership is channeled through his off the field habits and his on the field performance. 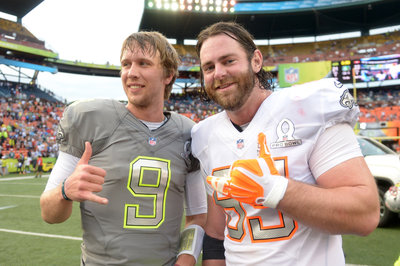 MK: Last summer, you mentioned Allen Barbre in our last interview as the player that stood out to you the most during training camp. Can you tell us a bit about Matt Tobin, who is a bit of a mystery to most Eagles fans and even reporters. What impresses you most about his game?

EM: Matt Tobin is a player that possesses the tools to play in the NFL. He learned the techniques and assignments as fast as I've ever seen anyone learn them. He has great feet that allow him to execute the techniques with good athleticism. Jeff Stoutland has done a great job grooming Matt and I expect steady improvement over time.

MK: Jason Peters returned from two Achilles tears this season (obviously you know this) and was able to play at Pro Bowl level. After playing next to him for two full seasons, what is the thing you takeaway most about Jason as a competitor and as a teammate?

EM: Jason Peters knows he can dominate anybody that he plays against. Couple that with the fact that he doesn't like losing and you've got a guy that's great to work with. He has a very competitive mentality and it's great having a guy like him on your team, especially when he's playing next to you.

MK: It is well-known that you own Zone Athletic Performance in Arizona, what made you decide to open out there and how has it changed your game, at least with offseason preparation?

EM: I take great care of my body during both the season and off-season. I've always been the type of guy to do that. In 2005 I came to Arizona to train for the Combine. I got in the routine of coming to Arizona each year to train, eventually opening my own facility. Every off-season I use my time to train at Zone and pull away from the competition. No matter how good or bad a season went, I'm back out to Zone to keep my body in peak physical condition. I'm going into my 10th NFL season and I have the same strength and speed, if not better, as when I first got in.

You can follow Mathis on Twitter at @EvanMathis69. You can also check out his training facility, Zone Athletic Performance, by clicking here.