Getting Ready for the Giants - Iggles Blitz
Big game on Sunday night. The heroic Eagles host the evil Giants. At stake…control of the free world, or at least first place in the NFC East. The Eagles are 4-1 while the Giants are 3-2. Dallas will be playing at Seattle. In a fantasy world. the Eagles will win and the Boys will lose. That would put the Eagles a game up on the Boys and 2 games up on the G-men.

Chip Kelly Update: The Eagles Suck. Also, Best in NFL - Fishduck
This is the most confusing football team ever. The offense is completely misfiring. Nick Foles led the league in long throws (over 20 yards) last year; in 2014, he’s 4 for 31, with three interceptions. Sunday was his personal low point in a miserable season; scrambling for a first down, he fumbled away the ball untouched as he rolled forward to the ground instead of sliding.

Inside Voices: Training Versus Practice - Birds 24/7
"I can't even tell you how unbelievable it is to play for a coach who believes in special teams, who wants to see it do well, who wants to invest in it, who's willing to do those types of things because he believes in the type of impact that it can have," said Maragos. "You see the emphasis that he puts on it, and guys take it serious. And it's a privilege to be a part of the kickoff team and the punt team. I mean, guys are fighting just to get in the rotation. When you have competition like that and you have such a uniqueness and we're having fun with it, it just turns out to be a really good unit for our team."

Eagles WR Huff getting increased role - Inquirer
When Josh Huff was drafted, the rookie wide receiver looked at the Eagles roster and knew it was going to be difficult to crack the starting lineup. The team had released DeSean Jackson and Jason Avant, but it had also re-signed Jeremy Maclin and Riley Cooper and drafted Jordan Matthews a round earlier. Maclin and Cooper would start on the outside and Matthews would be given every opportunity to replace Avant in the slot. But where did that leave Huff, whose Oregon pedigree was almost as prominent as Matthews' was at Vanderbilt?

Eagles’ Week 6 breakdown: New York Giants - The 700 Level
However, the award for surprise breakout performance goes to Larry Donnell. The Giants are getting unexpected tight-end production from Donnell, an undrafted second-year player. Donnell’s 25-reception, 236-yard campaign is punctuated by a three-touchdown effort against Washington on Thursday Night Football in Week 4. At 6’6", 265 pounds, he certainly can be a nightmare inside the red zone. That being said, he was held without so much as a target last week, so you have to wonder if the rest of the NFL has already caught on.

Mosher's scouting report: Eagles-Giants - CSN Philly
When the Eagles protect the ball, their offense is practically impossible to stop. Despite their many flaws, they’re averaging 31.2 points per game, second-best in the NFL.   Problem is, they’ve been terrible in ball security over the past two games and they’re squaring off against a Giants defense that has produced an NFL-most 10 takeaways during the team’s three-game win streak.

State Your Case Eagles Vs Giants - BleedBigBlue
The Eagles did not have a sack in Weeks 2 and 3. However, in the last two games, the front seven has combined for eight sacks, 10 quarterback hits, three forced fumbles, three fumble recoveries and two batted passes. That is incredible production for the unit, which has had a lot of issues getting to the quarterback. Outside of missing inside linebacker Mychal Kendricks, the front seven has been pretty solid, even without getting pressure. Cedric Thornton is one of the best run-stoppers in the league and Fletcher Cox continually gets pressure. Connor Barwin has been fantastic this season and now that he is finally making an impact as a pass rusher, it’s made everyone else’s jobs much easier. 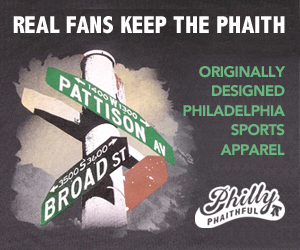