All-22: The Little Things Make a Champion

The key to the NFC East championship win last Sunday night was great effort and savvy from all three facets. However, saving one particular defender, the secondary played their game of the year.

Share All sharing options for: All-22: The Little Things Make a Champion

People often say that in order to win football games you have to play 60 minutes. The Eagles had their ups and downs, but all players involved played hard for all 60 minutes. The result was one of the most satisfying wins of the year. Yes, I know the Cowboys defense stinks, I know Kyle Orton played, but the Cowboys we saw on Sunday night were a different team than we saw for most of the 2013 season. They let it all hang out in front of their home crowd and fought for every inch on the football field. It was a classic NFC East battle and while the Eagles didn't play their most sound game of the year, the hard work was evidenced all over the football field.

However, on this night, I am not sure there was a hard-working unit that elevated their level of play as much as the Eagles secondary.

Before Dez Bryant broke off the TD to bring the Eagles to within 2 points, I was remarking to myself all night just how sound the Eagles tackling was. Furthermore, the key to the game on defense was the play of the secondary who quite simply made plays on the ball all night long. Let's start here. It's Dez Bryant in the open field one-on-one against a CB a match-up he's almost always going to win. Is that Nnamdi Asomugha? 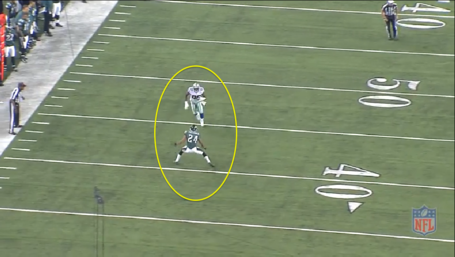 Nope, it's Bradley Fletcher taking Bryant down before the first down marker: 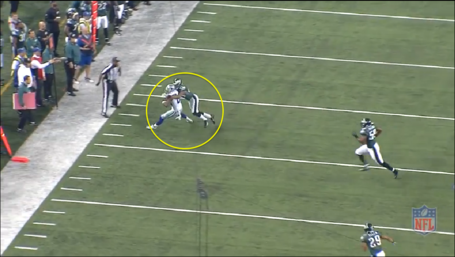 Here's a match-up you can bet the Cowboys were looking for all night. Dez Bryant in the slot against Brandon Boykin with no safety help: 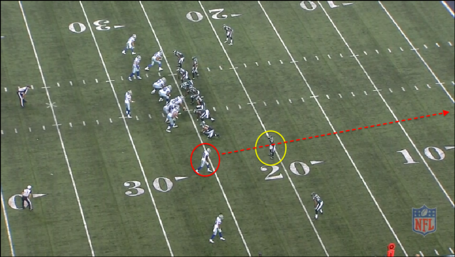 Bryant is going to run a streak to the end zone. Eagles send the blitz and Orton doesn't hesitate to throw the ball up for Bryant. It's a great read and a great throw. That's 6'2, 225 vs. 5'10, 185. Unbelievable play by Boykin: 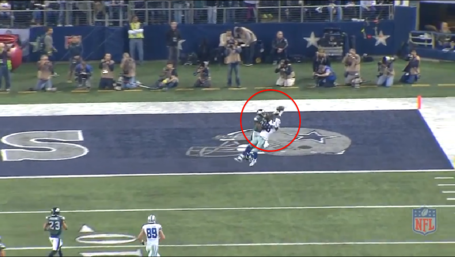 Speaking of Boykin, the Cowboys were running their favorite stretch plays with Murray all night. This requires defensive players to set the edge. Check out the effort by Brandon Boykin here. That's Witten and Beasley blocking him: 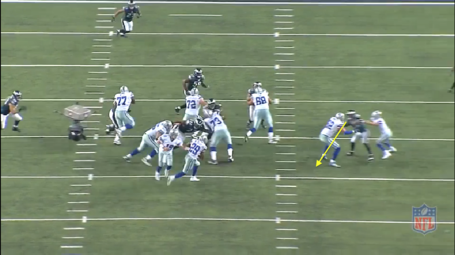 But they can't handle him. He forces Murray backwards and wider: 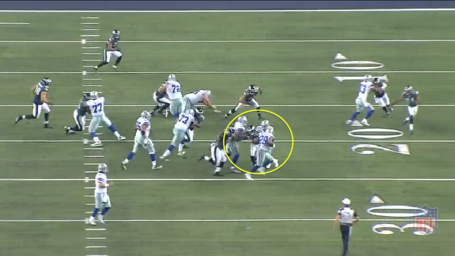 and the rest of the defenders swarm: 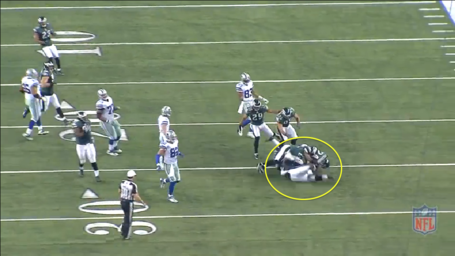 And here he is again. With an OL bearing down on him: 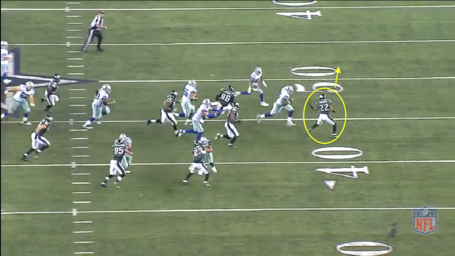 Boykin takes on the block: 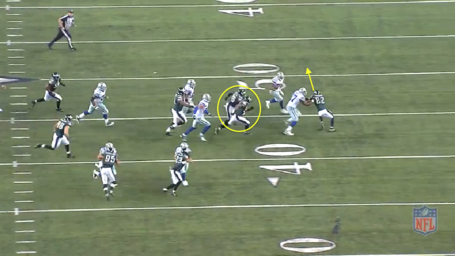 and forces him back inside to his waiting linebackers: 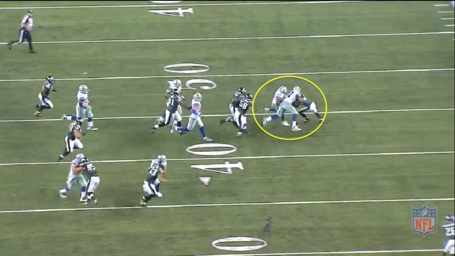 Here, the Cowboys find us in yet another one of those match-ups most of us did not want to see Sunday night. Here's Brandon Graham dropped back in coverage in space against Jason Witten: 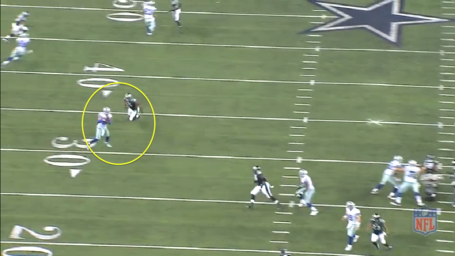 But Graham wraps him up: 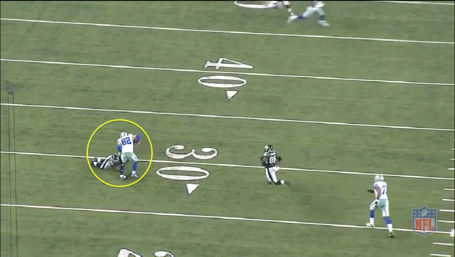 This one shows great cohesiveness as a unit. Here's the big 4th down play where Orton tries to get the ball to the flats to Demarco Murray. The play is set up nicely. They are going to run a high low with Witten and Murray. Barwin has responsibility for rushing the passer and knows Ryans has coverage underneath on Murray: 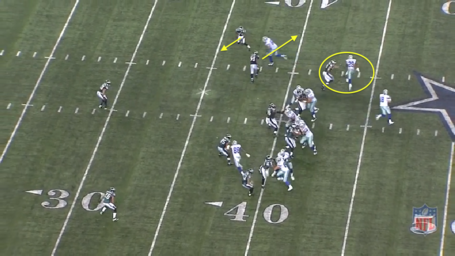 As Barwin turns off on Orton, it becomes obvious that Ryans is not likely going to be able to prevent Murray from getting to the sticks. Instead of running through his tackle, Barwin reads Orton's eyes and times the perfect jump to bat the ball incomplete. Huge play: 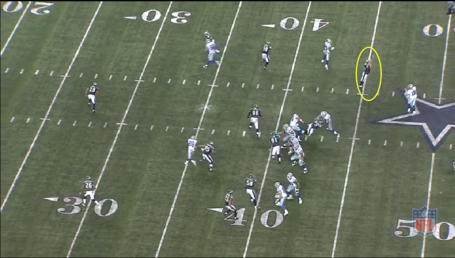 And here's Cary Williams with perhaps the play of the game: 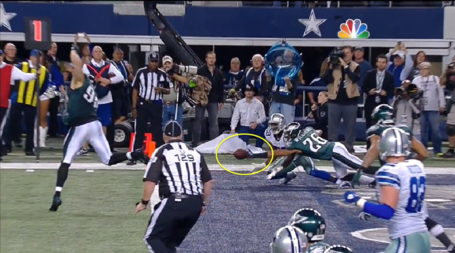 However, not to be outdone, Boykin made the play everyone was talking about on Monday. However, as Boykin alluded to in his post game comments, he want to go for the TD, but his savvy veteran teammates Demeco Ryans and Connor Barwin told Boyin immediately to get down: 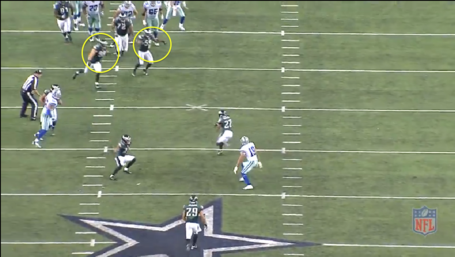