The Cowboys may have lost a key piece to their defense for the 2013 season.

Cowboys DE Tyrone Crawford suffered a serious injury today at practice, with early reports saying that it could be his Achilles: 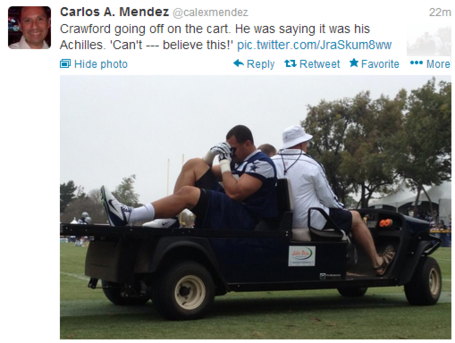 Crawford is a crucial player for the Cowboys, both in the short term and long term.

In the long term, with Anthony Spencer occupying the franchise tag this season (and last season for that matter), it was likely that the Cowboys would let him walk in free agency in 2014 if Crawford proved he could play. This injury could change the Cowboys' thinking on that front.

In the short term, Crawford, listed at 285 pounds, was the only legitimate DE that the Cowboys have with some size. The Cowboys have the smallest projected starting 4-3 DEs in the NFL (roster projections as of March): 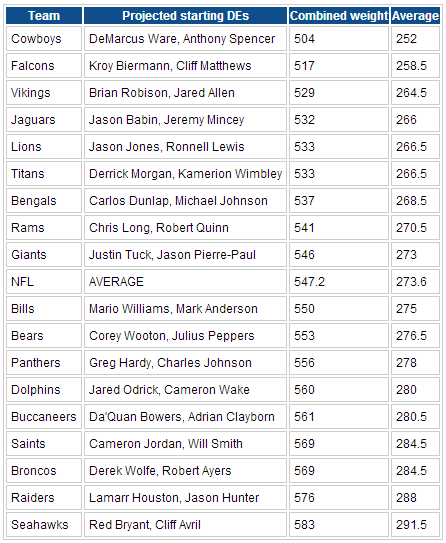 If indeed the Cowboys have lost Crawford for the season, it is a big blow to their ability to stop the run.