Despite being the 4th player the Eagles drafted this year, Matt Barkley was the unquestioned star of the team's first rookie camp. As the new QB in town, he drew the biggest crowds of reporters at the conclusion of practice.

As for what happened on the field, Barkley says he's enjoying his introduction to Chip Kelly's offense.

"I love it. It's a new challenge," he told the assembled reporters. "New terminology is like learning a new language in a short time period. It's the next step. I'm embracing it. I loved being out there today."

More: Is Barkley the next Tom Brady? Chip Kelly excited by Barkley's intangibles

Barkley joined Kelly in dismissing any notions that he wouldn't "fit" what the coach planned to do.

"I think I'll make it fit. It doesn't matter what Coach runs. I'm going to find a way to help this team out," Barkley said. "I know Coach Kelly has a way of working things out as well in terms of how he schemes and how he calls plays." 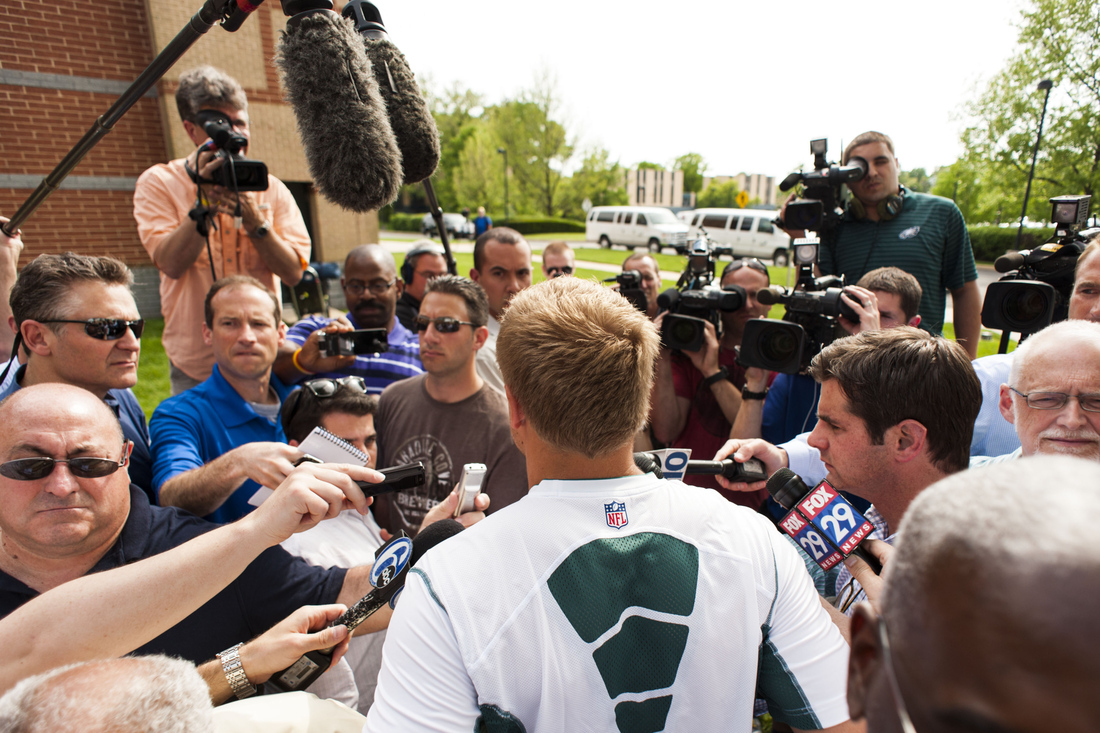 The former USC Trojan knows that there's going to be a competition at the quarterback spot and he plans on putting up a fight.

"You come in as a teammate to them, not as a fan. You come in as someone who is ready to compete against them at the same time," he said of the other QBs. "You come in knowing you have a job and they're trying to take that job as well. It's competition."

Barkley has essentially been the starting QB of every team he's ever been on since high school. His attitude should not only help drive him, but the other QBs in camp as well.