Pound the Table is back with its "Franchise" QB (open to interpretation). What_Paradox? is tasked with explaining to us all, why we should take "his" guy, West Virginia's Geno Smith. Here is what W_P has to say about the passer:

By now everyone has watched the videos and seen the stats, so let's quickly get this formality out of the way. Hailing out of West Virginia, Smith is a 6'2", 218 pound pocket passer who also performed exceptionally at the 40 yard dash (4.59 sec), vertical jump (33.5 inches) and the broad jump (124.0 inches). For reference purposes, this type of athleticism is nearly identical to Cam Newton, who was also considered a questionable top pick. 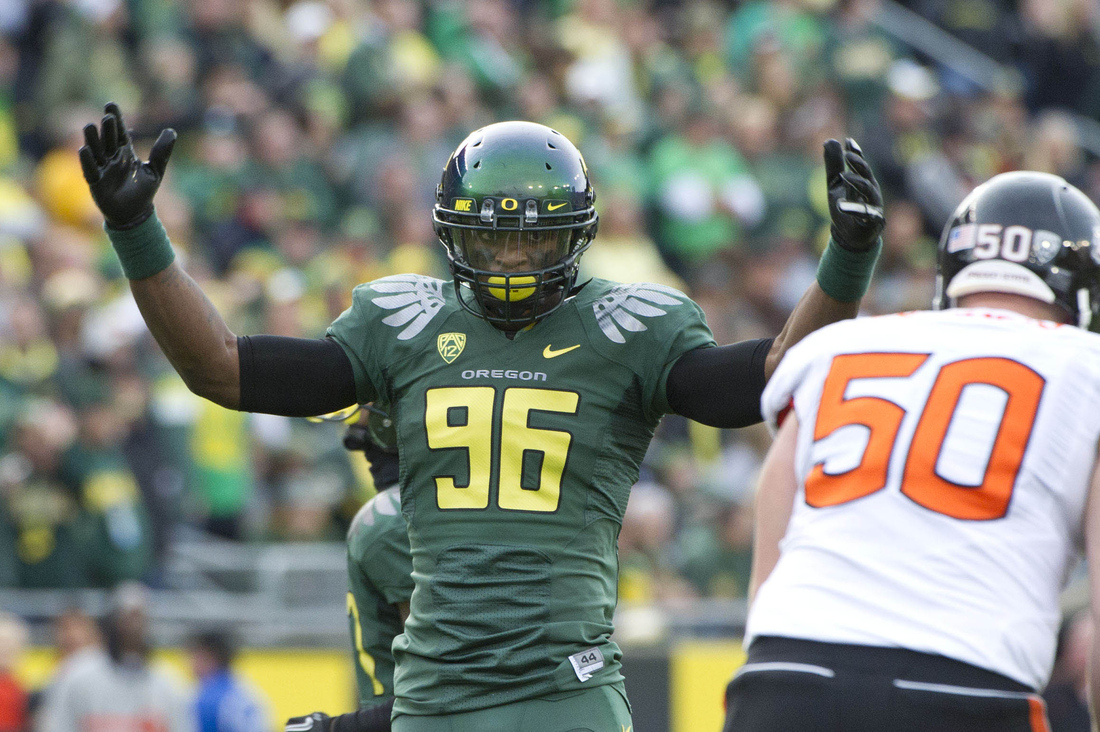 Smith posted exceptional passing numbers during his college career. In 2011, Smith threw for 4,385 yards, including a 407-yard, six touchdown thrashing of Clemson in the Orange Bowl. Smith followed up with a storybook 2012 campaign, where he completed 369 of 519 attempts, threw for 4,205 yards, scored 42 passing touchdowns and only gave up six interceptions. Geno also possesses a strong arm, great touch on his passes and has displayed an intense competitive drive. C'mon man!

So why isn't Geno Smith being heralded as the next Andrew Luck/Payton Manning prospect? The West Virginia Mountaineers posted a disappointing 7-6 record, which is incredibly perplexing considering the talent that the offense possessed (Travon Austin, Stedman Bailey, etc.). The team's spread offense also encompasses a lot of high percentage plays that rely on YAC and tend to overemphasize a quarterback's passing prowess.

While there is always inherent risk in taking a QB from a spread offense, discount Geno Smith at your own peril. Smith became a starter in 2010 and posted a 64.8 completion percentage with a 24-7 TD-INT ratio. Next year he improved to 65.8% and a 31-7 TD-INT ratio. Finally his senior campaign brought about a 71.2% completion percentage and a 42-6 TD-INT ratio. These numbers scream that Smith is a student of the game who has a knack for continuously improving his game. This notion was further cemented during a "phenomenal" pro day workout that showcased Smith's timing and accuracy (quoting he who shall not be Mayock'd).

Recap: Geno is mobile, accurate and has a history of improving every season. That's all great, but why should the Eagles draft him? Numerical list: (1) Geno's skill set seems to be a good fit for what Chip Kelly wants in a quarterback, (2) quarterbacks are the premium position and offer the greatest reward, (3) teams that draft a talented quarterback experience the best ROI (return on investment), (4) inept teams like the Cardinals demonstrate what happens when you don't gamble on a quarterback high in the draft, and (5) we are not getting a top 5 pick next year unless the NFL boots Arizona, Oakland, etc. out of the league. How's that for covering all the bases?

Bottom line: Geno Smith is our best ticket to Super Bowl contention in the immediate future. Even if you believe in Vick/Foles, having multiple franchise quarterbacks on the roster is definitely a preferable predicament to having none. While it is ultimately up to Chip Kelly and the Eagles Brass-including Jeff Lurie who hasn't graced a private workout since McNabb-for our purposes Geno Smith is the best possible selection. Draft Geno!

Next up, is Eagle Page with "his" guy, BYU defensive end, Ezekial Ansah. Who is ready to get Ziggy With It?!?!