The NFL draft is just 2 days away and speculation still surrounds the Eagles 4th overall pick. While the guessing game at the top of the draft is interesting, the team still has a ton of holes to fill. That said, the Eagles will need to spread their needs throughout the draft, from round to round. While the team has signed four defensive backs this offseason, the defensive backfield remains uncertain with questions surrounding literally all of its players. Adding depth at cornerback and safety will be essential for meaningful camp battles, so whether they take guys early or late, it is important that they touch the secondary at some point. Luckily, this draft has a lot of depth when it comes to defensive backs, which is why a guy like Miami Hurricanes cornerback, Brandon McGee, could be a third day option for Philadelphia.

Coming out of high school, McGee was heavily recruited. As the top cornerback in the state of Florida, he chose to go Miami. His first two years with the Hurricanes, he served mostly on special teams and as depth. He became a starter during his junior season and finished that season with 38 tackles and an interception. McGee also started his senior year and had 54 tackles and two inceptions in 2012.

At 5'11" and 193 pounds, he has the size to take on NFL wide receivers. At the combine, he had one of the 3-cones for defensive backs at 6.71 and ran a 4.40 forty-yard dash. Like most University of Miami players, the guy is a solid athlete and went to the same high school as former Eagles draft pick, Jeff Owens (Plantation High School).

Draft analysts have taken note of his athleticism and fluid movement (as shown in his 3-cone). NFL says McGee has "fluid hips help him transition well, flips open quickly to keep up down the sideline. Good recovery speed and is effective in trail over the middle." CBS Sports acknowledges he has "smooth hips to easily turn his frame and adjust on a dime. Patience, controlled footwork, playing with confidence. Nice job locating, highpointing and getting his hands on the ball in coverage."

Competitiveness and toughness have been a weakness of the Eagles secondary since Sheldon Brown and Quintin Mikell left town, but experts say that will not be a problem with McGee. CBS notes that McGee does a "nice job in pursuit to chase and close with accurate angles. Feisty and tough with very good effort to rip the ball out." NFL.com mentions that he has "Competitiveness, and body control to knock away passes around the receiver without interfering. Shows violent hands to rip off receiver blocks in the run game, sticks his nose into tackles, wrapping when possible, on the edge and adds himself to piles."

Like most prospects, McGee has his faults. Draft analysts have acknowledge his size as coverage discipline. CBS says he makes "too much contact downfield and needs to do a better job with his hands and body positioning, often making it too easy for the officials to call pass interference. Room to improve his transitional technique." NFL seconds that assessment, noting that he "leans back in his pedal too often, losing some traction when needing to plant to trail, or getting knocked out of position by contact. Needs to flatten his blitz angles, ball gets underneath him." Both sites also acknowledge that is height is only adequate.

NFL.com compares McGee to current Tennessee Titans cornerback, Jason McCourty, who just signed a huge extension with the team. CBS ranks McGee as their 18th best cornerback and has him projected as 4th-5th round pick. 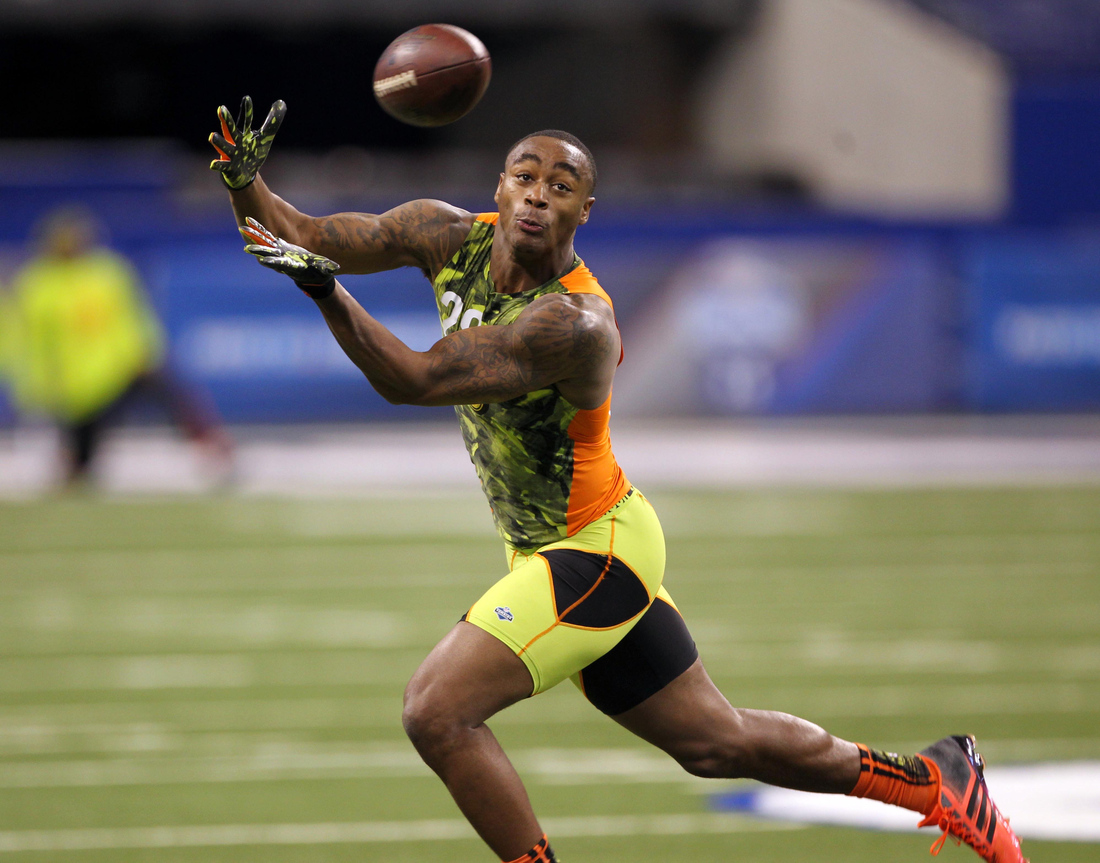 McGee is an interesting prospect. He is not your typical Miami guy, who is just a pure speedster, but he is an athlete. He uses his hands well in coverage and was used on the right side, left side and as the nickel corner. He plays off but has the change of direction ability and toughness to play press. McGee was used as a blitzer frequently and got into the backfield quickly when asked to blitz. He played special teams all four years at Miami and stands out as a fantastic gunner on kick and punt coverage. He likes being aggressive and loves stripping the ball. McGee is a willing tackler and has no problem with being involved in the run game.

McGee is a bit of an underachiever. As a popular high school recruit, his college numbers are lacking. With just three interceptions, you wonder about his ball skills. He seems to be too aggressive at times, which keeps him from separating from the wide receiver blocking him on run plays. He does not have great speed and his coverage ability could use work. He is the type of guy that you eventually move to free safety. He is a good hitter and may fit in better at that position. It is hard to tell if he really is a natural cornerback.

As I always tell you, do not just take my word for it. Check out McGee for yourself:

Now that you know more about McGee, would want to add him during Day 3?