We're almost there, folks! Ah, the draft is now less than 90 hours away, so it's time to put out one final 7-round mock. Anders, Mike and myself were joined by newcomer, Philadelphia native and Raiders fan (yes, he's a weirdo -- and a masochist) Brian Hughes, who's as big a draft nerd as you'll find on Twitter/the Internet.

This marks the last 7-round mock draft before the real one finally, mercifully begins. Anders Jensen (@Mjoedgaard) helped through the first three rounds, Mike Kaye (@mike_e_kaye) through the fifth round, and then Brian Hughes (@BHugh215) and myself (@dklausner) took it home in the sixth and seventh rounds. And yes, yesterday's trade between the Jets and Buccaneers for Darrelle Revis is included. As always, feel free to leave your comments and tell us why we're stupid and you're smart, what you would have done instead, so on and so forth.... because, really, what would a mock draft be without such banter? Useless, that's what. Here is the Eagles' total haul: 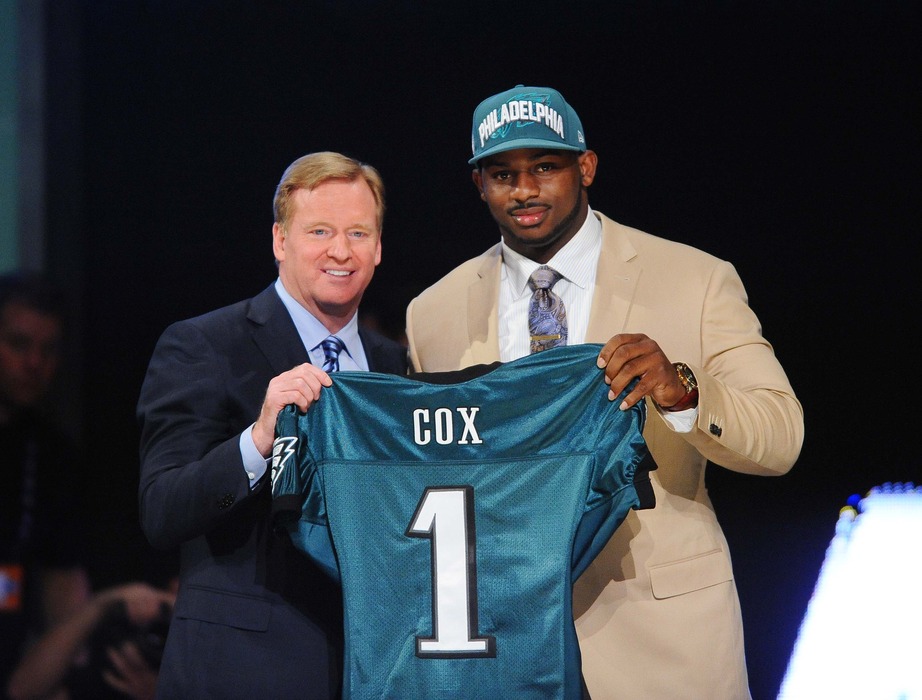 Mike Kaye's Editors Note: As I have noticed that critics are up in arms over the two QBs to the Jets thing, I would like to point out that we did this mock five days ago. Being that we would live sad and lonely lives if we re-did a 7-round mock draft following a trade that went through Sunday afternoon and then published on Monday morning, we decided to just swap out the Buccaneers pick for the Jets that we felt would work. I have now traded the Nassib selection to the Bills for Robert Woods to give the Jets another weapon.