T-minus six hours until free agency starts, here's some more last minute preview material for the Eagles. Got some new names listed in part two of the feature.

So, free agency unofficially officially starts at midnight? Better get in this second part of the round table preview. Resident Australian Eagles fan Nathan Koehler (BGN -- Kowalski) and BGN regular bebin (@bebinabraham) were nice enough to answer these questions, and I'm glad they offered up some different names from part one of this feature.

Nathan Koehler (BGN -- Kowalski): I honestly think that outside linebacker may be the deepest position in this Free Agency. Just look at the names available for anyone willing to pay the price: Paul Kruger, Philip Wheeler, Daryl Smith, Connor Barwin. A close second would be the offensive tackles, with a number of players who could come in and help right away. Names include Jake Long, Phil Loadholt, Andre Smith and Sebastian Vollmer. 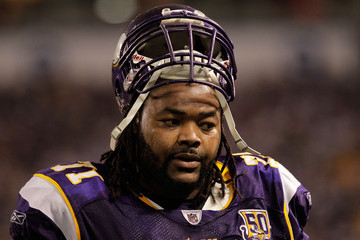 I think the Eagles should go after at least one offensive lineman, whether it be a guard or a tackle. Call me crazy, but I do think that the focus already needs to be next year's QB crop with Bridgewater, Manziel, Boyd and Murray (Editor's note: And David Fales of San Jose State, trust me on this). If we don't plug holes on the line this year, we can always get a tackle next year, but we are sacrificing our shot to get a potentially awesome signal caller for a potentially awesome tackle -- and I know which I'd rather.

Additionally, I think that offensive tackle is above and beyond the greatest need for the team. You cannot win if you don't score (/Maddenism), and the safest way to do that is to give your scorers great blocking. Further, look at teams such as the Saints: They may not have the greatest defensive play in the league, but they can hang with just about any team by virtue of being able to score. Again, how do you score effectively? Protect your scorers.

bebin (@bebinabraham): As NFL free agency period starts up soon, the Eagles will most likely have about $40-44 million dollars in free cap space. Hypothetically speaking, Howie "Bear Jew" (Editor's note: I'll allow it) Roseman will set aside $6-7 million dollars for draft picks and then most likely give himself a cushion of about $10 million for carryover/future deals. This will then leave the Eagles with about $23-24 million to spend this offseason on FA's.
Looking at this year's class of FA's there aren't many "HOF" caliber players (if any at all) but fortunately for us there are some very solid pieces on the market. These complementary pieces can help us build a solid team and supplement the young and upcoming talent we already have on our team. The two positions in particular that really stood out to me in terms of depth in quality were the Offensive Tackles and Safeties. As luck would have it, these two positions also happen to be two of the biggest needs for the Eagles. I don't have a particular position that I would rather address in Free Agency as opposed to the draft but I think these two aforementioned positions can be addressed in some manner through FA.

2) Who are your top 5 free agent targets for the Eagles? Why? And what's the max contract you'd be willing to offer each of them?

Nathan Koehler (BGN -- Kowalski): Alright, here's my current list as of when I submitted this. This changes and ebbs and flows with my research and notes on both the players themselves as well as (particularly this season) what the Birds are going to do.

My biggest pet peeve with Free Agency is signing for the sake of a name. I hated it when people cried for Greenway and Asomugha rather than players like Manny Lawson or Johnathan Joseph, and I hate it now. I like value-for-money, and these 5 seem like the best value for money picks available.

All these names, with the exception of Kruger, come with question marks. Loadholt could get lazy, Levitre could falter outside of Buffalo and suck in our system as a result, Shields is restricted, Quinn is a converted CB and might not be able to play the run to the level a safety should. Kruger could even be a question mark given the "we might not be in the 3-4 YET" reality.

How much would I offer each of them? I don't know for sure. I'm not a contracts guy. I like assessing the guys, not having to try and sign them from my armchair.

If I had to ballpark it, I'd offer 5 year/$10 million a year contracts to the linemen and anywhere between $6-8 million a year for the defensive backs. Kruger I'm not sure about. I mean, granted he is talented, but he also represents a risk in that the system may not fit the man and vice versa. I'm really not sure on where to put him.

bebin (@bebinabraham): My top 5 FA's are players many would most likely classify as one year wonders, injury prone players or under the radar players.

I believe I've been pretty vocal on here about the Eagles selecting either the Jock (Luke Joeckel) or the Fish (Eric Fisher) with our first pick in the draft, but in the process of writing up this article I started to re-think my position. This change in mindset was mainly brought on by the quality of FA's available at the offensive tackle position (you don't know how much it's killing me to write that). This change led me to pick the first FA on my list as Andre Smith. Smith, as most of you may remember, was a former top-6 pick (Editor's note: Who can forget his Combine bitch tits and antics?), who before 2011 was known for his rotundness rather than his contributions on the field. That all changed during his breakout season in 2011. Since then, he has maintained his weight and turned into a premier RT, shedding the bust title placed upon him. Most offensive tackles take 4-5 years to really grow into the position in the NFL, and I believe the best is yet to come with Smith. He is a premier run blocker and has recently also improved his pass blocking. He has also has some familiarity playing in a ZBS and brings the toughness that Jeff Stoutland requires of his linemen. Signing him would not only give us an elite tackle on the right side in the long term, but it would also mean that we could move Todd Herremans back to his natural guard position.

Most offensive tackles take 4-5 years to really grow into the position in the NFL, and I believe the best is yet to come with [Andre] Smith. - bebin

Just a few years ago, Derek Cox was lauded as one of the up-and-coming corners in the league. Then the injury bug struck, yet he was still able to hold opposing QBs to passer ratings of 44.6 and 69.0 in 2011 and 2012 respectively. He is a tall, physical corner who fits perfectly into our press man-cover scheme. We can most likely get him on a one-year "prove it" deal or multi-year contract (which is probably what I would offer).

Kenny Phillips is among the premier safeties in this FA class and the league as a whole. Although he was injured this past season, he ranked among the top safeties in the league when he played. He is a sure tackler and does pretty well in coverage too. He was ranked by PFF in 2011 as the 6th best safety in coverage, which is good because the 4-3 under calls for 2 rangy corners who are equally good in coverage and run support. The Giants will most likely have to make a decision to either keep Phillips or Stevie Brown, who had a breakout season while filling in for Phillips, and I think they go with the younger Brown. It'll be hard for the Giants to keep both, and thus I think Phillips can be had for a decent multi-year deal.

I won't go into any details on him. Everything you need to know about him is pretty much explained here by Mike Kaye.

The prospect of starting and battling out with Curtis Marsh most likely entices him to sign on the dotted line.

Who? Well you may have never heard of Sammie Lee Hill. Heck, I didn't until last year. He was the forgotten 4th man playing behind Ndamukong Suh, Nick Fairley and Corey Williams on the interior for the Lions. A decent run defender (rated out at +3.0 in 2011 per PFF) and an emerging pass rusher (+7.9 2012 PFF). I believe he has the ability to play in the interior either as the 1-tech. Even though he's a young upcoming NT I believe we can get him on a cheap contract and entice him to come here with the possibility of starting.

(Editor's note: I have heard of Sammie Lee Hill, have mentioned him before on Twitter, and yes, I like this suggestion. You know the thing that first drew me to Sammie Lee Hill, aside from his name? The photo on his official ESPN player page. Oh, and on top of all this he comes from Stillman College? Hits on the trifecta of awesomeness. Bring in the big fella to help clog the middle.) 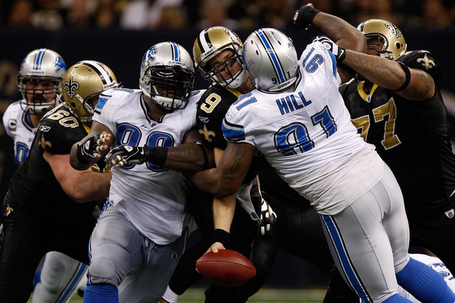 Nathan Koehler (BGN -- Kowalski): Best case is that the Birds sign some combination of a lineman and defensive back from above. Absolute best would be a Shields/Loadholt combination, but I would also be happy with something along the lines of Quinn and Levitre. As long as we can fill two holes in this free agency period, then I would be extremely happy.

Worst case scenario? I can imagine quite a few right now: 1) That we fail to fill any holes when we would have been good giving out short term contracts to players who could 'fill-in', 2) that all we do is grab a little-known player and try to pair him with his former teammates to rekindle the magic (coughstaceyandrewscough), or 3) that we overpay for a player based solely on their name and reputation, which quickly goes south within two seasons (Nnamdi Asomugha Syndrome)

As an addendum: I'm quite content for the Eagles to sit on their hands this year as long as it means not overpaying for a player, but I think they need to look as if they at least are doing something.

bebin (@bebinabraham): The hardest questions usually tend to be the last ones, it seems like this roundtable is no different.

The best case scenario for the Eagles, according to me anyway, would be to plug in most of the holes with either underrated complementary team players or sign stopgaps so that we can develop talent in-house.

The worst case scenario would be trying to recreate a "dream team" scenario. Building around the star caliber players we have on our team should be the main goal. Throwing together random pro-bowlers and expecting them to win a championship doesn't work. You need the blue collar guy along with the white collar guys to create an elite team.