Have the Eagles moves in free agency set them up to draft Geno Smith with the #4 overall pick this April?

Share All sharing options for: Should the Philadelphia Eagles draft Geno Smith?

The Eagles have attacked this free agency with the clear intention of filling holes. In fact, they've at least got a couple new bodies at most positions of obvious need.

But as they turn their attention to the draft, there's still a few items on the shopping list. Even with the signing of Isaac Sopoaga, they'll still probably need another defensive lineman or two. There's still also a need for at least offensive line depth if not another bonafide starter.

Michael Vick is on just a one year deal and there really aren't many people around that still think he's a long term solution. Nick Foles certainly has his fans and showed some solid things in the last half of last year, but he's still far from proven himself. Plus, there's always the question of how he fits into Chip Kelly's offense.

Of course, they could always draft a quarterback and if they did, Geno Smith is likely the choice. He's got good size at 6-3, 218. His production last season was ridiculous (42 TDs to 6 INTs). He's not a running QB by any means but he's very athletic as evidenced by his combine best 4.59 40. He's accurate (68%), can throw a deep ball... And he just turned in a fantastic pro day. 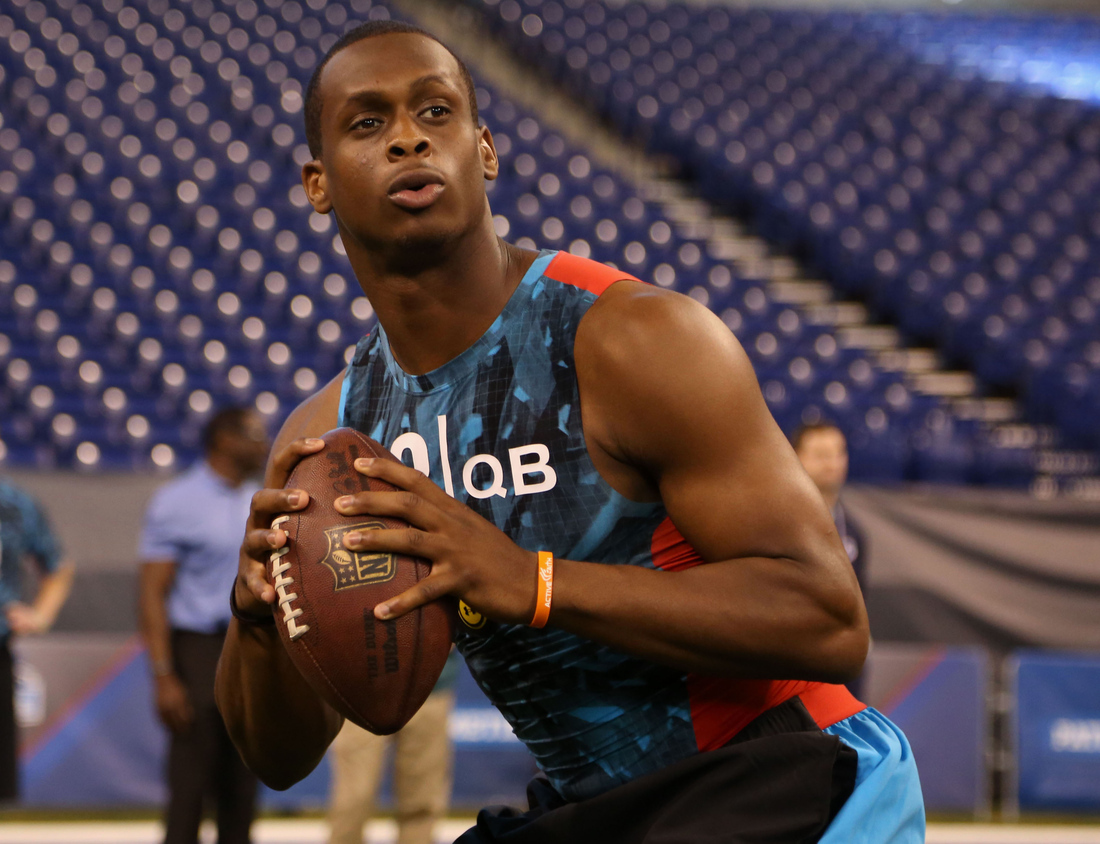 Ron Jaworski was in attendance and talked about what he saw from Geno on 97.5 the Fanatic.

"He threw the deep ball very well, he threw those tough seem throws very well, he was very accurate," said Jaws. "He's got a live arm. His fundamentals were rock solid. His stock to me clearly went up today."

"Geno Smith threw 62 scripted passes but these aren't your short dink and dunk type throws. They were long balls, they were posts, they were seams, they were those skinny posts that you have to have great velocity and he made all the throws."

Jaws left convinced that Smith can be a success in the league.

"Geno Smith is athletic. He timed a 4.59 in the forty, which is excellent speed, but he's not the kind of guy that will dart from the pocket and wow you with athleticism. I think he's a guy that is going to play in this league for 10 to 12 years and be a prototypical pocket passer, almost a little bit like Russell Wilson."

The Russell Wilson comparison is interesting because what struck me most about the way he ran was how smart he was. Wilson isn't a burner (4.55 40), but he's athletic enough to make plays with his feet and he doesn't take hits. Geno shows that same kind of awareness. And yes... he slides.

And there's one more pretty compelling reason to take a risk on Geno Smith. That is that it's not even that much of a risk at all. Before the rookie salary cap, missing on a top QB pick meant that his contract became an albatross for 6 years. That's not the case anymore.

As NFL.com's Ian Rappaport pointed out, the #4 pick in the draft this year is going to make a little over $4 million dollars a year for 4 years. Just for comparisons sake, the Minnesota Vikings are paying Matt Cassell $3.7 million next year to be a backup. Michael Vick is going to make $7 million this year. 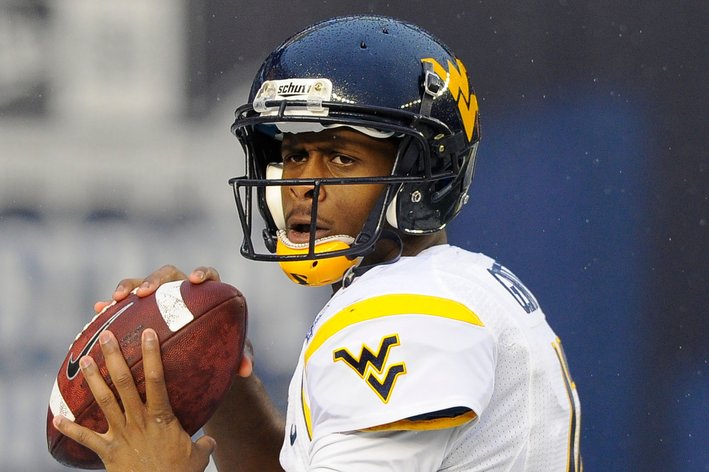 At 6'3 and 220 pounds, Smith has the ideal frame for an NFL quarterback. He has a strong arm, and displays pinpoint accuracy on the deep ball. - Mocking the draft (click the pic for more)

If Smith turns out to be a franchise QB, he's going to be under team control for 4 very cheap seasons. If he's not, he'll be paid like a market rate backup.

Now, there's obviously an opportunity cost as well. If you draft Smith, you don't draft Eric Fisher or Dee Milliner or any of these other guys that could end up as pro bowlers one day. But it's become increasingly clear that if you don't have a QB in this league you don't have a shot. So you could make a pretty strong argument that taking a shot on Geno being that guy is worth it.

And there's no time like the present. I've certainly seen the argument that the Eagles should wait until next year to take a QB when the class looks to be better. But that's a pretty impossible plan to make. For one, what if the completely possible scenario happens where the Eagles finish 8-8 and are no where near close enough to take one of the top guys?

And what if the teams that are at the top of the draft need QBs aren't willing to trade?

Waiting until next year to get your QB isn't a plan. It's a complete and total gamble. A guess.

If you've never seen Geno Smith's tape against Baylor from last year... do yourself a favor and take 11 minutes to watch it.