The Eagles very first signing of the free agency period was former Texans FB/TE James Casey. He's a guy who has been labeled as "versatile" his entire career and looking at his resume that's apt description.

He started out as a professional baseball player in the White Sox organization, but decided to go to Rice and switch to football. He would play QB, DE, FB, TE... in fact he once lined up at 7 different positions in one game. In the pros, he played at FB, TE and even slot receiver.

"As a coach it's almost like you kind of got a new toy when there's a lot of different spots you can put him in because he's got a background in it and he's extremely smart, extremely intelligent," said Chip Kelly.

"His versatility is really one of the keys to us acquiring him. He was a guy we targeted right away when free agency started, a guy that can really come into our program and have a big effect on what we're going to do."

Kelly said that finding guys that can be moved around will be key in confusing NFL defenses and cited how the Patriots use Aaron Hernandez as proof.

"We want guys who can do that. You really get pigeon‑holed when you have one‑dimensional players, and when you do, it makes it a little bit easier for defenses to go out there and understand what's going to go on in certain formations." 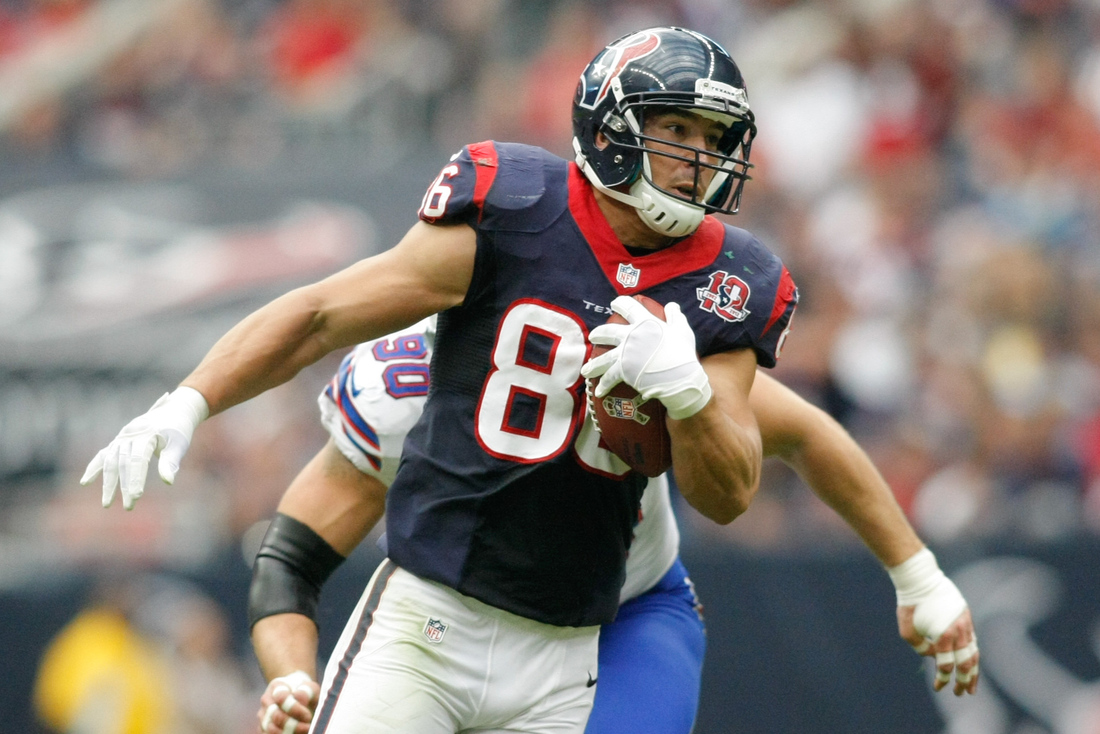 Kelly again invoked the Patriots when asked if he plans on using two TE sets with Casey and Brent Celek.

"We're definitely going to use both him and Brent in the game at the same time. I think there's a lot of that going on in the league right now. You just look up the road at the Patriots using Gronkowski and Hernandez at the same time. I think the mismatches that they create sometimes, they're too athletic for linebackers and they're too big for defensive backs, and it's big man's game, and when you can get big, athletic guys that can run, it's our job as a coaching staff to put them in position to make plays."

I know that that last bit is going to make a lot of Eagles fans happy to read.

There's no question that this offense is going to look very different under Chip Kelly and this is just a small preview.