This afternoon the Eagles introduced 2 of the 5 players they signed yesterday, NT Isaac Sopoaga and TE/FB James Casey. We'll talk about Casey in just a bit, but I wanted to focus on Sopoaga to start because at least as far as personality is concerned, he may have more impact here than any other signing.

His opening statement was one to remember.

"Talofa and Aloha," he said. "My name is Isaac Michelangelo Sopoaga. First and foremost I would like to give thanks to our heavenly Father for this great opportunity, this wonderful lovely day that we are here as one, for our family here in the Philadelphia media people, get to know us, me and our brother here."

Wearing a cap and big island necklace, the man they call "Ice" continued. 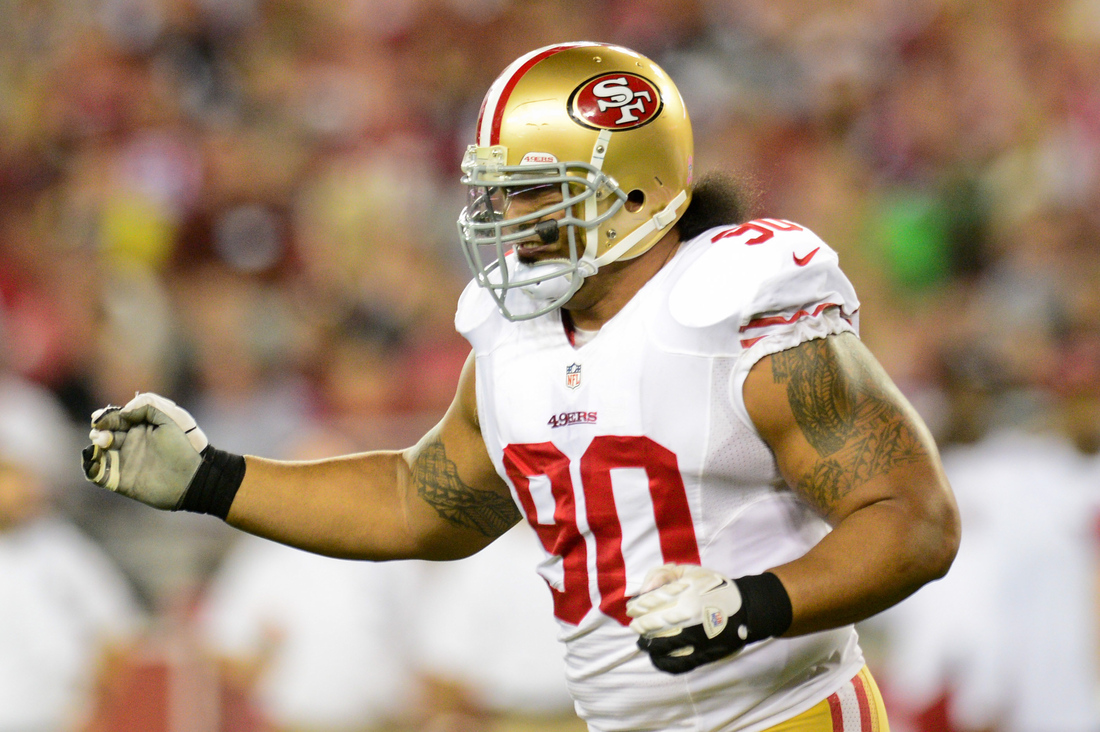 Of course, after Vince Young's now infamous "dream team" comment, everyone in the media is on the lookout for the next grandiose claim by an Eagles free agent. But Chip Kelly dismissed the idea that he wouldn't like Sopoaga saying they would "shock the world"

"I think it's evident when you watch Isaac play on tape the passion that he has for this game, and that's why we want him to be part of our organization, and if you don't plan on coming in here and winning then we're not going talk to you. So the statements that he makes is exactly how everybody in this football program feels and what it's all about."

Chip Kelly said that the evaluations they did on Sopoaga and Kelly in terms of what they bring off the field are just as important as how fast and strong they are.

"I think with the guys that we just acquired, probably the common theme is not only are they outstanding football players but they're outstanding off the field, too, and it takes a lot to be a professional football player, and if you're not all in, 24/7, 365, then it becomes very, very difficult. Kind of identifying who we wanted to become part of the Eagles organization, that was just as important as how fast are they and how strong are they."

Kelly says he expects the two to be "tempo setters" for the program he's trying to install.