Our favorite NFL reporter Jason LaCanfora is reporting that the Eagles are in the market for 3-4 pass rushers and have been talking to Connor Barwin and Victor Butler.

Barwin (6-4, 286) had a breakout in 2011 with 11.5 sacks, but wasn't as productive last year with just 3. Still, he was a key part of a very good Texans defense as evidenced by the fact that he was in on 94% of their defensive snaps. That was most of any Texan front 7 defender including the great JJ Watt.

Texans GM Rick Smith said that bringing back Barwin was high on their list of priorities and that he's a core player for Houston.

"It's high," Smith said. "It's high. I talk about all the time about our core players, and Connor certainly is a part of that. And we attempted to sign Connor last year.

Barwin turned down an extension offer from the Texans last year on the hopes he'd have another double digit sack season and really cash in this year. That didn't happen. Now teams are faced with deciding whether 2011 or 2012 was the fluke for him. He is only 26, so there's still upside there. PFF graded him at a -19 in over a thousand snaps last season.

Our Texans blog wrote a good piece on the potential value of Barwin. 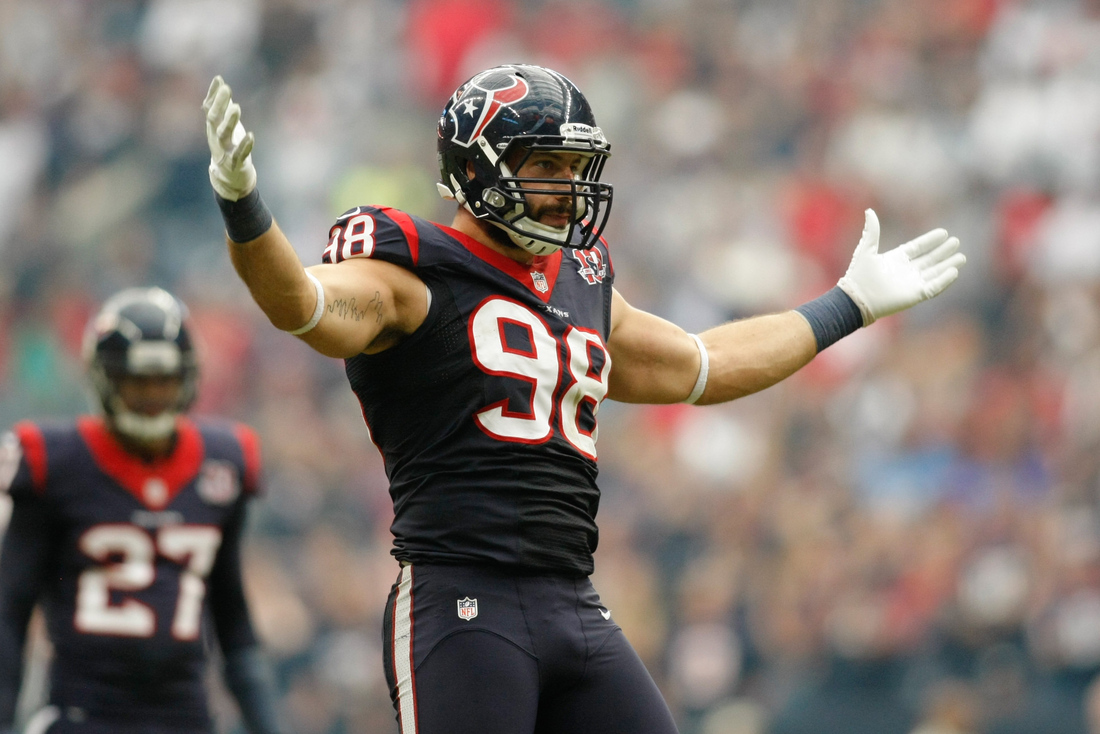 Victor Butler is a 25 year old LB that has spent the last 4 seasons with the Cowboys. He's not much of a pass rusher with just 11 sacks in 4 years, but he did grade out with a +7.2 according to PFF last year. He only played on 300 snaps, so he was more of a reserve player for Dallas.

Overall though, PFF thinks he could be one of the real bargains in free agency this year.

While he won’t receive the same pay day of his current Dallas teammate Anthony Spencer, outside linebacker Victor Butler has the potential to be one of the bargains of the offseason for the right team. Playing just 300 snaps for the Cowboys this past year, Butler had a Pass Rushing Productivity rating of 9.4, with three sacks, three hits and nine hurries from 127 pass rushing snaps.

He’s far from a sure thing, with this being the most snaps he’s seen in a season in his four-year career, but Butler has earned his shot at a starting gig. Grading positively both as a pass rusher and against the run in each of the past three seasons, Butler has shown that he’s good enough on a limited number of snaps, and now comes his chance to do it as a starter.

Butler would fit the profile of a young, 3-4 experienced player that would come cheap that the Eagles are likely in the market for.