The Eagles are showing interest in Raiders DE/DT Desmond Bryant according to a report from Yahoo's Jason Cole. Also after him are the Patriots, 49ers, Seahawks, Jaguars as well as the Raiders.

The 27 year old Bryant is a 6-6, 311 and went undrafted out of Havard in 2009. He's started 18 games over the past 2 seasons for the Raiders moving between DE and DT collecting 9 sacks in the process. He profiles as a 5 or a 3 tech DE in the Eagles scheme.

AndersJ named Bryant as his top free agent target in our roundtable last week and had this to say.

Bryant played primarily as a 3-tech or 2-tech, but I can easily see him fit as a 5-tech in Eagles new system, and rumors are that DC Billy Davis prefers his players to be scheme-versatile so that there isn't really a strong or weak side, but just left and right. Bryant only started 8 games because he was the backup to Richard Seymour, who went down with an injury in Week 8. Bryant is an impressive specimen at 6-6 and 311 pounds. He is equally good against the run and the pass, so he is no liability

Bryant was arrested in Florida recently for DUI and took this very unfortunate mugshot. 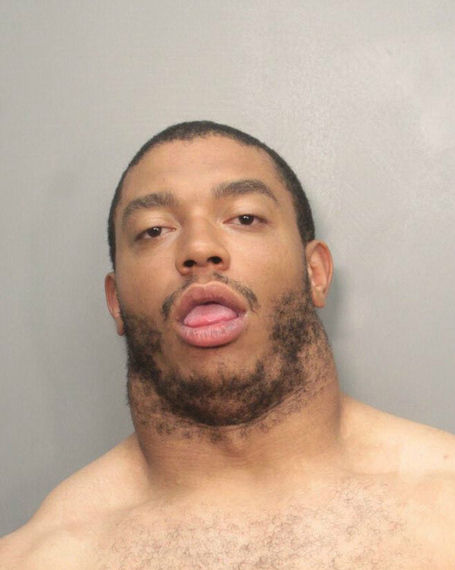 Fairly damning evidence that you may have been drunk I'd say...