The last meaningful play of the Eagles win over Detroit was a clever play action pass that went to a wide open Brent Celek for a first down. Celek could have easily walked the ball into the end zone, but instead opted to slide down in the snow and give the Eagles the opportunity to take a couple kneeldowns for the win. 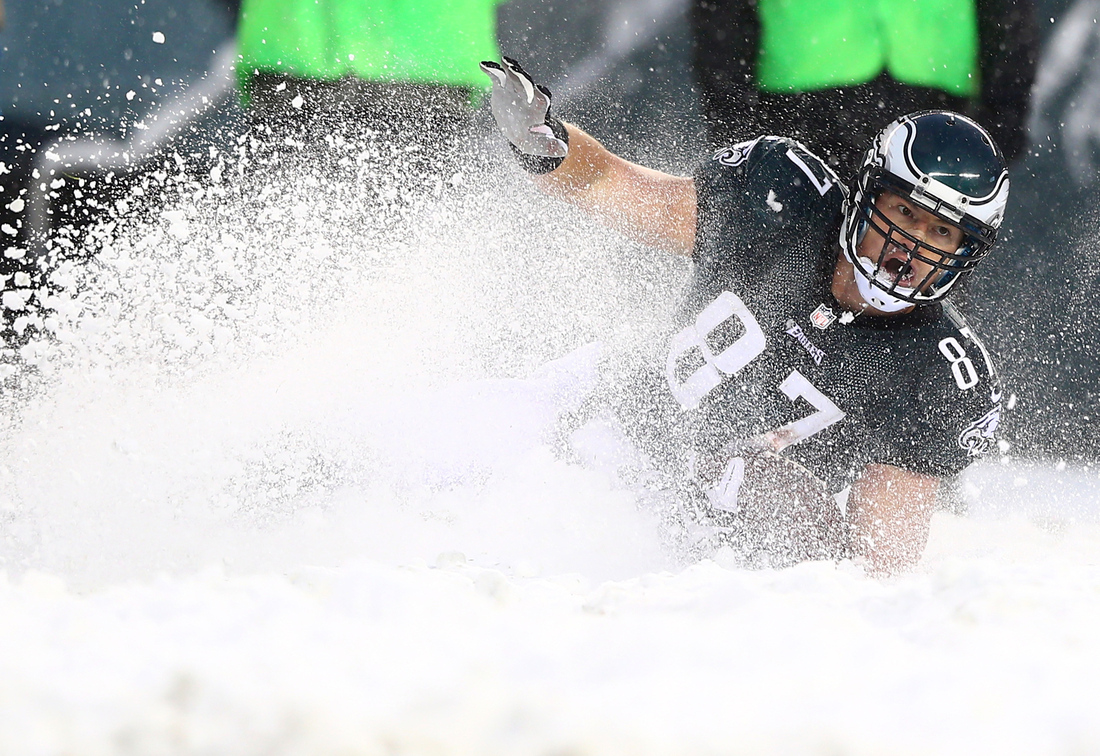 via (Photo by Elsa/Getty Images)

Here's a gif of the play

One particular former Eagle was not surprisingly a big fan of that play...

One of the more memorable moments of Westbrook's career, and the moment where we realized that everyone was playing fantasy football, was when Westbrook took a knee on the one yard line in Dallas rather than score a TD and give the Cowboys any chance of a comeback drive and onside kick.

The Westbrook play was a very smart and unselfish one, masterminded by RT Jon Runyan. It sealed the game for the Eagles but incensed Westbrook fantasy owners who were robbed off 6 points.

The Celek play from today drew similar reactions from Nick Foles owners, who would have liked to see another TD to cap off what would have been a 20+ point day from their QB.

That said, the Celek play wasn't exactly like Westbrook. The Eagles were up 2 TDs when Celek caught the ball and would have been up 3 with just over a minute left had he scored. There was no threat of the Lions scoring 3 TDs and getting 2 onsides kicks. The game was over whether he scored or not.

So why go down on that play?

"I knew as soon as we called that play that if I caught it, I was going down," Celek said. "Listen, I score, then we have to do a kickoff and then the defense has to go out there. Guys can get hurt. It's not a smart move for the team."

As Celek said, it ends the game. The Eagles ran the victory formation from there on out. There were no more plays on which someone could get banged up or something goofy could happen. Like I said, the game wasn't in doubt either way, but on a crazy snowy day where Reggie Bush got injured just by stepping on the field during warmups... You can be sure Celek's teammates appreciated not having to risk themselves in another snap.

Plus, I'm not sure if this factored in to Celek's decision at all, but it was also a sporting move as well. The game wasn't in doubt and this play would have only padded the stats and the score. I would never feel bad about running up the score on an NFL team (they're all professionals, they all have the same resources), but it's still a sportsmanlike move not to.