Checking in on Rookie Tight Ends

How has Eagles 2nd round pick Zach Ertz stacked up against his fellow rookie TEs so far?

Share All sharing options for: Checking in on Rookie Tight Ends

The Eagles 2013 2nd round pick Zach Ertz has been slowly earning himself a larger and larger role in the offense. In fact, he was even recently elevated to co-starter alongside Brent Celek.

Since Ertz plays a position that's a little easier to quantify than most of the Eagles 2013 picks, I got to wondering recently how the tight end is stacking up so far against his peers from the 2013 class? Here's a table showing the performance of other rookie TEs who actually made NFL rosters this season.

As you can see, the surprising leader in all categories is Redskins rookie Jordan Reed. What is perhaps most impressive about Reed, is that he has compiled better numbers than anyone else in his class despite playing 2 fewer games. Reed wasn't active in week 4 and the Redskins had a bye in week 5.

Now, part of Reed's success has been because of the circumstances in Washington. Fred Davis' lingering injuries and overall decline in play has elevated Reed to the top slot on the depth chart, but certainly the rookie has made the most of his opportunity. Plus, the Shanahans have used him in ways that they never used Fred Davis. Reed has seemingly assumed the role that was often played by Santana Moss last year as the outlet on all the designed sprint outs by RG3. So there's good reason to believe that Reed's role in that offense will continue to grow. 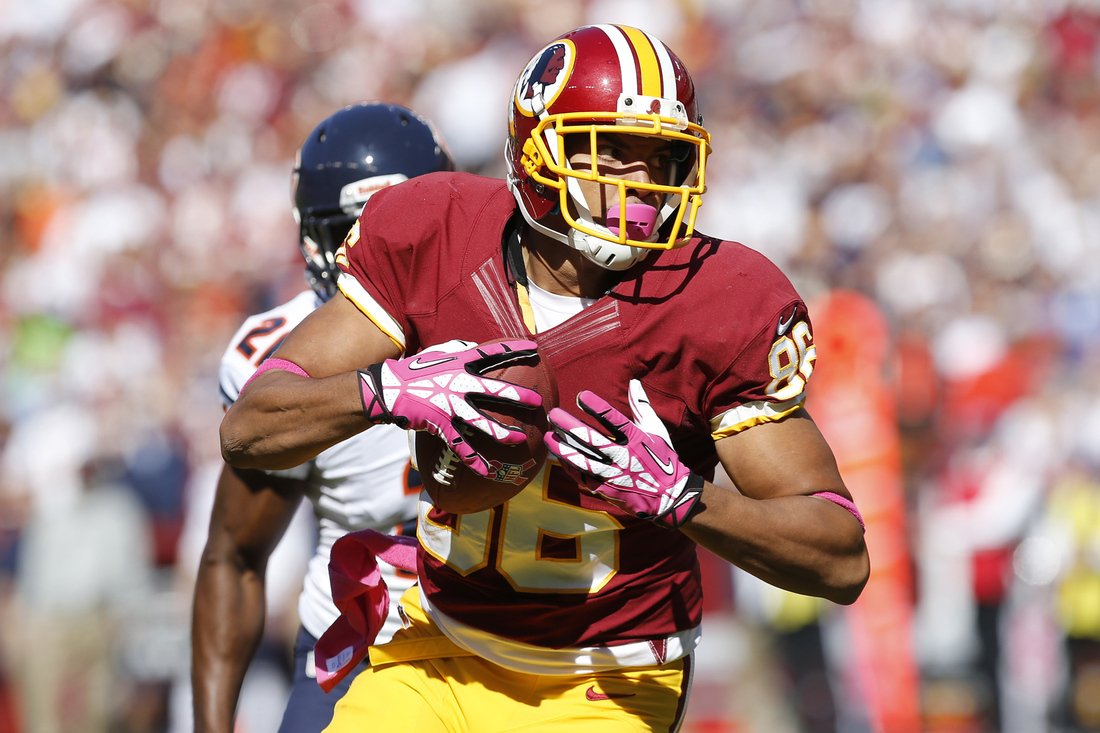 Outside of Reed, Ertz seems to be slotted pretty much in line with his draft class. The top pick, Eifert, has been more involved in Cincinnati and has pretty much equalled the output of Jermaine Gresham, the other Bengals TE. That may say something about the Cincy offense's focus on TEs though, because Ertz has also kept pace with his Eagles counterpart Brent Celek, who has 12 catches for 197 yards and a pair of TDs. The Eagles will likely be expecting to see the 6-5 Ertz get more involved as a red zone threat as the season progesses.

Other top picks at TE, such as the Cowboys Gavin Escobar and 49ers Vance McDonald have yet to really make any meaningful contributions. However, it's worth noting that both are behind established stars on their respective depth charts (Jason Witten, Vernon Davis). Travis Kelce, brother of Eagles center Jason and a pre-draft favorite of many BGNers has been sidelined since the preseason with knee injuries and was recently placed on IR.

Detroit's Dion Sims has probably the most unlikely stat line this season. 1 catch for 1 yard and 1 TD. Though the Falcons' Toilolo's 2 TDs from just 5 catches is pretty unlikely as well.

So what does all this say about Ertz so far? Mostly that he's been satisfactory so far. But certainly Jordan Reed's emergence means that he'll have a rival and point of comparison in his division for years to come. They weren't drafted all that far apart, but if Reed ends up developing into a clearly better player than Ertz, it will be some egg on the Eagles face.