All You Need to Know!

The Eagles enter Week 6 on a one-game win streak. However, if they want to keep pace with the Cowboys in the hunt for the NFC East, they will have to go down to Tampa Bay and come out with a win. With Nick Foles likely to start on Sunday, both Philadelphia fans and the Buccaneers will have to play a guessing game as to what the Eagles will do on the road.

The Eagles offense and defense took steps in the right direction in Week 5 against the Giants but now it is time to prove it was not a fluke. DeSean Jackson against Darrelle Revis will be the matchup of the game and the Eagles will have to utilize LeSean McCoy to open up passing lanes. The Buccaneers have a rookie quarterback in Mike Glennon and the key to throwing him off his game is to improve the Eagles pass rush. This game should be close and the turnover battle will likely dictate the winner.

When and Where to Watch

Eagles are 9-7 against the Buccaneers in the regular season, but 11-9 all-time (including playoffs). Philadelphia has won the last two games in the series. The last time the Eagles played the Buccaneers, Nick Foles led a game-winning drive and beat Tampa Bay with the score of 23-21. It was awesome!

Check out Bucs Nation for the Buccaneers' perspective on Sunday's game.

Former Eagles on the Other Sideline

By the way, if you see this jersey, please stop by and say hi: 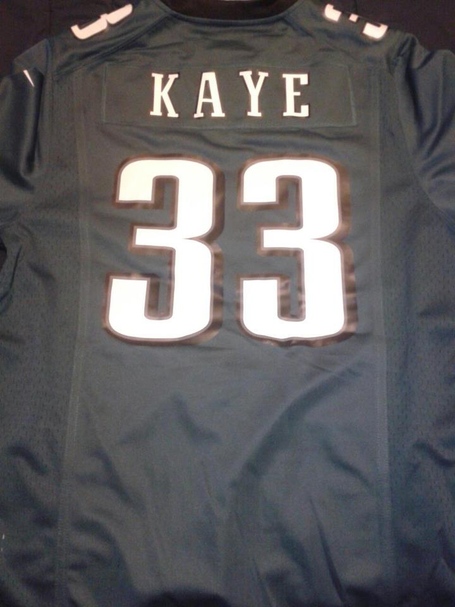