Share All sharing options for: The Linc - NFL's Overwhelming Support For Reid

Reid Service: 'Tremendous Grief & Love'
A church spokeswoman said about 900 people filled the facility, which she said contains the largest LDS chapel in the Philadelphia area. The chapel, the adjoining gym and all other rooms contained mourners, some watching on closed-circuit TV. Buses brought players from training camp at Lehigh and workers from the NovaCare complex. "It was a combination of tremendous grief and tremendous love, and of course, they go hand in hand," Eagles chairman Jeffrey Lurie said afterward. 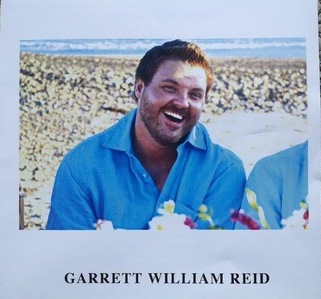 NFL community gathers for Garrett Reid's funeral
Houston Texans general manager Rick Smith made the long trip to pay his respects to the Reid family as did former Eagles quarterback Donovan McNabb, who makes his home in Arizona. "Andy was a rock,'' McNabb told USA TODAY Sports. "He was comforting everyone, that's why we're here for Andy.''

Garrett Reid's funeral draws 900-plus, including NFL luminaries - NFL.com
"Andy prides himself on being a rock. All of us in this business have to be like that a little bit," Mike Holmgren said. "But when it comes to something as personal as this, his humanness and who he is comes out, and that's OK. He reacted like every other father would react."

NFL Family Comes Up Big For Reids - Birds 24/7
Chris Berman exited the Church of Jesus Christ of Latter-Day Saints in Broomall Tuesday alone, with his head respectfully down, sunglasses on, and hands in his pockets. Steve Mariucci and Mike Mayock left side-by-side. Ditto Brent Celek and Todd Herremans, friends and teammates that always find their way next to one another in social settings. Slowly the estimated 900 people here to honor the late Garrett Reid, and the Reid family, trickled out.

Marcus Hayes: Eagles' world at Lehigh will never be the same following Garrett Reid's death
Nearly every significant player and every single coach at Lehigh University forever will connect this school and its dorms and the practice fields and the locker room with the shocking death of a 29-year-old who, a team statement issued last night implied, could not escape his past drug use.