Share All sharing options for: Comparing the safeties; Kurt Coleman and OJ Atogwe

This is the latest in a series we've be doing here on BGN written by John Breitenbach (@PFF_John), who is a big Eagles fan and best known for his work on Pro Football Focus. Check out the rest of the series here.

It's time to talk a little about the newest Eagle - former Ram and Redskin OJ Atogwe. I believe he's the perfect addition considering the question marks surrounding both Kurt Coleman and Jaiquawn Jarrett. He's probably a better player than Yeremiah Bell who the Eagles were also reported to be interested in. Atogwe was the best available in mid-June and he could do more than just hold down a backup spot.

First let's compare his coverage numbers (09-11) to a couple of other veteran safeties the Eagles added in the past few years (all statistics via PFF):

As you can see from the table, Atogwe is the best veteran safety the Eagles have added. Despite being targeted more than Jones, he allowed fewer big plays as well as coming up with eight interceptions. Page played decently last preseason but is only really an average cover guy and is a terrible tackler ...

Not only is Atogwe good in coverage, he's also a solid wrap up tackler. Even with Samuel in Atlanta, the Eagles may still have problems in that department with DRC and Asomugha on the outside. Both are poor tacklers overall, which puts a lot of pressure on the safeties.

Anyway now let's compare the 2011 seasons for both Coleman and Atogwe. Bear in mind this is a supposed down year for the latter:

Now it's likely Coleman will improve entering his third year in the league, but there's no doubt Atogwe was the better player in coverage last year. Their roles were slightly different, with Coleman playing closer to the line of scrimmage more often, but he still gave up over double the yardage on just over 100 more snaps. He also gave up five touchdowns, more than Atogwe has allowed in the past three years ...

Again, Atogwe was consistent at bringing runners and receivers down when they broke into the secondary. The same cannot be said for Coleman. His poor tackling cost the Eagles in a number of key situations; he whiffed on Victor Cruz's long touchdown and had a chance to make a stop on third and goal against the Cardinals when they scored to go-ahead score.

More after the jump. 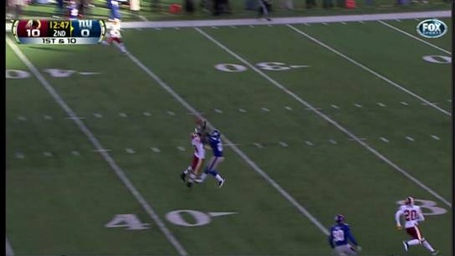 This is one of Atogwe's 2011 interceptions. Look how far away he is when the ball is tipped. 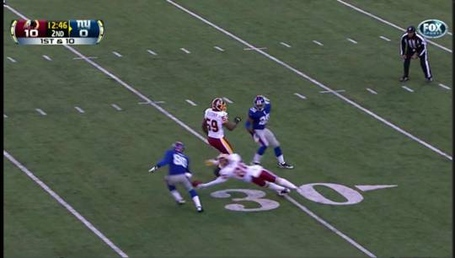 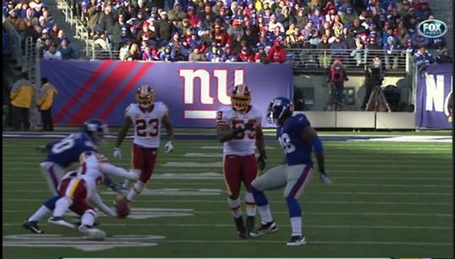 Not a bad play at all.

Here's a play from the Cowboys-Redskins Week 3 matchup. 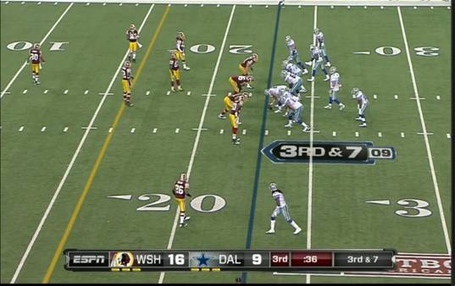 You can't even see Atogwe on this play but he's the deep safety on the near side of the screen.

The outside cornerback jumps the out route along with the Laron Landry who is deep on the far side of the screen, leaving Atogwe the only player capable of breaking up the play. 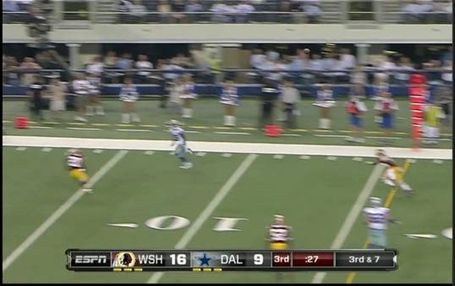 Atogwe breaks across to make the play. 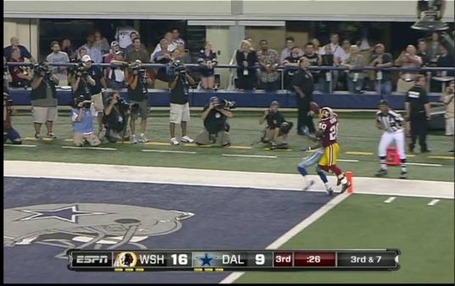 Now let's look at a play from the Cowboys-Eagles matchup.

Coleman has deep responsibility on this play and can't let anything over him. The TE runs an out and the right WR runs a deep go. 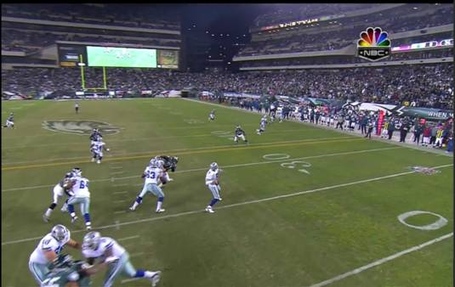 A combination of Witten's out route and Romo's pump fake draw Coleman up enough for Robinson to get behind him. 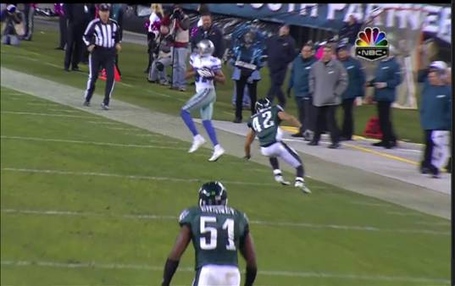 It's a long TD for Robinson.

Kurt Coleman is an easy player to like. He was a late round pick in 2010 who is one of the better special teams players on the team. Still that doesn't mean he wasn't one of the reasons for the Eagles' poor 2011 season and the team shouldn't look for an upgrade. Really though, so long as the coaches play the best player, this is a win-win. Either Coleman improves enough to claim the starting spot or Atogwe can step in and be the solid veteran the Eagles haven't had for a while.