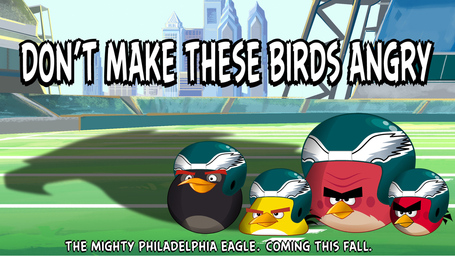 DeSean Jackson knows it's 'prove it' time - NFC East Blog - ESPN
"I expect a big year for myself," Jackson said on Tuesday after the Eagles opened their mandatory minicamp. "Like I say, this year is something I've been waiting for. I'm ready for training camp right now, honestly. I'm just ready to go into the season and just put up a lot of numbers for my team to help my team any way possible. I know this year is very important for the organization, coaches, players, everybody. It's big for everybody, so I think everybody realizes that."

Eagles' Boykin playing against childhood idol
Brandon Boykin grew up as a huge Michael Vick fan. Now, the Eagles' draft pick is going against him every day as he battles Joselio Hanson for the slot corner job.

Pair of cousins battling for Eagles' LB spot
Jamar Chaney and Brian Rolle are friends and actually cousins. Now, the two are battling for the Eagles' final linebacker position.

Eagles' 5-foot-9 Boykin looks to make big leap
Brandon Boykin already is second on the depth chart as the nickel cornerback and it could be only a matter of training camp before he bounds into first.