The Lord has blessed me to play in the NFL for 16 years. I would like to thank the Eagles & the Broncos 4 ... tmi.me/oOdDW

Brian Dawkins has announced his retirement after 15 seasons in the NFL. Drafted in the second round in 1996 by the Eagles, he played for Philadelphia until 2009 when he signed with the Denver Broncos as a free agent. He will be finishing his career as one of the greatest safeties to ever play the game. 1146 total tackles, 26 sacks, 37 interceptions, 36 forced fumbles, 9x Pro-Bowler, 6x All-Pro, NFC Champion, and the tenth member of the 20/20 club. Yeah, I would say it's a Hall of Fame career. Stats and accolades aside, nobody was a better leader, teammate, and probably person in my opinion to wear an NFL jersey. He epitomized how a football player should be on and off the field. He was universally liked and deserved to be.

I grew up watching Dawkins and have countless fond memories of him. He is my favorite Eagles defensive player and will always will be. I'm sure it's the same for many of you. I was fortunate to see him play at the Linc one last time in 2009 but sadly he played for the other team. He wasn't the fastest or the strongest but he gave all of his heart and soul into every single play. It was heartbreaking for me and pretty much every Eagles fan when he did not return following the 2008 season. The Eagles defense has not been the same since his departure to say the least. He spent 12 seasons with the Eagles and 3 with the Broncos. It's safe to say he will always be remembered as an Eagle. According to Jeff McLane, the Eagle have been in contact with Dawkins for the past few weeks and all indications are he will return to Philadelphia sometime this week to retire an Eagle. Reuben Frank took it a step further to report that Dawkins has told the Eagles he will retire here. Awesome. I could go all day talking about Dawk but I do have to return to work, "Goddogit!'.

Thank you for the memories. Thank you for representing the team, the fans, and the city like no other. Thank you for being an outstanding player and person. You will be missed. See you at the Linc when you officially retire an Eagle. 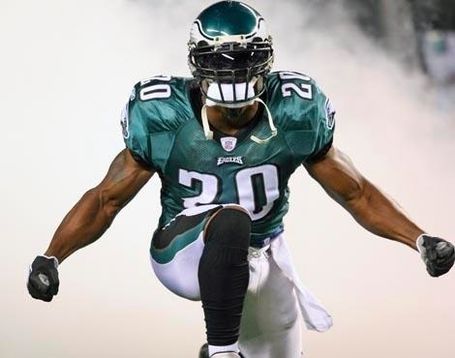