We've got another XFINITY fantasy football poll for this week. This time around its a matchup of QBs as we choose between Andrew Luck & Ben Roethlisberger, who just happens to be playing the Eagles this weekend. 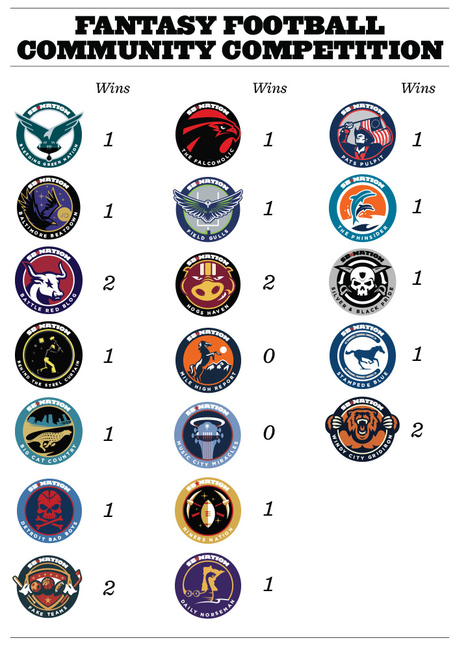 Week 4 of the NFL season saw the return of the real refs to the playing field, which dominated Twitter news feeds as many stadiums greeted the referees with ovations during introductions. Whether the referees return was a coincidence or not, the rushing totals of some of the top running backs were down in week 4. Our poll last week featured a battle at that very running back position as we looked at who would rush for more yards in week 4, Arian Foster (@ArianFoster) or Maurice Jones-Drew (@Jones_Drew32). Foster got the better of Jones-Drew by running for 86 yards on 24 carries and one touchdown, leading the Texans to their fourth straight victory. Jones-Drew faced one of the worst rushing defenses in the NFL in the Cincinnati Bengals, but could only muster 38 yards on 13 carries leaving some fantasy owners disappointed.

In this week's edition of The Extra Point Poll presented by XFINITY, we will take a look at two quarterbacks coming off of a bye week: Andrew Luck and Ben Roethlisberger (@_BigBen7). Luck will be at home to take on the Green Bay Packers on Sunday and will more than likely be airing it out as the Colts will need to keep up with the prolific Packers offensive attack. Luck will also have to contend with the Packers who own the NFL's seventh best defense against the pass, yielding 201 yards per game and eight touchdown passes through the first four games of the season. On the other hand, Ben Roethlisberger will be playing at home in Heinz Field facing the Philadelphia Eagles who are coming off a Sunday night win against their divisional rival, the New York Giants. The Eagles own the NFL's eighth best defense against the pass, giving up just 207 yards per game through the air so Roethlisberger will be challenged to put up big numbers for fantasy owners.

Which quarterback will throw for the most passing yards in Week 5: Andrew Luck or Ben Roethlisberger? Vote now in the poll below. And remember to tweet me all week long @XFINITYSports as I give fantasy tips and keep you posted on the latest NFL developments via social media.