Share All sharing options for: "Philadelphia Eagles All Time Leading Passer" Donovan McNabb Invites You To His Homecoming

Donovan McNabb is hosting a couple homecoming parties in Chicago this weekend and the advertisements for the parties are interesting to say the least. First, he's referred to as "Philadelphia Eagles all-time leading passer and future Hall Of Famer." For one, while he may hold that record for the Eagles, he is currently the QB of the Redskins, which you would think would be the primary way to identify him. Second, "future hall of famer?" He could get there one day, but that's hardly a forgone conclusion right now.

In another ad, he's referred to as "NFL Superstar" but is shown wearing an Eagles jersey.

After the jump, we've got yet another ad where once again he is shown in an Eagles jersey. So if you're in Chicago and you have $40, you can hang with Donovan McNabb this weekend. 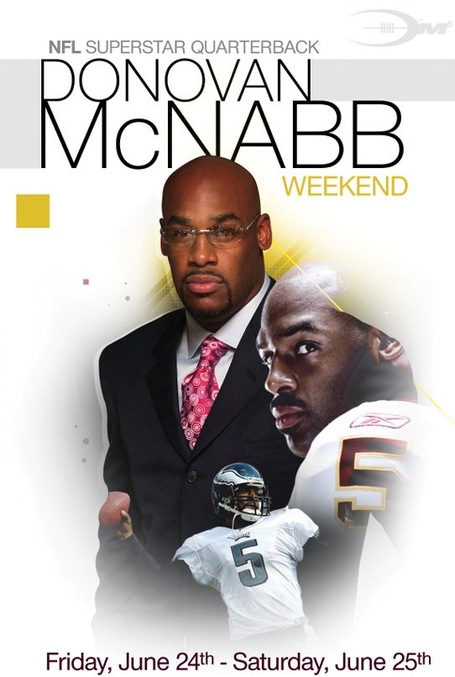