Share All sharing options for: Osi Umenyiora calls LeSean McCoy a "Chihuahua," "Lady Gaga," and "she"

As for McCoy, Osi referred to him as a "Chihuahua" and "Lady GaGa" and said: "She can say whatever he wants about it." #Giantsless than a minute ago via web

Reacting to LeSean McCoy's assessment that Osi Umenyiora is "Overrated n soft," Umenyiora struck back (I guess). Honestly, I don't have the slightest idea what Osi means by either "chihuahua" or "Lady Gaga." I guess "chihuahua" because McCoy is 5'11 and a little over 200 lbs.? Good one, Richard Pryor Osi. But I'm going to need some help on "Lady Gaga."

As for "she," I like that Osi starts by saying "she" in the first part of the sentence, then "he" in the second in the second part. I guess somewhere in between he remembered that McCoy accounted for 217 yards against the Giants last season, and realized that he is indeed very much a man. 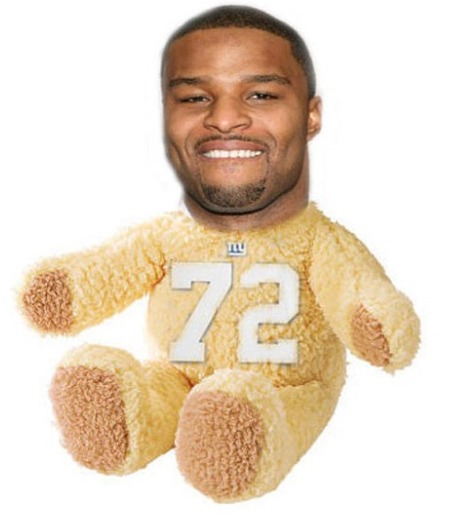