Share All sharing options for: 2011 NFL Draft: Time To Pick The Pick

The 2011 NFL draft starts tomorrow night and of course yours truly will be on hand at Radio City to get all the news and reactions from there. Obviously for us, the most important thing is what the Eagles do with their first pick. 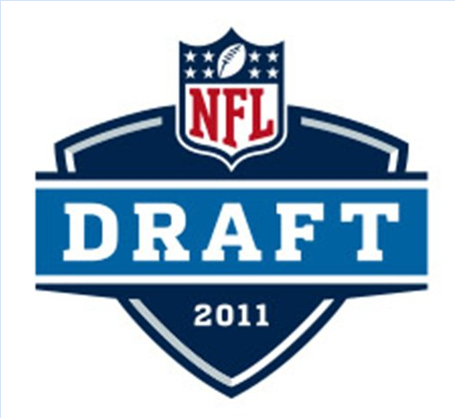 So let's try to predict. First, let's weed out some positions that we can safely assume they won't draft in the first round.

QB - They may grab a QB in this draft and it might be higher than some think, but it's not going to be in the first round.

WR - They're pretty much stocked here.

TE - They're decent enough at the position, but more than anything there's no TEs worth taking in the first.

RB - They could very well grab a back at some point, but I really doubt they would think there's much value in taking a back in the first.

Safety - If Quintin Mikell walks, getting another safety would be smart, but there are none worth taking in the first.

So that leaves us with a few remaining needs, although not all are likely picks. We'll go over them and have the poll after the jump.

Corner - A real possibility if the right guy is there. This is a clear need and there's three good corners in the first round and any one of them could make for a good trade up target.

Linebacker - I don't think many would argue that the Eagles could use an upgrade here, but they've really never shown that they value the position enough to spend a first round pick on linebacker. That could always change of course, but for now I think it's a longshot that the Eagles take a LB, so let's put this one aside.

Offensive line - Definitely a need, but there's some question about whether they think anyone will be worth taking in the first. Howie Roseman said this week that they thought the top of the OL class wasn't that great, but there was talent to be found after the first. If a guy like Carimi or Castonzo happen to be there, I think they could take them... but if they're with guys like Sherrod or Solder, I think they'll pass.

Still, it's enough of a need and a position they value that we'll put it in the poll.

Defensive line - I figured I wouldn't separate defensive end and defensive tackle. I don't know that this is a major need, but the Eagles philosophy is that you can never have enough good lineman. So really it's always a possibility and there's a lot of interesting guys that could potentially drop in the first.