Michael Vick Is Hosting Another Party, Brings The Swat Team

Share All sharing options for: Michael Vick Is Hosting Another Party, Brings The Swat Team 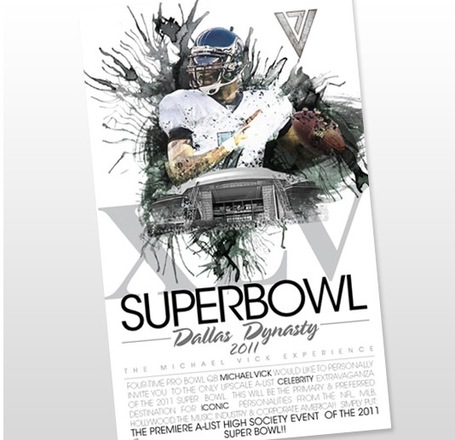 TMZ is reporting that Michael Vick is hosting a Superbowl party down in Dallas this weekend. Of course, we all remember what happened last time he hosted a party... someone got shot and his whole comeback was thrown into doubt. With some lessons learned from that party, Vick has taken some extreme measures to ensure there's no repeat of what happened last time.

Here's a list of the security that will be patrolling the event.

-- Mike Vick will bring his own private security team
-- The NFL is providing a security detail
-- The club is bringing in extra members of their own security staff
-- Guests will be searched and wanded on the way in.

The story also says that three off duty SWAT team members have been hired to patrol the vicinity as well. Barring a call to the national guard, it seems like everyone involved has done pretty much everything they can to make sure we don't see a repeat of the last time Michael Vick held a party.

UPDATE by Bob_Q [3:55 PM EST]: According to Jeff McLane, Vick will not be attending his or anyone else's Super Bowl parties. Lesson learned, I suppose.