Yesterday, Reuben Frank wrote that he was "convinced" that the Eagles primary target in their defensive coordinator search is Packers secondary coach Darren Perry. Now, the Milwaukee Journal-Sentinel is citing a NFL source who confirms that the Eagles will ask to interview Perry shortly after the Superbowl. 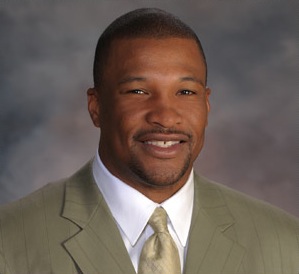 Perry certainly seems like an extremely qualified candidate who has both played and coached in the NFL while working under some of the best defensive minds in the game. Tommy Lawlor discussed him more in depth yesterday in a piece I recommend you read if you're looking to learn more.

Something worth noting is that the Packers do not have to allow the Eagles to interview Perry. Considering that Philadelphia is one of their top competitors in the NFC, Green Bay would have good reason to try and keep one of their top assistants away. Under NFL rules, there is no difference between a coordinator and a position coach. There are simply "head" coaches and "assistant" coaches. A team can not deny an assistant the chance to interview for a head coaching job, but they do not have to allow any assistant to interview for a coordinator job. That said, Bob McGinn of the Journal-Sentinel doesn't think the Packers will stand in Perry's way.

At the same time, McCarthy has spoken fervently in the past about being pro-career advancement for his coaches. Plus, he has another outstanding secondary coach in Joe Whitt Jr., who coaches cornerback in a co-equal arrangement with Perry.

Perry has just one year remaining on his contract with the Packers, so it would stand to reason that he might be looking for an advancement anyway.