With one rookie down, what are the odds of the other 2010 draftees cracking the 53-man roster?

Share All sharing options for: With one rookie down, what are the odds of the other 2010 draftees cracking the 53-man roster?

With Charles Scott being shipped off to Arizona in return for rookie corner Jorrick Calvin, let's take a look at the odds of the remaining rookies to make the 53 man roster...

Trevard Lindley, 4th round pick (105th overall) - What a pleasant surprise this kid has been.  He earned some time with the 1's as the nickle corner against Kansas City when Ellis Hobbs was out briefly and managed to intercept Matt Cassel.  He also had an excellent camp.  There are so many corners fighting for roster spots right now (Dimitri Patterson, Joselio Hanson, and even the CB turned FS turned CB turned FS, Macho Harris), that I can't give him the 100%, but he's close.  I'm sure we'll get to see Trevard in extended playing time against the Jets.  99%.

Keenan Clayton, 4th round pick (121st overall) - Clayton has been a polarizing rookie this year.  With an overload of linebackers vying for limited roster spots, some see him as a player that's very much on the bubble - I wonder what exactly those folks have been watching.  All throughout camp, he was around the football, and that trend continued in the preseason games, as he had a really athletic sack in the Jags game, and a nice read/interception in the Bengals game.  Clayton is a dynamic, fast player that has already shown he can be a playmaker.  I'm sticking my neck out for you a little on this one Keenan, but... 90%.

Mike Kafka - 4th round pick (122nd overall) - He a project, and with Michael Vick's status with this team in doubt following the 2010 season, he could very well be the 2nd stringer next year.  He certainly quelled some of my doubts last week with that game winning drive vs. the Chiefs, and the coaching staff loves him.  99%.

Clay Harbor - 4th round pick (125th overall) - He's currently the Eagles #2 TE, and his only real competition for that job could come from another team's cuts, and even then, he's proabably still likely to stick.  97%.

Ricky Sapp - 5th round (134th overall) - He was the Eagles' draft darling, but has disappointed thus far.  Sapp has been all but invisible, and with his latest injury, Sapp's chances of making the 53 man are slim to none.  Redshirt, anyone?  5%. 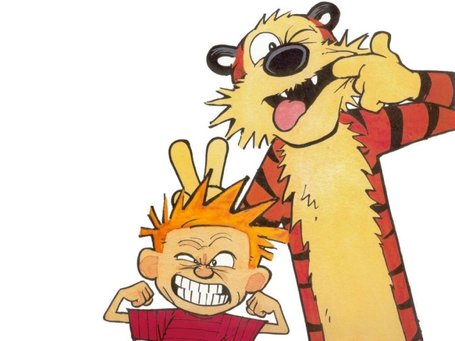 Jorrick Calvin, 6th round (201st overall) - If Jorrick Calvin makes the team, and somehow a chain of events occurred leading to a situation in which he started opposite Ellis Hobbs, we'd have a starting combo of Calvin and Hobbs.  While the thought of that might be too difficult to pass up, the fact remains that the corner position is stacked with roster hopefuls.  I'm not going to pretend I know anything about Calvin's game, but let's just say he has an uphill battle.  2%.

Jamar Chaney, 7th round (220th overall) - Very interesting one here, and another draft darling.  When the Eagles traded Joe Mays, I felt that boded well for Chaney.  He's versatile (can play all 3 LB spots), and the Eagles traded a 6 next year to get him.  But his performances in the preseason haven't been good.  He's been dominated in the run game, and although he has made a few tackles on kickoffs, he also has a special teams penalty to his credit (I believe for offsides, which in unacceptable).  If the Eagles keep 7 linebackers, he'll have to beat out either Tracy White or Moise Fokou to stick.  If they only keep six, he'll have to beat out both of them.  True bubble player here - He's fading, but I suspect he'll get a ton of work against the Jets.  35%.

Jeff Owens, 7th round (243rd overall) - Pretty simple one here - It's Owens vs Antonio Dixon, and I'd say they're about neck and neck.  If the Eagles truly believe that both Owens and Dixon are about even, I would have to imagine they'll give the nod to Owens, but there's also the slim possibility the Eagles find their 4th DT elsewhere.  45%.

Kurt Coleman, 7th round (244th overall) - Coleman is probably the Na Brown runner-up at this point behind Riley Cooper.  Great camp, good preseason.  Still, there are battles at safety.  96%.

Austin Howard, UFA - He's the most likely of the undrafted free agents to make the roster, and has clearly outperformed King Dunlap both in camp, and in the preseason.  I think he sticks.  67%.