What to watch for tonight - 2nd Preseason Game - Eagles vs. Bengals

Share All sharing options for: What to watch for tonight - 2nd Preseason Game - Eagles vs. Bengals 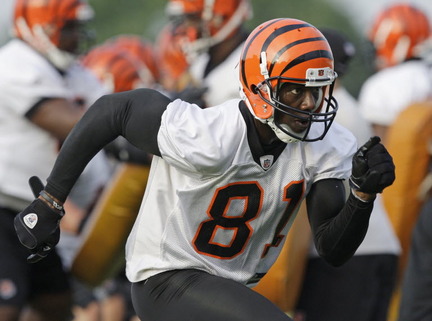 They say the 3rd preseason game is the "dress rehearsal" for the regular season, and usually the best of the preseason games in terms of getting a preview at what the team will look like when it counts.  However, with the 1st teamers scheduled to play the entire first half tonight, I'm thinking tonight's game vs. the Bengals will be our best sneak peek at the 2010 Philadelphia Eagles.

We saw a lot of positives in the Eagles win over Jacksonville last Friday, but there's still work to be done.  There will be a few things I'll be watching for tonight...

Kick coverage - The Eagles' kick coverage team was terrible in the first preseason game.  The Jaguars racked up 257 yards on 7 kick returns, including individual returns of 41, 68, and 46 yards.  That must improve, and for now, has me at least mildly worried.  The Eagles have one of the best in the business coaching their special teams in Bobby April, and I'm interested in seeing how the Eagles recover from that performance.

Tackling - The Eagles' defense did a spectacular job of tackling against Jacksonville.  I didn't see a missed tackle until the beginning of the 4th quarter.  That's extraordinarily rare for a first preseason game.  The Bengals should provide a great challenge tonight.  The have a very physical offensive line, a bruising running back in Cedric Benson, and big, talented receivers that can break tackles, including of course our old friend Terrell Owens.

The secondary - The Bengals are absolutely stacked at WR, so no matter when Marvin Lewis decides his first team has had enough, the Eagles secondary will be tested all night.  We all know what we have in Asante Samuel and Quintin Mikell by now, but this will be our first extended look this season at Nate Allen and Ellis Hobbs, who were only on the field for a total of 6 plays against the Jags, due to two 3-and-outs.  I'll be looking to see if rookies Trevard Lindley and Kurt Coleman continue their strong play, and if Joselio Hanson can regroup after a poor showing last Friday.  Hanson may even start tonight if Samuel isn't ready to go as he recovers from a dinged up hamstring.  Also of interest is how Quintin Demps looks after being injured last week, and what role Macho Harris plays as he tries to fend off the scrappy Dmitri Patterson.

The first team DL rotation - How many snaps will Brandon Graham get?  Daniel Te'o-Nesheim?  Trevor Laws?  Will we see Darryl Tapp mix in with the 1's?  Will Sean McDermott reveal any exotic looks, dropping D Linemen into coverage?

Mike McGlynn and Austin Howard - Nick Cole will sit another one out tonight, which means McGlynn gets another test as the starting center.  He played well against the Jags, and he'll have an entire half to impress tonight.  Howard, meanwhile, is surprisingly making a very strong case to make this team.  If he continues to play the way he did against the Jags, King Dunlap will likely be looking for a new job very soon.

Ernie Sims - Big Ern has been perhaps the most (*cough*) aggressive player in camp, and like the rest of the first teamers last week, we saw very little of him.  I'm excited to see him beat up on some Bengals tonight instead of his teammates.

The backup TE's - Clay Harbor is a lock to make the team, and is the clear #2 TE right now, but he didn't get any passes thrown his way last week.  I'd like to see him get involved in the offense with the 1's tonight.  For Cornelius Ingram, it's do or die time.  I'm rooting for him, but his chances of sticking with the team are in serious jeopardy.

What will you be watching for?