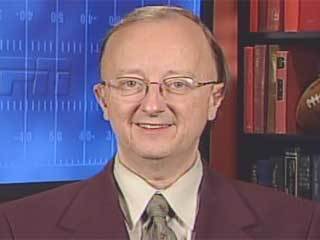 That makes the Eagles the best team in the bottom half of the NFL.  Woohooooo!  The 17th overall ranking was based on the input of 4 ESPN 'experts' - John Clayton, Mike Sando, Paul Kuharsky, and James Walker.

Kuharsky gave the Eagles the highest ranking among the group at 12th, Sando and Walker each ranked them 16th, and John Clayton ranked the Eagles an unconscionable 22nd, below such teams as the Panthers, Redskins, and Bears.  The team directly under the Eagles at 23, you might ask?  The Oakland Raiders.