Could LT be the most important position in the NFC East this season?

Share All sharing options for: Could LT be the most important position in the NFC East this season?

What do the following players have in common?

Those are the pass rushers that the NFC East Left Tackles (Jason Peters, Doug Free, David Diehl, Trent Williams) will all have to face this year. Peters won't have to face Cole of course, Free will avoid Ware, Diehl won't see Umenyiora, and Williams won't have to block Orakpo. But otherwise, barring injury, this is what the NFC East Left Tackles have to look forward to this year. Also of note is that Doug Free will also have to face Will Smith and Joey Porter, and Jason Peters will line up against John Abraham.

Of the players mentioned at the top...

- Only Derrick Morgan has never been to the Pro Bowl, because he's a rookie. He was selected 16th overall in the 2010 draft by the Titans.

- The only 2 players with only one Pro Bowl appearance are Clay Matthews and Brian Orakpo, who were both rookies last year.

- The rest have all been to the Pro Bowl at least twice, and the aggregate number of Pro Bowls among them totals 30, which is extraordinary considering the majority of them are still very young.

After the jump, we'll look at each of the Left Tackles in the NFC East, and ask which player you'd be most comfortable with when facing this elite cast of pass rushers.

What does this graph show?

I'll preface by saying that NFL defenses are extraordinarily complex, and it's not as if Jason Peters will always be lined up one-on-one vs. Clay Matthews on every play Week 1 against the Packers. And it's not like the Cowboys will always line up Demarcus Ware on the right side of the D Line on every obvious passing down - They'll move him around to try to confuse the offense.

However, it is very reasonable to suggest that each of the NFC East LT's will see more than their share of these opposing pass rushers, and based on the chart above, one might conclude that an average LT will allow about 10 sacks this year. 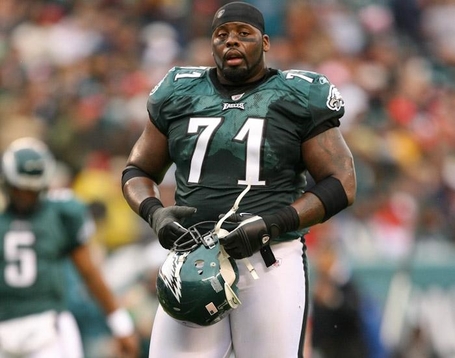 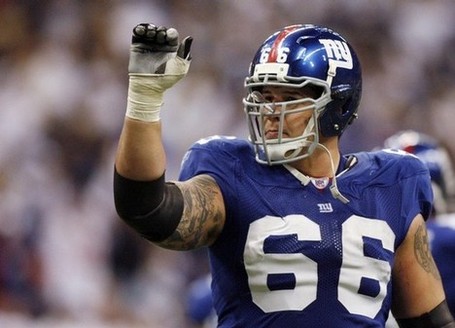 David Diehl was credited with giving up 7 sacks, 12 QB hits, and 26 QB pressures.

With the Eagles having so many injuries along the OL last year, Andy Reid basically put Peters out on an island and asked him to shut down their opponent's best pass rusher week in, week out. In a vacuum, 7 sacks may seem like a lot, but considering he had virtually no continuity with his OL teammates and often received no help whatsoever, he did a pretty remarkable job against an elite group of pass rushers, and his peers rewarded him with his 3rd consecutive trip to the Pro Bowl. The same can be said to a degree with David Diehl - In a vacuum, 7 sacks seems bad, but considering the opposition, I think you'd have to be happy with his performance if you're a Giants fan. He, too, made the Pro Bowl in '09. 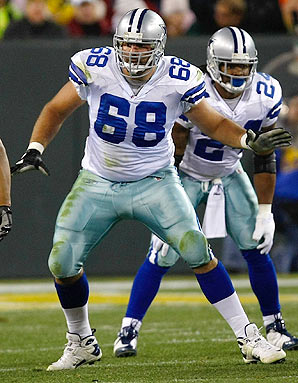 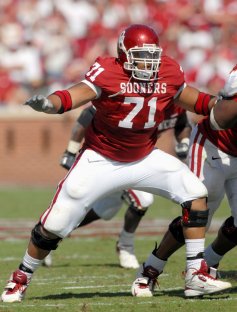 Both Free and Williams enter this season as first year starters. Free was drafted in the 2007 draft in the 4th round, and was put into the spotlight when the Cowboys rightfully cut the aging/declining Flozell Adams. He had some experience last year starting at RT for the injured Marc Colombo, and mostly played well. The Cowboys traded first round bust Bobby Carpenter for another first round bust, Alex Barron, either for depth, to compete for Free on the left side, or perhaps to compete with Colombo on the right side - Perhaps all 3. Jerry Jones insists that Free is his man at LT, and for now I believe him - To be determined. Williams was drafted 4th overall by the Redskins after a stellar college career at Oklahoma, but (not to oversimplify it)... He's a rookie. There's plenty of uncertainty for these two players.

Hat tip to Kevin Ewoldt of Hogs Haven for providing the inspiration for this piece.