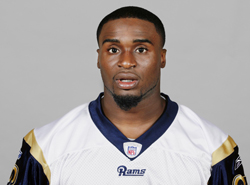 Put it in your calendar – Oshiomogho Atogwe Day is next Tuesday!  In case you’re unfamiliar, I’ll give you the short version on the Atogwe situation.  There are 3 basic scenarios, one of which will play out by June 1…

At this stage in the game, all reports indicate that scenarios 1 and 2 are extremely unlikely, meaning that on June 1st, Atogwe will most likely no longer be a Ram, and will be free to sign with any team that is interested in employing his services.  Should the Eagles be interested?  There are 2 major reasons why the Eagles should, and shouldn't, sign him... 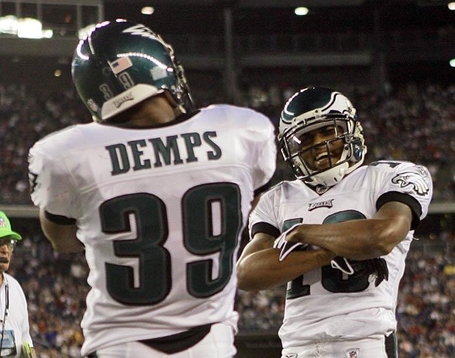 -          Marlin Jackson – After being placed on Injured Reserve each of the past 2 seasons because of a couple torn ACL’s, Jackson is about 6 months removed from surgery and multiple reports say that he was noticeably hampered in his first minicamp.  The hope is that he will regain the promise he showed in his first few healthy years with the Colts.

-          Macho Harris – Let me first say that I like Macho Harris and I genuinely see some real promise in the kid.  When you play one position your entire football life, and the first time you ever step onto an NFL field you’re playing a position you’ve never played, guess what… There are going to be some mistakes.  That said, he had his ups, he had his downs.  The hope is that with an entire offseason at safety under his belt, he can elevate his game… (And of course the other option is a move back to corner).

-          Quintin Demps – Ah, the entitled one.  Demps thought the FS job was his last season, and when Week One rolled around… it wasn’t.  Talented guy, but a bit of a bonehead.  The hope is that he realizes his potential, wakes up, and gets his act together.

-          Nate Allen – 39th pick in a deep draft – Obviously the Eagles see something.  However, not to oversimplify it, but he’s a rookie.  The hope is that he can adapt immediately to the pro game.

Four players – Four "hopes."  To quote Michael Lombardi… "Never confuse ‘hope’ with a plan."  At least in this case, there are four "hopes," and if any of the four pan out, we’re in decent shape at FS, but they’re "hopes" nevertheless. 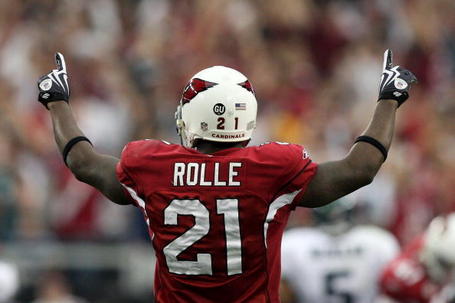 1)      He’s going to get paid – The Giants overpayed – way overpayed, that is – for Antrel Rolle.  They signed him to a 5 year, $37 million deal, of which $15 million is guaranteed, including a $5 million signing bonus and Rolle’s first 2 years’ base salaries.  That’s serious money, and Rolle’s contract will be a benchmark that Atogwe and his agent, Ken Landphere, will most certainly point to during negotiations.  Atogwe probably isn’t likely to fetch that kind of deal, but it won’t exactly be that far off either.

2)      He’s coming off a pair of injuries – Atogwe had major surgery to repair a dislocated shoulder at the end of last season, and he’s also coming off another annoying injury that Eagles fans are all too familiar with… the dreaded sports hernia.  His injuries are nowhere even remotely as serious as Marlin Jackson’s 2 torn ACL’s, but they should still be concerning.

I’m not going to claim that I’ve seen enough Ram games to really have a strong opinion with conviction on whether or not the Eagles should go out and pay a king’s ransom for Atogwe, but I’m sure they’ve done their due diligence on him.  If the Eagles feel that he can upgrade their current situation at FS, they’ll set their price and make their offer.  If another team chooses to overpay, so be it.

Ah… who am I kidding?  The real reason I wanted to write this post – andyreidswaistline's Atogwe photoshops!!! 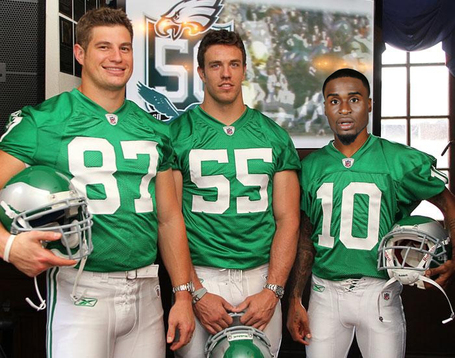 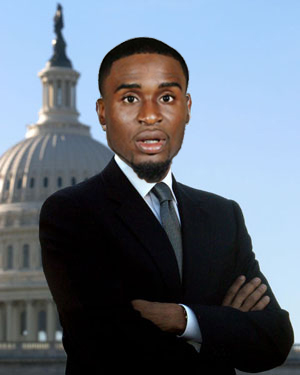 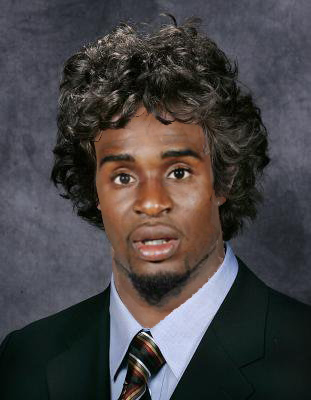