[Note by JasonB, 05/16/10 10:09 PM EDT ] Thwalls checks in with his firsthand report from the Men's Eagles Academy this weekend at the Novacare complex. Click here for more info on the event.

Edit: I added some of my photos to the bottom.

I had mentioned before that I was attending this on saturday, and if you happen to wander over to the Eagles website and look at the video of the day that they have, you'll see me acting like an idiot with my buddy Gerry (The actually interviewed us) - I informed them how I thought we were going to make the first cut.

The day started with drills at the Novacare complex, behind the building on their practice field which was ridiculously nice. We had to field punts, do some running drills, kick field goals, learn to pass with accuracy (which I can't do because my hands are too small), and also run the gauntlet drill that they run at the combine where you run 50 yards catching passes from alternating sides.

At one point I saw this big guy at our next station and I'm like, "that guy looks familiar." It turned out to be Winston Justice. The guy is absolutely a class act and was incredibly humble and just a genuinely nice guy. He jumped in on the gauntlet drill throwing the first pass and he got all into it. Instead of just standing there throwing the ball, he actually would pretend to drop back so he could step up and throw it to you. I can now say that I caught a couple passes from our starting right tackle.

Lunch was amazing there was a great spread that was delicious. I was assuming we'd just get sandwiches in bags, but it was much more than that.

After the field session we went in for these classes that started with defense and were broken up into 20 person groups. So my group walked into this small meeting room which is where the defense meets twice a week and sitting in a chair right up front is Troy Vincent. The guy was awesome. He broke down how the secondary is supposed to function and the requirements of a DB when they start a play.

Moreover, he was ridiculously candid. Something that was really interesting was that, he pointed to where Dawkins sat and said that Dawk wouldn't speak for the entire week. He would just come in, be respectful, work out, and then go home to his family. He wouldn't joke around, he wouldn't gossip, he wouldn't kid. He would just come in, work and go home. Then about 15 minutes before every game he would go up to every locker and look at you (at this point Troy walked up to a guy in the front row) and say quietly, "are you going to give the people what they paid to see?" But amazingly candid about McNabb, Sheldon, and Lito.

The second session was with Matt Nagy, one of our assistant coordinators whom some of you will recognize from Arena Football. Really nice guy, talked about breaking down coverages and walking through film. Then there was a class on officiating and rules from Jim Quirk who is the Head Umpire Trainer for the NFL. He also was the head umpire for the 2004 NFC Championship game. Also another awesome guy and since we were in a small group you could almost carry on a discussion with him.

Finally, we had a short class with the Assistant athletic trainer Chris Peduzzi, and somebody came out with an awesome question:

"So with Andrews, did he really have back pain or was all of his trouble in his head?"

and the trainer's response,

It was great day all the way around and I highly suggest that if you get the chance to do it next year, you take advantage of it because it was awesome.

I thought I'd post some pictures too, I don't have many (unfortunately) but here ya go. 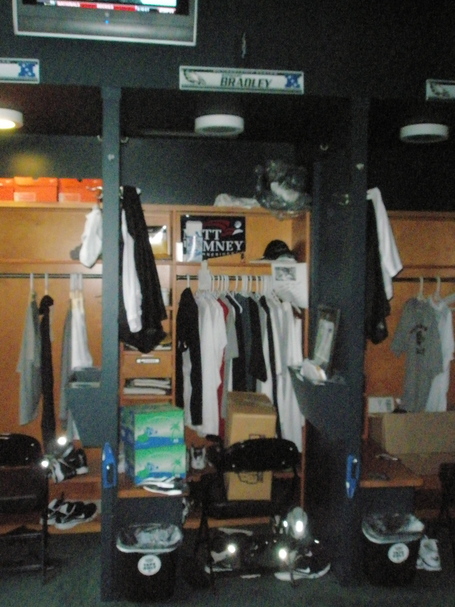 Entrance to the Workout Room 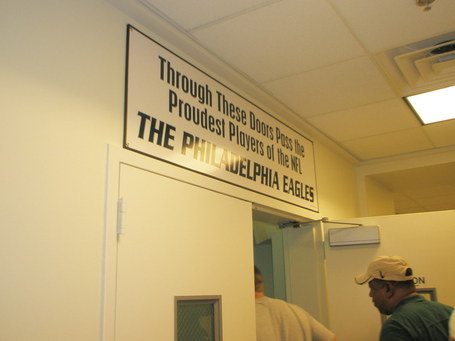 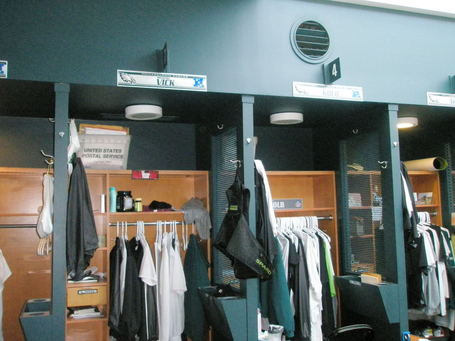 Jackson and Avant's Lockers (I was surprised that they were right next to each other, Maclin was to the right of Avant. I assumed that Avant is supposed to be the good influence on the two of them.) 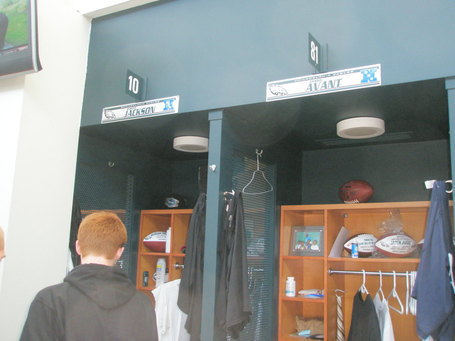 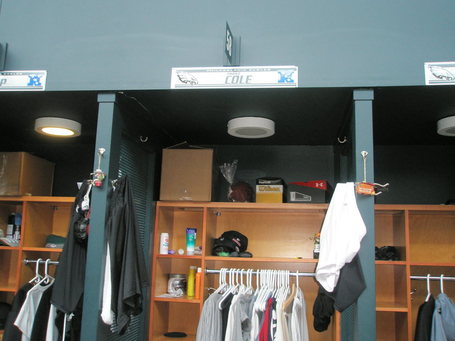 Me Smiling like an idiot with Troy Vincent (Awesome Guy.) 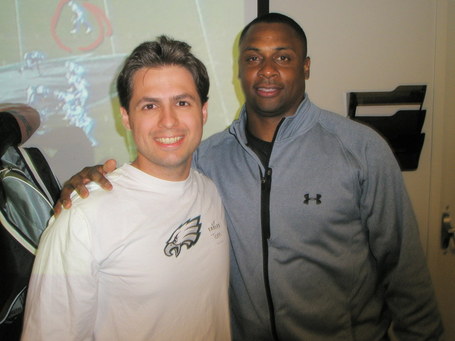 This was kind of surprising. This is the NFL Standards for equipment for your uniform and was right next to the exit. NOWHERE on this does it say that you can't where a hockey mask when you run out onto the field. 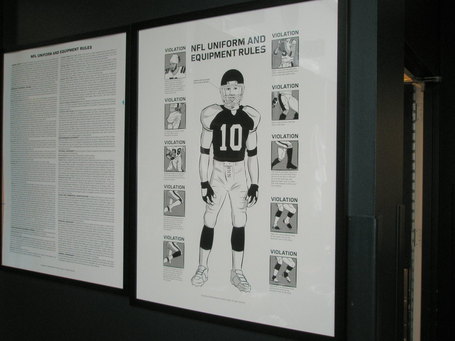 This was right next to the previous poster on the other side of the door. This included all of the illegal hits that you could make...also in the locker room. This made me laugh as well. 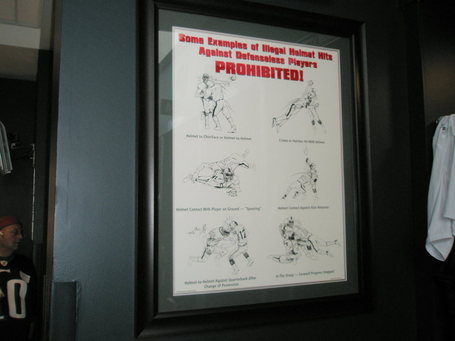