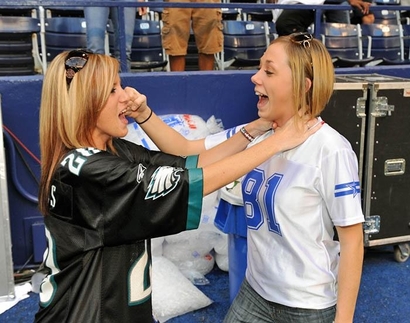 For a Cowboys perspective check out Blogging The Boys

The last game Michael Vick started against the Cowboys was December 16th, 2006. He threw four TD passes that day.

Only TE Martin Rucker, who spent some time with the Eagles and now rides the pine for the Cowboys.

The Cowboys lead the overall series Cowboys lead 58-44, and have won the last three. Andy Reid is 14-8 against Dallas in the regular season.